Find out how councillors spent your neighbourhood’s cash

Will Dick Page spend his penny?

It made him the butt of a few good humoured jokes at the council’s Neighbourhoods, Inclusion, Communities and Equalities Committee on Monday (2 July).

Councillors unanimously backed plans to continue with the £60,000 ward budgets project for 2019-20.

So far more than 65 organisations in the city have benefited from donations.

They are supporting the work of the free lunch and activity club charity Chomp in their ward and a project to revive the children’s playground at Farm Green.

Mr Yates said: “As a ward with over 40 per cent of children living in poverty we decided to focus our monies on projects working specifically with these children in the first instance.

“With the assistance of our £1,500 they were able to make a successful bid for a £70,000 grant to renew the play area – that’s a great investment return for the whole community!”

Friends of Farm Green works to improve the park, from weeding to managing the play area.

In Hangleton and Knoll he three ward councillors combined their money to put £3,000 towards security fencing by the entrance to Hove Medical Centre.

Conservative councillor Dawn Barnett said: “There’s been so much anti-social behaviour along the pathway down to Hangleton Road.

“It’s causing problems and frightening the elderly living in sheltered housing by knocking on windows. People were up all night.”

The £3,000 was topped up with a donation from the medical centre.

Mrs Barnett said that all was quiet and peaceful in the area now. 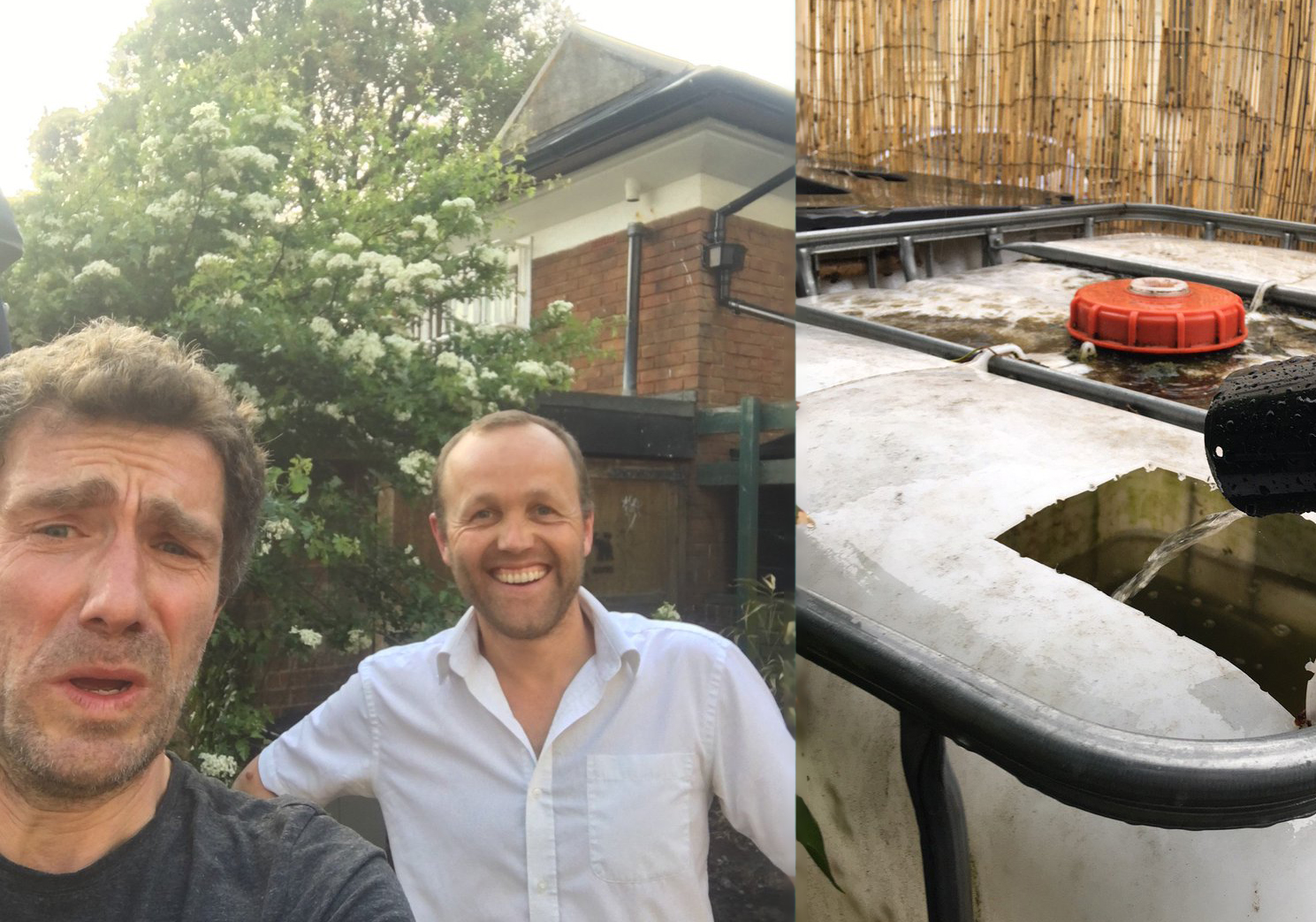 Cllrs Sykes and Druitt and the new water butt

An innovative project to harvest rain run-off from buildings in Norfolk Square and fill the water butts in the gardens had support from Green councillors Phélim Mac Cafferty, Ollie Sykes, Tom Druitt and Alex Phillips.

Councillor Sykes helped build the pipe system which was completed in late April.

During heavy rain on Tuesday 1 May the system harvested about 450 litres of rainwater for the gardens.

In East Brighton, Councillor Nancy Platts described the £3,000 spent on the new parkrun as “something free for life”.

She said: “parkrun, having walkers and joggers as well as runners, means it is open to everyone of all ages and abilities.

“It’s also a great way to meet quite a few people if you’ve just moved to the area.”

The latest figures show just £2,363.11 left to spend out of the £60,000 set aside for councillors to distribute to good causes in their wards.