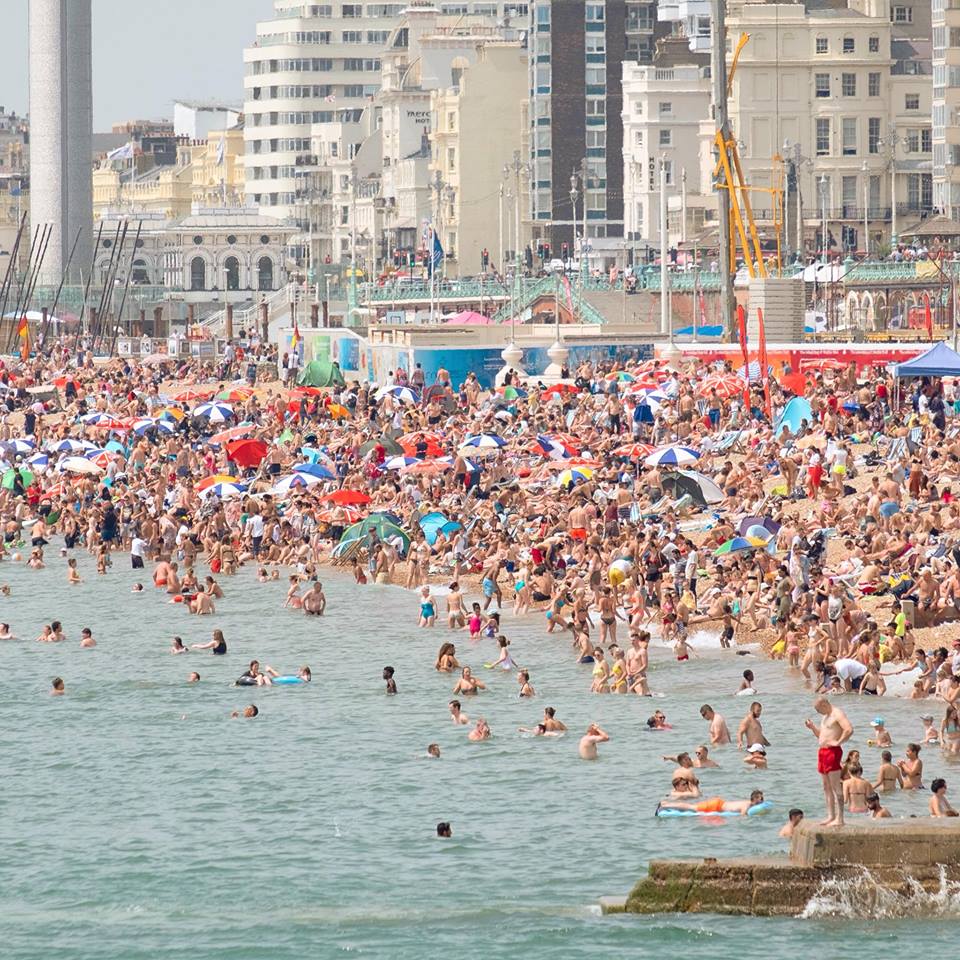 No rain has fallen in Brighton and Hove since a spot of drizzle on June 17 – with the last heavy rainfall in the area recorded on 30 May.

The Met Office says last June was the driest in Sussex since 1921 – although the summer as a whole has some time to go before it beats 1976’s record of 45 days without rain in parts of the south west.

Southern Water says its reserves are doing fine, and conditions are some way off being a drought – but it has urged people to conserve water as demand increases during a heatwave.

The nearest observing station to Brighton is at Shoreham Airport, and according to the stats from that site, the last rain fell on 17 June (0.2 mm) and before that there was 0.4 mm on 15 June. The last rain over 1.0 mm was on 30 May when 4.4 mm of rain was recorded.

Grahame Madge, a Met Office spokesman, said: “June 2018 will be remembered as an extremely dry month in the south of England. The historic county of Sussex only recorded 2.6mm rain in June 2018, which is only five per cent of what should be expected in an average June.

According to the BBC weather forecast, it won’t be until July 25 that the city will again see rainfall – just as the schools break up for summer.

Ben Earl. water efficiency manager at Southern Water said: “Water is a precious resource and it’s important that we all do what we can to reduce wastage, come rain or shine. Our customers are already among the most water efficient in the country but there are simple things you can do to reduce waste – and cut your water bill.

“Other tips include simple measures such as turning off taps when you’re brushing your teeth, swapping a bath for a four-minute shower and watering your garden with harvested rain can make a huge difference to water supply levels across the region.”