Police have asked for help finding a missing Brighton man who has a distinctive tattoo. 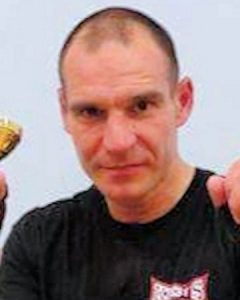 Sussex Police published a picture of 44-year-old Mark Mantell who, they said, has a grim reaper tattoo on his upper left arm.

The force said: “Police are concerned for missing man Mark Mantell from Brighton.

“Mark, 44, went missing from his home on Monday (16 July) and he was seen in West Street, Brighton, on Thursday afternoon (19 July).

“He is white, 5ft 10in, of medium build and with short dark brown hair.

“He has a tattoo on his upper left arm of the grim reaper.

“If you have any information on Mark’s whereabouts please report online or call 101 quoting reference 898 of 16/07.”