Formal complaints against members of Brighton and Hove City Council are being made at the rate of roughly one a month.

In all, a total of 17 complaints have been received by the council’s monitoring officer since 1 January 2017.

The figure was disclosed at the council’s Audit and Standards Committee in response to a public question.

The question came from suspended Labour Party member Greg Hadfield, a journalist and member of Momentum.

Mr Hadfield has been in public conflict with some Labour councillors, including in relation to a financial bequest.

The chair of the Audit and Standards Committee, Conservative councillor Joe Miller, said: “A total of 17 formal complaints of behaviour contrary to the code of conduct for members have been received by the council’s monitoring officer since 1 January 2017.

“This figure comprises all complaints formally made against councillors during this period including but not only allegations of disrespectful behaviour.

“There is a balancing act to be achieved between ensuring fairness to complainants and to those councillors who are the subject of a complaint.

“The council’s procedures aim to make sure that only those complaints which are both capable of amounting to a breach of the code of conduct and which are in the public interest to progress are investigated.”

The council consults one of its two independent members to try to ensure that sure matters are handled in a fair and objective way. 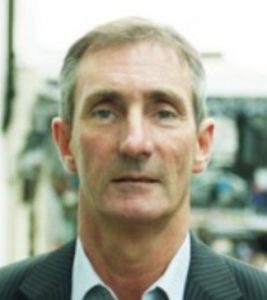 Mr Hadfield asked if councillors received personal development training, saying that he had been unfairly accused of “employing sleazy Fleet Street practices” and knew of a person who had been wrongly accused of being a holocaust denier.

Councillor Miller said that he could not comment on specific complaints but councillors did receive regular training, with social media guidance updated in July last year.

He added: “Your concerns are noted. The council takes this very seriously and it is constantly reviewed.

“We will take your suggestions forward.”

Correction: Mr Hadfield has never been accused of being a holocaust denier but made reference to accusations against others. Brighton and Hove News is happy to correct and clarify this information.