The former chief executive of Brighton and Hove City Council is to chair the board of the NHS trust that runs the Royal Sussex County Hospital.

Mr McCarthy, who also spent a year chairing the old Brighton and Hove City Teaching Primary Care Trust, grew up in Moulsecoomb before training as a civil engineer.

In his new role, he will also chair the board of Western Sussex Hospitals, which runs Worthing General Hospital and St Richard’s Hospital in Chichester.

Mr McCarthy is credited, along with former BSUH number two Michael Wilson, now the chief executive of SASH, of transforming the trust.

And in a farewell address at SASH, Mr McCarthy said that it had taken “a very special opportunity” to prise him away.

BSUH deputy chief executive George Findlay, who also serves a chief medical officer, said: “Having lived and worked locally for much of his life, Alan says he knows from personal experience how talented, committed and caring staff are in each trust.”

Mr Wilson said: “Alan has made a fantastic contribution to the successful transformation of SASH and the significant improvements to patient care over the past eight years and SASH has benefited greatly from his extensive experience and energy.

“I want to personally thank Alan for his positive counsel and mentorship not just for myself but for our board too. I recognise the very good reasons behind his decision to move to a new challenge. He will be missed.”

Mr McCarthy said: “It is with a very heavy heart that I leave SASH and my thanks go to Michael, the members of the board and everyone at SASH for their support and commitment.

“I am confident that under the excellent leadership of Michael and his team that the improvement journey will continue apace. 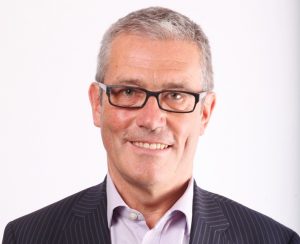 “It has taken a very special opportunity to prise me away from SASH. Western Sussex, like SASH, is a high-performing trust, just along the coast from where I live.

“BSUH is a trust on an improvement journey located in my home city. It really is the perfect opportunity for me to continue my contribution to the NHS.”

Mr McCarthy, who has spent the more than 40 years as a public servant, the last nine in the NHS, is due to take up his post in the late summer or early autumn.

Non-executive director Patrick Boyle will serve as interim chair until he starts.

Mr McCarthy is expected to be introduced at the BSUH AGM (annual general meeting) this afternoon (Tuesday 31 July).

The trust runs the Royal Sussex, the Royal Alexandra Children’s Hospital and the Sussex Eye Hospital in Kemp Town and the Princess Royal Hospital in Haywards Heath.