A crackdown on the number of shared houses in Brighton and Hove is taking too long for Moulsecoomb and Bevendean residents.

At a Neighbourhood Action Plan (NAP) meeting, council planning officers said that proposed new controls on houses in multiple occupation (HMOs) would be the toughest in the country if they go through.

But there was an angry reaction from many at the meeting yesterday (Wednesday 8 August) because if the controls are agreed, they will not take effect until 2021.

In the meantime more family homes are being turned into student houses in the area.

Moulsecoomb resident Wayne Metcalf said: “The way things are going we will have no community.”

Mr Metcalf said that his home was almost surrounded by HMOs.

Moulsecoomb and Bevendean’s Labour councillors Daniel Yates, Anne Meadows and Mo Marsh all wrote to object, along with people living in the area.

John Marchant, who represents East Central Moulsecoomb on the council’s housing panel for the area, said: “Do you listen to people when they put objections in?

“Why, when our ward councillors objected, do these still get voted through?

“Our ward councillors represent the people of Moulsecoomb. They listen to use and put forward our views” 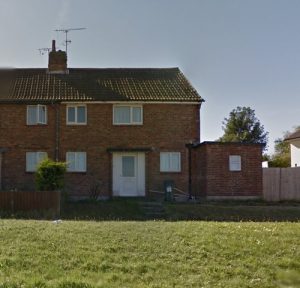 Principal planning officer Steve Tremlett said that it was not possible to put a blanket ban on shared houses in the area but, he said, officers would consider wider issues.

The three state primary schools serving the community have all seen a significant drop in pupil numbers.

For 2018-19 Moulsecoomb Primary, once a three-form entry school, had 29 pupils taking up its 90 available places.

Bevendean Primary, once a two-form entry school, had 28 children taking up its 60 available places.

A play group in the area has also closed down.

The new proposals for extra limits on HMOs are part of the council’s City Plan Part 2, which is currently the subject of a public consultation on the council’s website.

There are approximately 5,000 HMOs across Brighton and Hove, housing a mix of students, young professionals and people on low incomes. 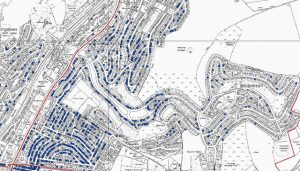 At the moment there are limits on the number of new shared house in five council wards including Moulsecoomb and Bevendean.

It limits licensed HMOs with more than three people living together, who are not a single household, to no more than 10 per cent of houses within a 50-metre radius.

Principal planning officer Steve Tremlett explained at the NAP meeting how the council has one of the toughest HMO policies.

He said: “Ten per cent in 50 metres is one of the toughest in the country.

“If we got this through then it would be the toughest in the country.”

There are 12,445 purpose-built student bed spaces in Brighton and Hove, while the two universities have more than 30,000 students combined.

The majority live in Hollingdean and Stanmer and Moulsecoomb and Bevendean  wards.

Hanover and Elm Grove and St Peter’s and North Laine wards are the next most popular with the student population.

To find out more about City Plan Part 2, visit the council website.