Extra floor ruled out for Hove block of flats

Neighbours applauded as plans for an extra floor on top of a modern block of flats were rejected by councillors.

They threw out the proposal for the flats in Stoneham Road, Hove, saying that it did not comply with Brighton and Hove City Council’s policies.

These were listed as

The modern block is next to the former Maynards Sweet Factory, now converted into flats.

Conservative councillor Robert Nemeth addressed the council’s Planning Committee on behalf of people from the area.

Most of the neighbours in the surrounding streets spoke with Councillor Nemeth and fellow Wish ward Conservative councillor Garry Peltzer Dunn about their objections.

Councillor Nemeth told the Planning Committee: “What we are looking at is a poorly designed building that already shows complete disrespect toward everything around it with a proposal to make it even worse by showing absolute contempt towards one of the finest buildings in the area.”

The application was deferred from last year after the committee asked for further detailed drawings.

Councillor Nemeth added: “If the applicant felt they had addressed the point, they would proudly be displaying a CGI mock-up with smiling residents of Stoneham and Alpine Roads walking their dogs and pointing in delight.” 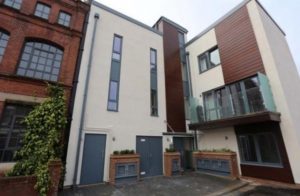 Labour councillor Jackie O’Quinn said: “I cannot see that this is going to add to the area.

“I do not like the idea of putting something up on top of a building.

“They should have applied for four storeys instead of building them afterwards.”

Conservative councillor Lee Wares said: “I have concerns about the balcony.

“If you develop this area you entice people to use this area, regardless of conditions.”

Councillors voted nine to one to reject the application.