Two stolen shotguns have been found stashed outside flats in a Hangleton cul de sac. 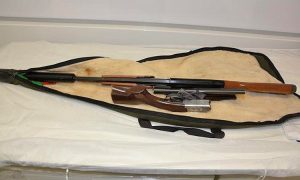 According to police, they were stolen in a burglary in Dorset two years ago.

Sussex Police said: “Police are appealing for information after two stolen shotguns were found in Hove.

“The guns, which were in a black carry case, were discovered in an outside area undergoing renovation works in Storrington Close on (Wednesday) 8 August.

“They were stolen during a burglary in Wimborne, Dorset, in 2016.”

Inspector Paul Ransome said: “We would like to hear from anyone who has any information about how these guns got there.

Planners give their verdict on proposed extension to Hove Rugby Club