UPDATE: Julie Ella has been found safe and well.

Concern is growing for a Hove woman who has been missing for more than a week. 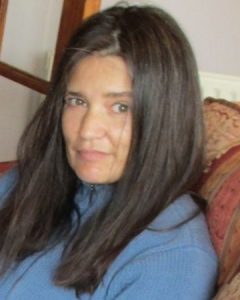 Sussex Police said: “Police and family are concerned for the safety of Julie Ella, who has been missing from her home in Hove since mid-August, and who may have been in central London or Cambridgeshire since then.

“Julie, 51, was last seen at her home on 14 August and was seen at St Neots railway station in Cambridgeshire on Thursday 23 August, and it is believed she intended to go to London, but this has not been confirmed.

“Julie, who is white, 5ft 5in, with dark brown wavy shoulder length hair, was last seen wearing a grey ‘billabong’ coat, grey leggings and white Nike trainers with pink detail, and was carrying a large grey rucksack and a Bag For Life.

“There is increasing concern for Julie as she is vulnerable and although there are no suspicious circumstances around her disappearance it is important that she should be found as soon as possible.