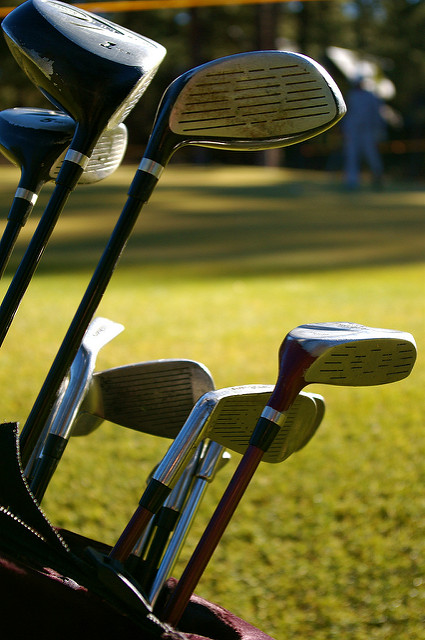 Picture of golf clubs by Frederick Dennstedt on Flickr

An eagle eyed PCSO used his initiative to reunite a boy with his golf clubs which had been stolen in Brighton.

The officer was on patrol in the city on Saturday (8 September) when he saw a man allegedly showing off a set of golf clubs to his friends in Brighthelm Gardens before he quickly made off.

The PCSO later saw a report that a set of specially made golf clubs worth £1,700 had been stolen from a Ford Transit van parked in North Street that day. The crime report had been made an hour after the PCSO had spotted the man.

Enquiries were made and a 51-year-old man was arrested on suspicion of theft from a motor vehicle and possession of cannabis. The golf clubs were seized and reunited with their 14-year-old owner.

The Brighton man was released under investigation.

Sergeant Steve Rigby said: “This was really good joint effort by our prevention and response teams, which resulted in an arrest and getting some prized valuable golf clubs reunited with the owner.”

For our advice on how to prevent vehicle crime click here

Strengthening local policing – prevention, response and investigations teams – is being made possible through the recent council tax increase.