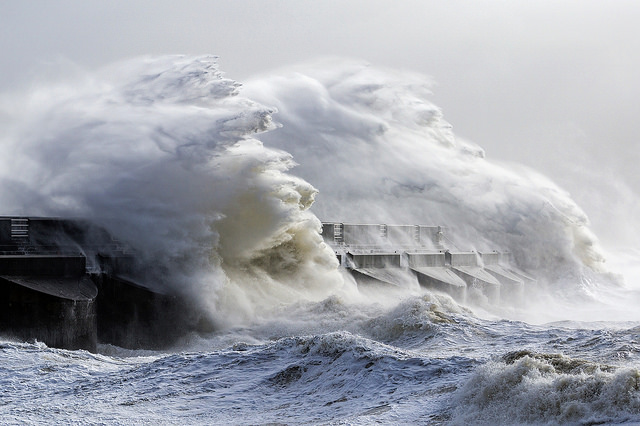 A yellow weather warning has been issued by the Met Office as Storm Ali is forecast to hit the south coast on Thursday night – with another warning in place on Sunday too.

The first be aware warning, issued at about 10.30am this morning, says very strong winds will sweep eastwards across the south of the country from 6pm tomorrow.

The second, in place from 9am on Sunday to 9am on Monday, says there’s a small chance that “disruptive winds” will develop across England and Wales on Sunday.

The first warning says: “An area of strong winds is likely to develop across parts of Wales and southwest England during Thursday evening before spreading further eastwards across England. The strongest winds are then expected to clear into the North Sea early on Friday.

“Most likely is that we will see gusts of 45-50 mph in a few spots inland as well as more widely around exposed coasts. However, there is a small chance that stronger winds will develop in some areas with 60-65 mph gusts possible, particularly overnight into Friday across eastern England.

“The strong winds will accompanied by short-lived outbreaks of very heavy rain in places.”

The second warning says: “During Sunday there is the potential for a deep area of low pressure to develop and track over the UK bringing a spell of very strong winds and heavy rain.

“At this stage developments are very uncertain but there is a small chance of disruptive winds developing with parts of England and Wales currently looking most at risk.

“Any strong winds should gradually clear eastwards early on Monday with more settled conditions looking likely to follow next week.”