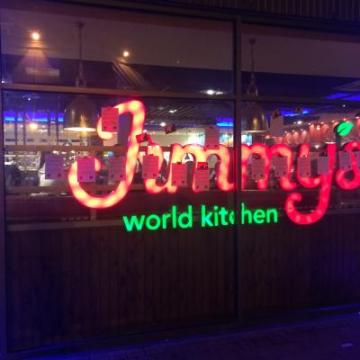 The city council has joined forces with other local authorities across the country to try and recover unpaid taxes from a chain restaurant which closed suddenly owing £200,000 in Brighton – and even more elsewhere.

Although Jimmy’s Brighton was nominally run by a standalone company, other branches of Jimmy’s across the country opened and closed in similar circumstances, including restaurants in Watford, Derby, Wimbledon, Epsom and the O2 in Greenwich. These branches were operated by companies with shared directors, shareholders or corporate addresses.

In 2016, The Caterer reported that the companies’ reported outstanding business rates totalled £500,000 just in those authorities which were happy to disclose the size of the debts.

Brighton and Hove City Council has recovered £20,000 after removing items from the premises and auctioning them – but as the restaurants were typically light on assets, using rented furniture and equipment, recovering more is proving a challenge.

A council spokesman said: “When Jimmy’s Brighton went bankrupt in 2016 it owed the council around £200,000. We recovered more than £20,000 after bailiff action to remove and auction items from their premises.

“We are now one of a number of councils working with insolvency experts Smith and Williamson in an attempt to recover more money from the company’s directors. This work is being carried out at no expense to the council.

“Unfortunately, as is often the case in situations of this nature, any cash and assets which may have once been held in these companies were dissipated prior to these companies entering into liquidation.

“So getting more money back is dependent upon identifying and successfully claiming against key parties.

“This involves recovering the companies’ records from third party sources (e.g. banks and creditors) and conducting a detailed analysis to try to identify assets and/or pursuable claims.

“This is painstaking and time consuming work, and our efforts in this regard are ongoing.”

With concern growing over Valley Gardens, Labour need to think outside the box