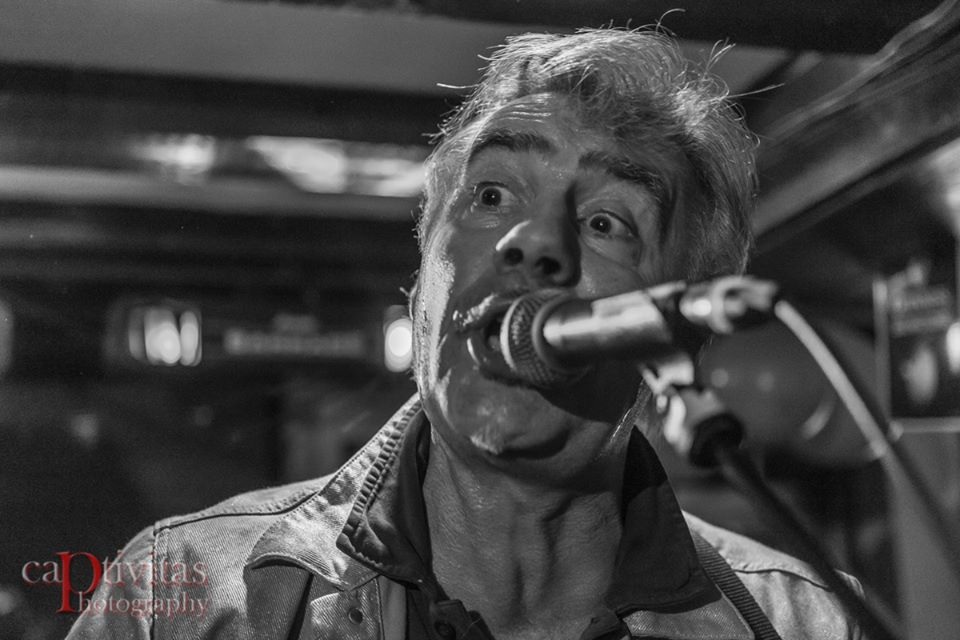 Shrove Tuesday has lost it’s biblical meaning to many and nowadays it is quintessentially about eating pancakes, but just along the south coast away from Brighton, in Hastings it signifies ‘Fat Tuesday’ and the UK’s largest Mardi Gras Festival. 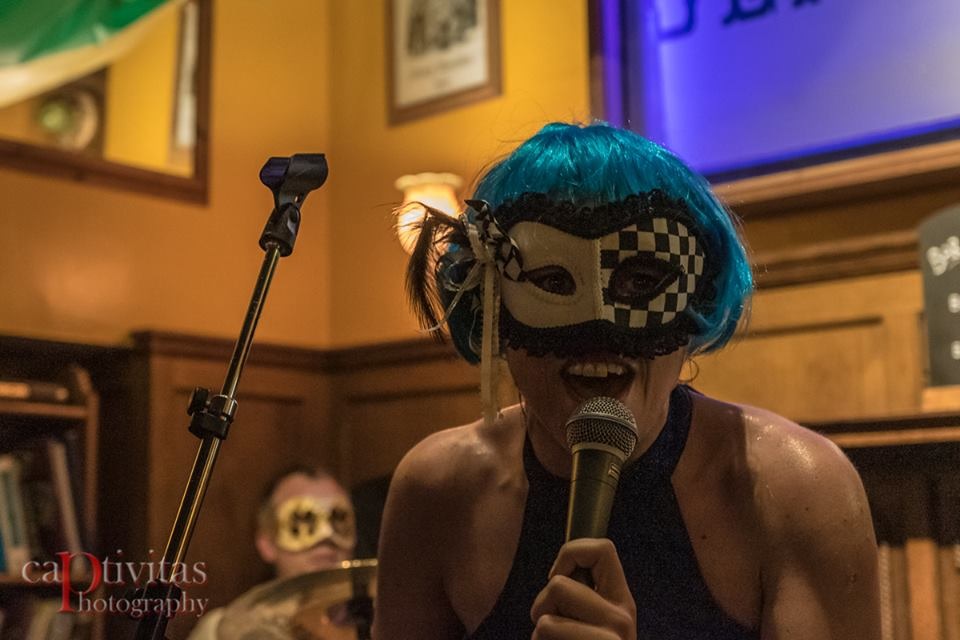 Having devoured my chocolate spread and banana pancake and eaten as much toast as humanly possible before giving up bread for Lent, it was time to join the revellers for the biggest night in Hastings music calendar. 24 bands playing 3 x 20 minute sets spread over 12 venues, mainly small pubs in the Old Town. 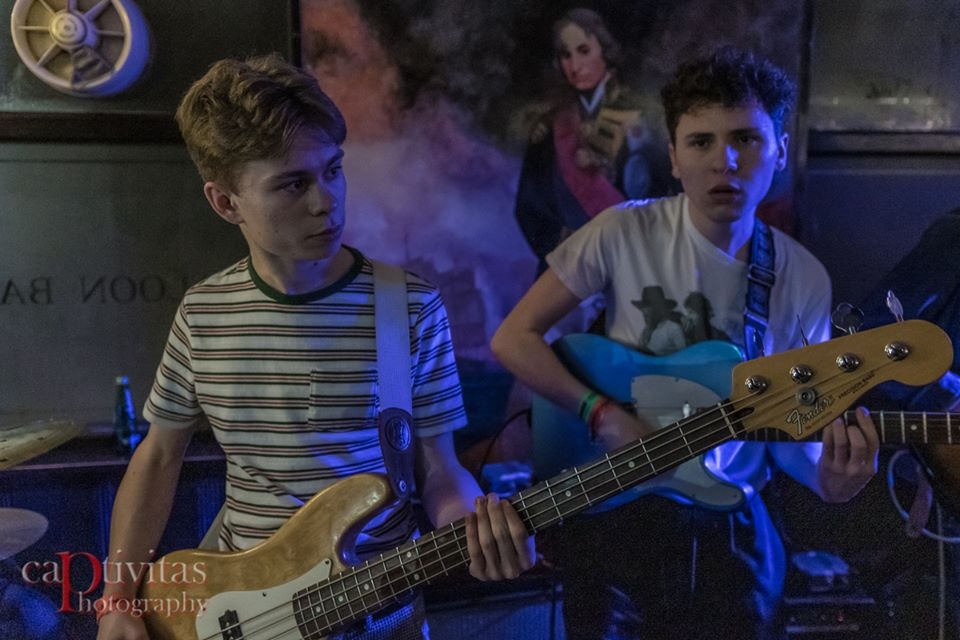 Kick off time was 8pm and with time ticking I jogged down to the FILO (First In Last Out, 14-15 High Street Old Town, Hastings TN34 3EY). A great little pub for those connoisseurs of fine ales, as they brew their own locally, so you can imagine the look of horror on the barman’s face when I ordered a Guinness. Luckily I knew him and it was all part of the friendly atmosphere generated in this pub. 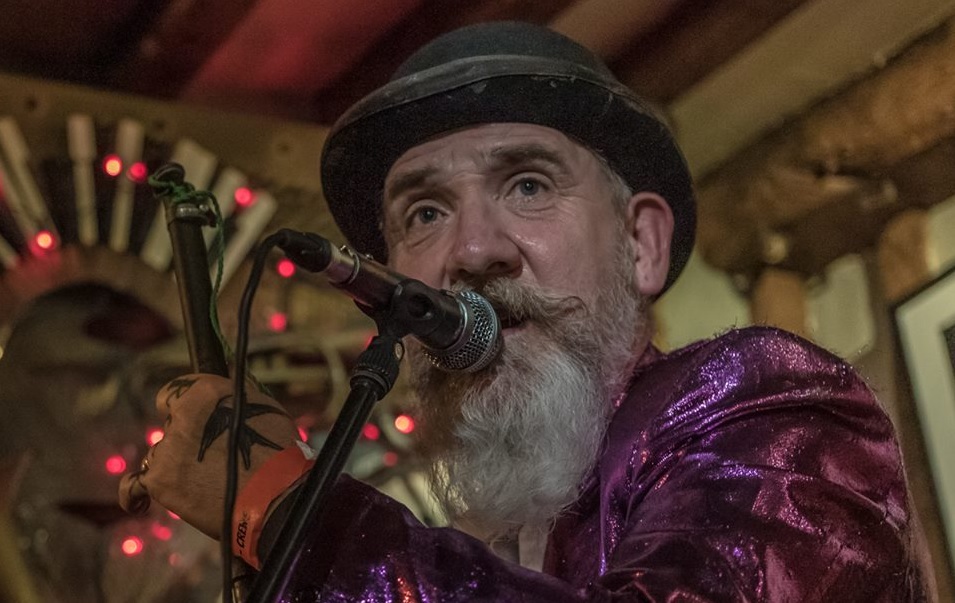 First band on my menu were Cheap Dates. A quirky skiffle punk band who put their own irrepressible style on all things punk and beyond. Wearing their glitzy suits, lead singer Jim Proudfoot is the focal point of the band. He can’t go much longer than 5 minutes without cracking a joke, something which I have first hand experience of having previously worked in the same office as him for some 3 years. 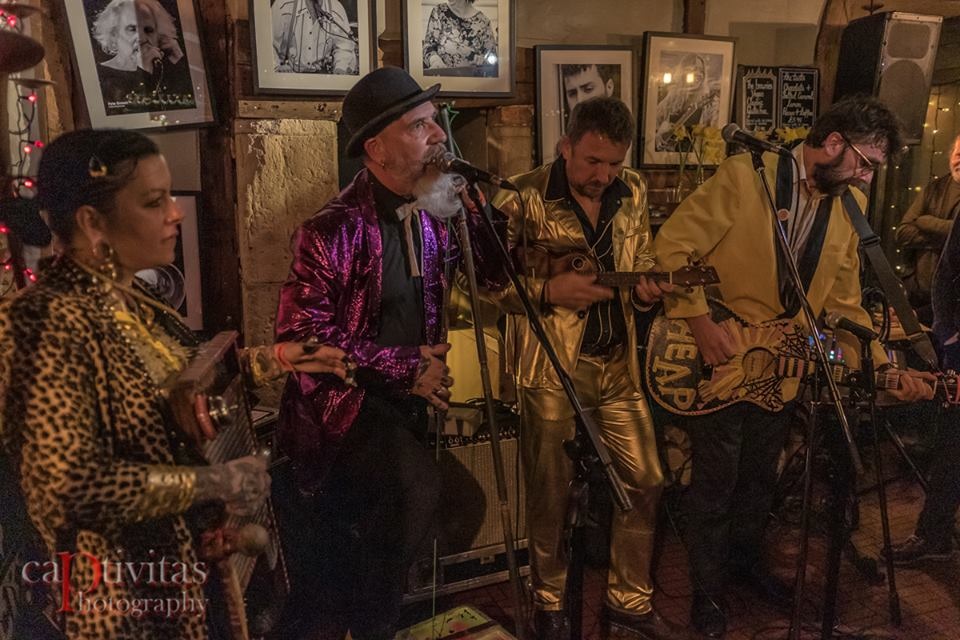 Tonight we were treated to a story about a heroin addict who actually started injecting Cillit Bang but he is clean now! I can safely say that Jim is more suited to being on stage as a career. They truly sum up Hastings and you can’t help but like them. They did some great cover versions including David Bowie’s ‘John I’m Only Dancing’ and for the first time in my life I actually warmed to a Bruce Springsteen song when they played their rendition of ‘I’m On Fire.’ Having seen ’The Boss’ play live some 34 years ago with an ‘ex’, trust me I do know what I’m talking about. My personal favourite of their set was the Billy Bragg classic ‘To Have And To Have Not.’ I left the FILO in high spirits with an ‘I ♥ Cheap Dates’ badge, which coincidentally is how I met my wife of 29 years. 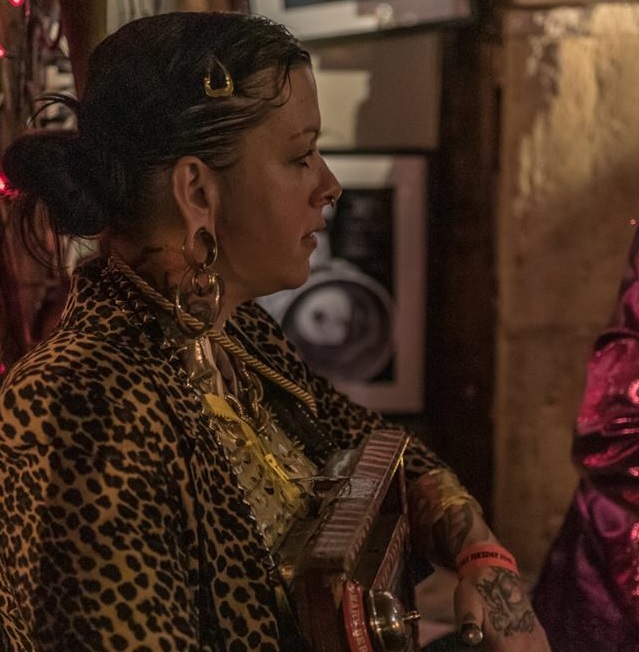 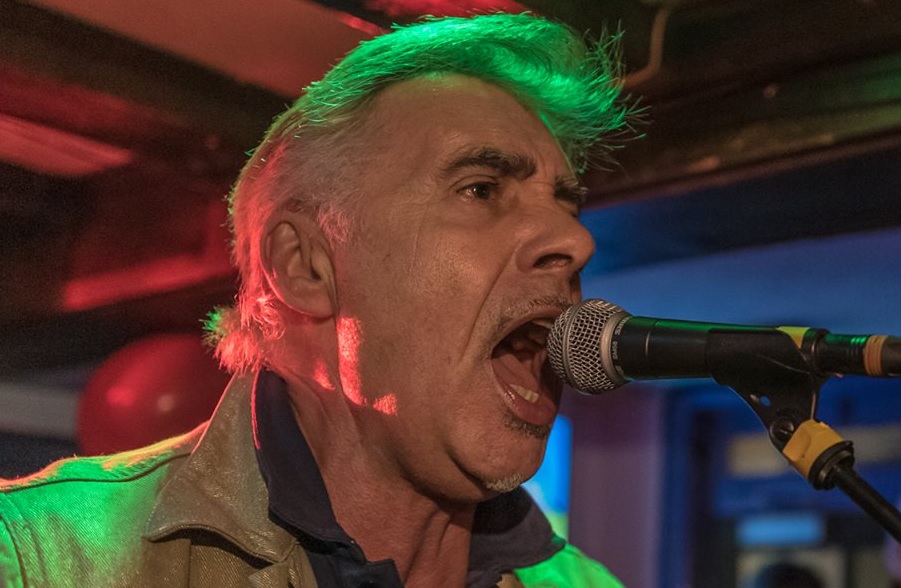 A short walk down the High Street and I arrived at the next venue on my itinerary, The London Trader, 4 East Beach Street, Hastings TN34 3AR. Glen Matlock was returning to Hastings almost 43 years after he performed with the Sex Pistols on Hastings Pier, supporting Welsh Rockers Budgie, during the scorching summer of ‘76. Given that this time round it was early March he definitely wasn’t here for a ‘holiday in the sun’. I was too young to see the Sex Pistols play live first time round and wasn’t that bothered when they reformed though maybe in hindsight I should have made the effort. Not many will know that he did also play The White Rock Theatre with Dead Men Walking in October 2004, a gig which I attended. Disappointingly on that night the 1,066 seater venue had over 1,000 empty seats and my lasting memory is of a fairly old usherette neglecting her duties in order to bop along to ‘Anarchy In The UK.’ 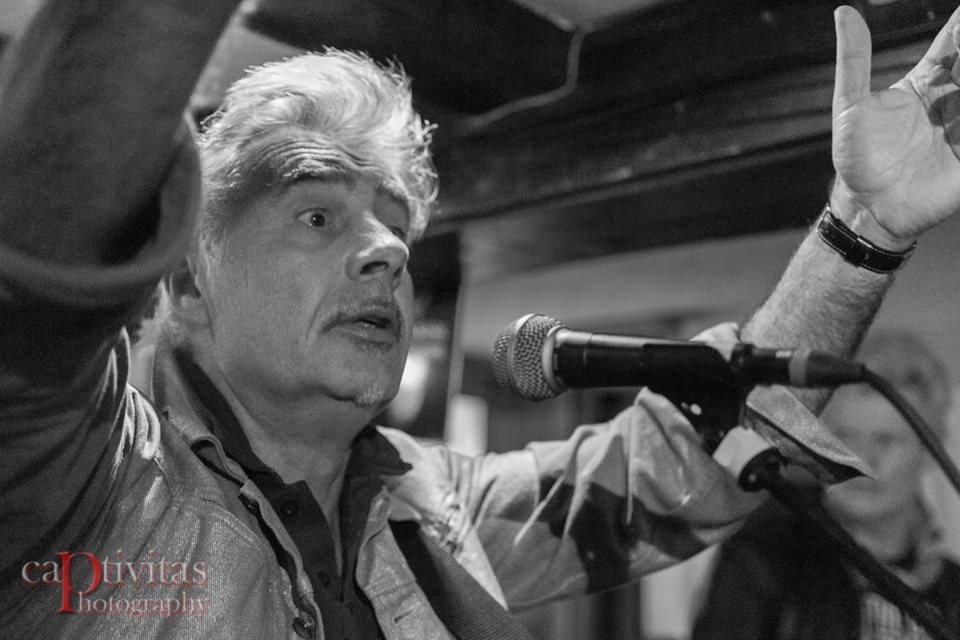 Back to the present and true to his punk roots Mr Matlock kept us waiting for a whole 8 minutes, which is a lot when there is such a tight schedule for bands to pack away and get set up but nobody was complaining. The pub was literally packed to the rafters with anybody over 6 foot 2 virtually touching them. Thankfully at 5 ft 6 inches I was safe, but I could only just about see the band as it was impossible, even for someone of my experience, to negotiate my way to the front. I was stuck halfway back and enjoying the set until some music heathens started talking about plumbing right in my ear hole. Seriously?! The set finished with, ‘Pretty Vacant’, but I left just before it had ended in order to catch the next band on my list. 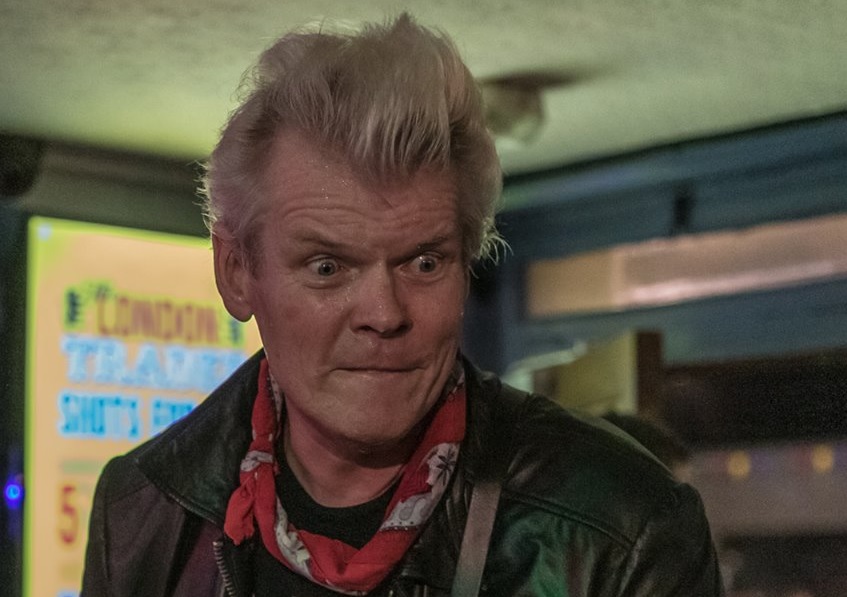 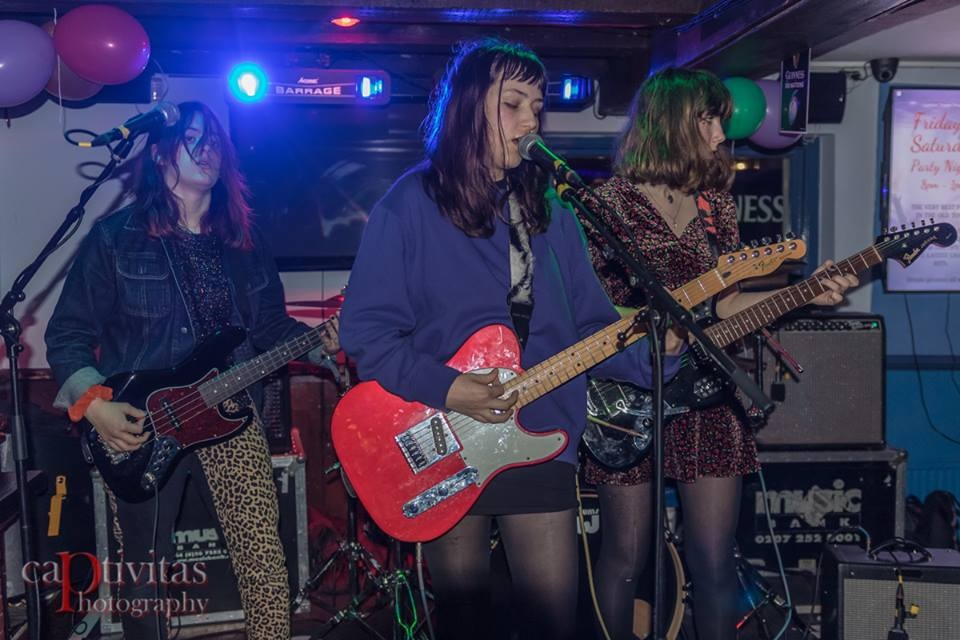 I made the short dash to The Lord Nelson, 1 East Bourne Street, Hastings TN34 3DP, to watch The Kiffs for the second time in 11 days. This band are Hastings hottest property of the moment and a bright future beckons. This Saturday they are supporting Wonk Unit at Crowleys and I can guarantee it won’t be long before they are headlining more gigs of their own. Once again it was another packed venue, but I was somehow able to work my way through to the front. After raving about their last performance, on this occasion I knew what to expect and once again they delivered. My favourite track of their set was the brilliant ‘Plastic Human.’ I love that the crowd don’t know when it is going to finish as they are teased by the band who slow it down to what appears a natural ending and then ramp it up again. 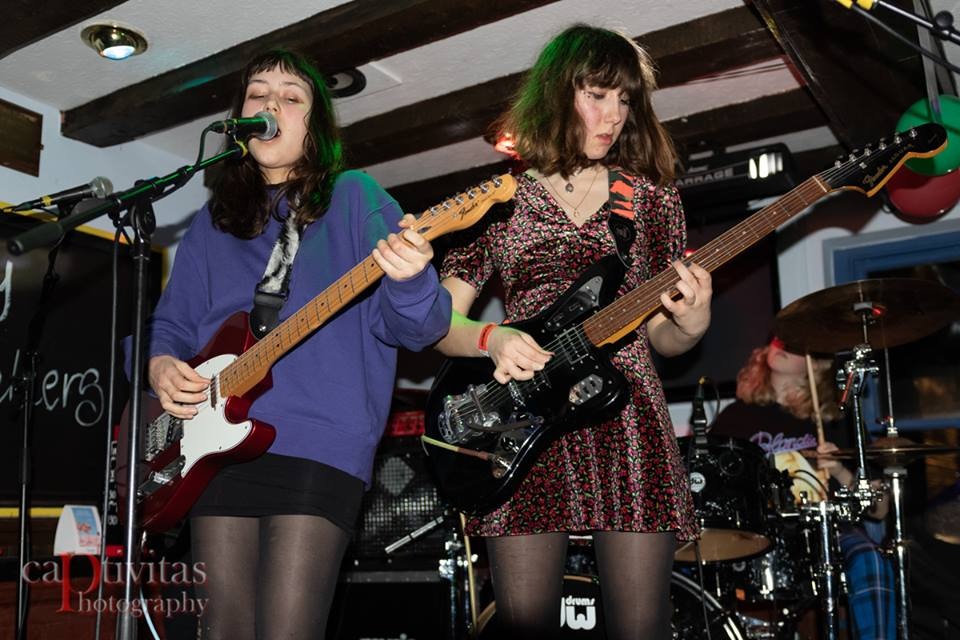 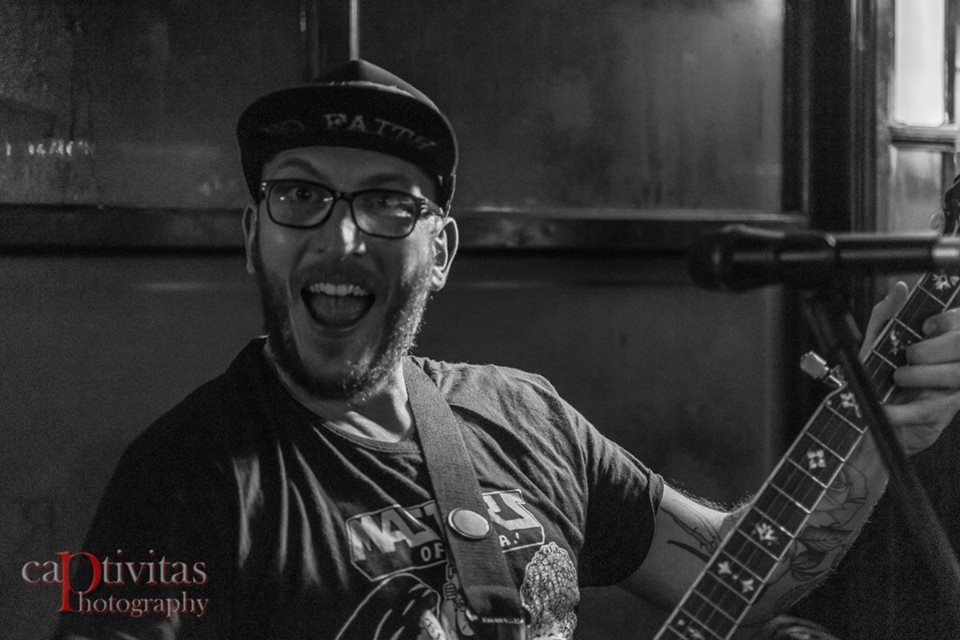 Now my athleticism was really tested as I had to run the 800 metres to The Carlisle in order to catch Matilda’s Scoundrels. I was always a sprinter in my heyday, so this was a real test of my stamina. This was to be my choice of venue for the rest of the night. 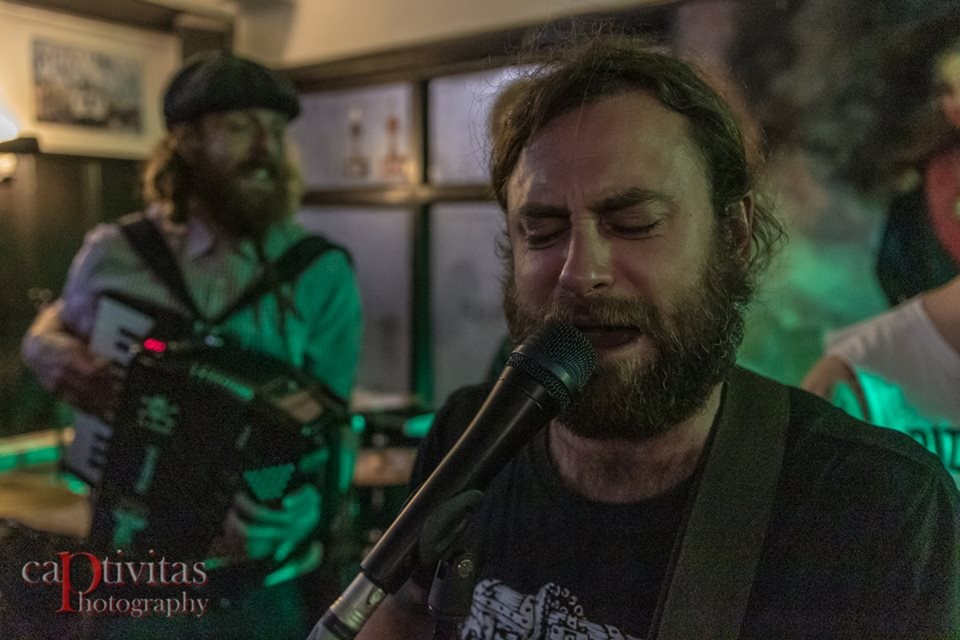 Of course it was worth the effort as Matilda’s Scoundrels are right up there with the best live acts in Hastings. Plenty of interaction with the lively crowd and a much larger rowing boat than when they supported The Rumjacks in Lewes, and so Hastings did them proud. Another memorable and energetic 20 minute set, which in truth was never going to be enough but those are the Fat Tuesday rules. 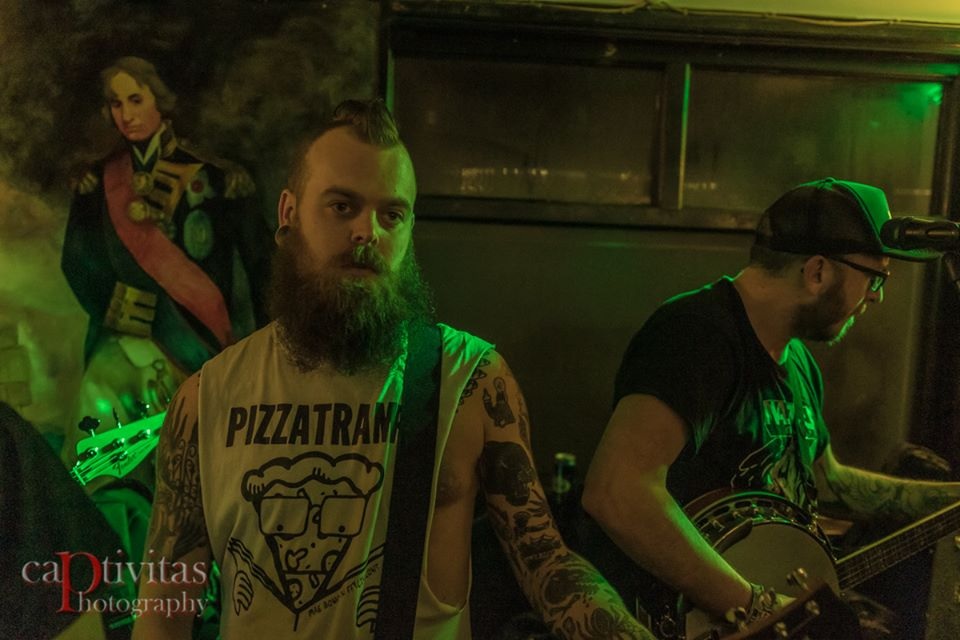 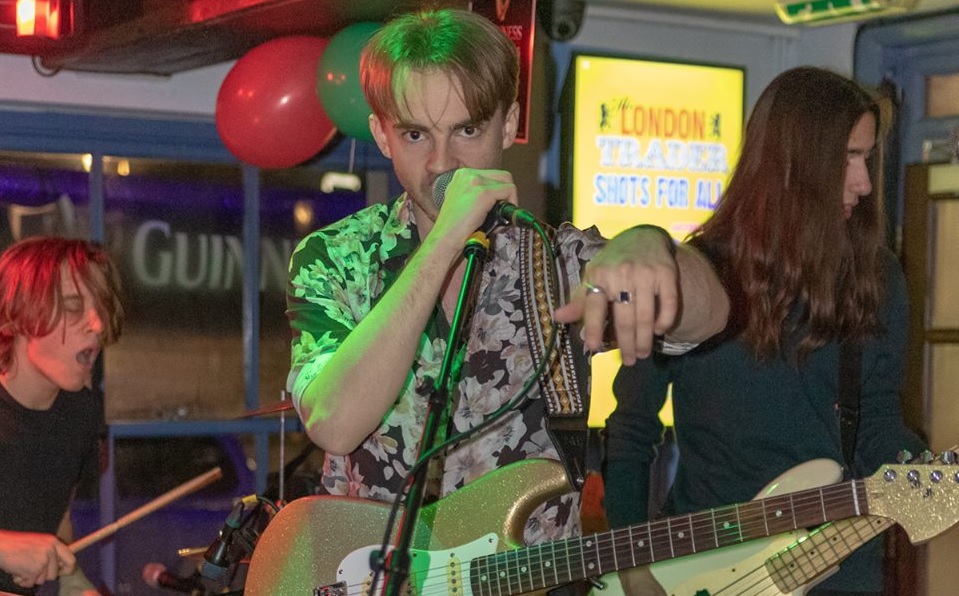 Next up at The Carlisle were Suncharmer who had made the trip down the A21 from Tunbridge Wells. This band with their hard-hitting sound were definitely the most suited to The Carlisle and its reputation for putting on rock bands. With influences ranging from Led Zeppelin to Arctic Monkeys to T-Rex, these are noticeable in their music, and they played a tight knit set which was well received by the crowd. 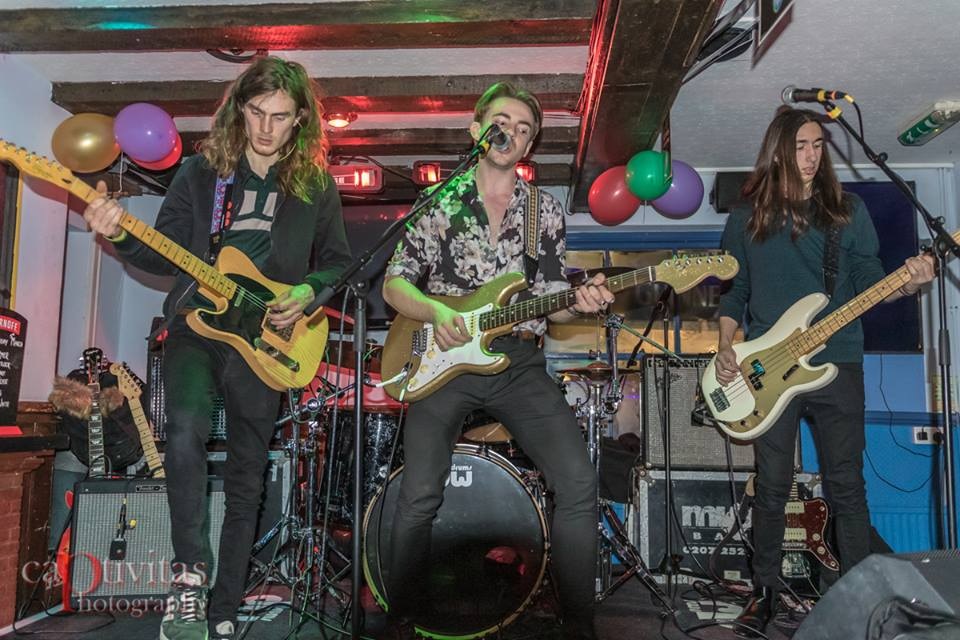 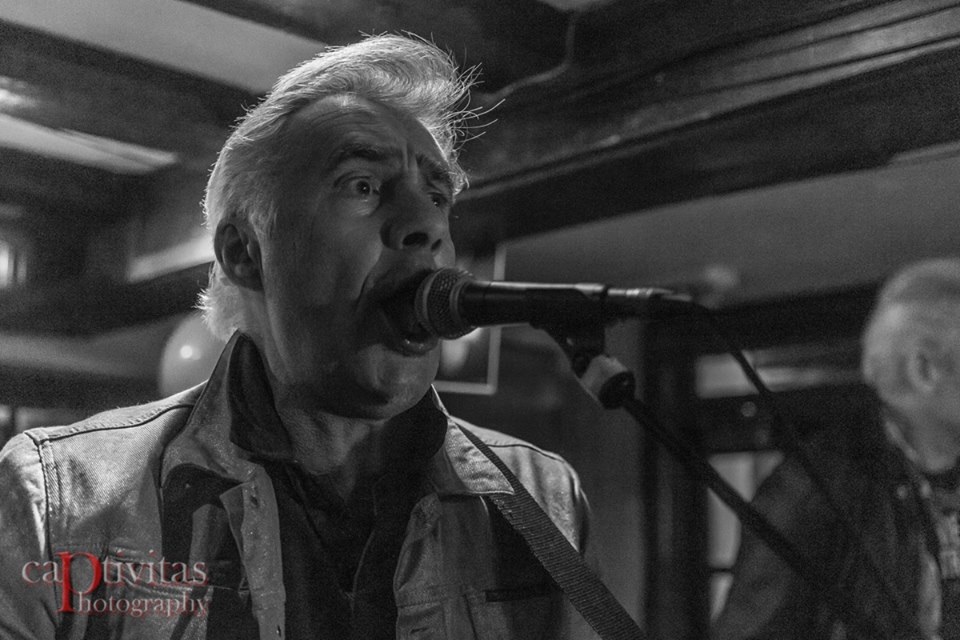 The finale to another great Fat Tuesday was to be an extended set by Glen Matlock at The Carlisle. There was no hanging around as he started dead at 11pm.
The first two tracks played were from Glen’s latest album, ‘Good To Go’ which was released in September last year through Mighty Village Records. He went
straight into ‘Won’t Put The Brakes On Me.’ A Bluesy Country style song reminiscent of Nick Lowe back in the day, followed by ‘Wanderlust.’ 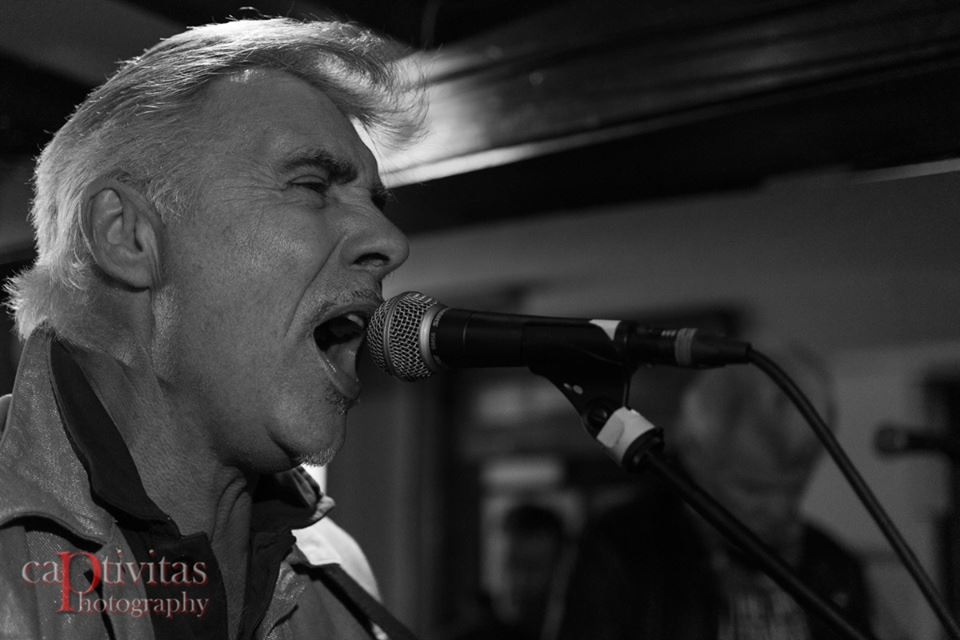 The next song was what the majority of the crowd had come to hear. Anarchy had returned to Hastings as the band broke into the unmistakable intro to ‘God Save The Queen.’ It was given the personal touch with the slight lyrical amendment “there’s no future In Hastings dreaming.”

It had been relatively quiet down the front until a work colleague of mine appeared from nowhere just as the band played another track from their recent album, a song appropriately called ‘Keep On Pushing.’ There was suddenly increased security as they were obviously aware of her penchant for moshing. It certainly livened up proceedings as the crowd started to get more into it. 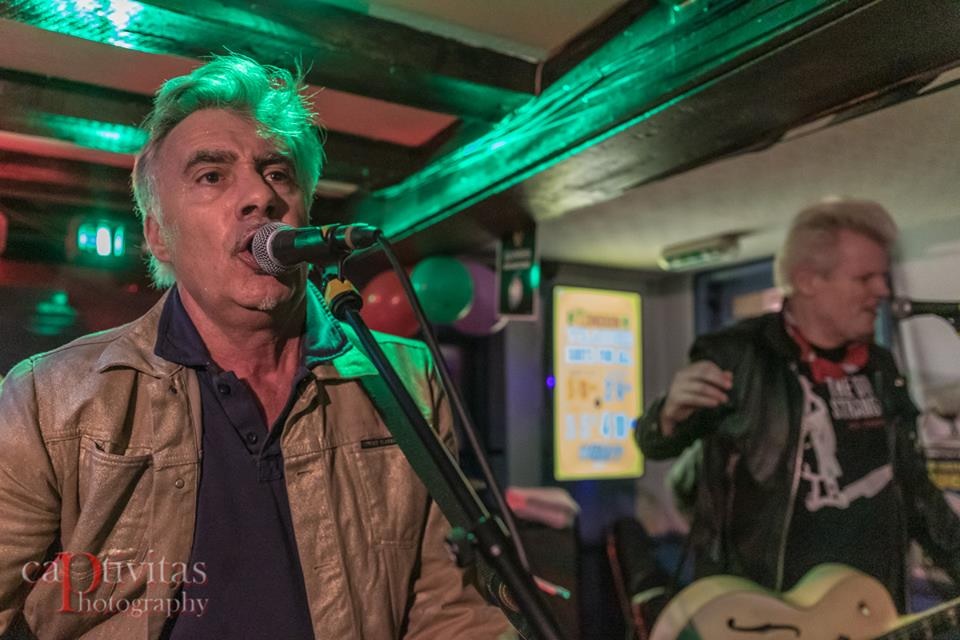 After this Glen went on about ‘Fisherman’s Friend’ which completely lost me, so I can only presume that was the name of the song though I’m sure that somebody will correct me.

Somewhere in amongst this I heard my second cover version of the night of Bowie’s ‘John I’m Only Dancing.’ I’m not at liberty to disclose which version was my favourite but I did get a free badge from the wonderful ‘Cheap Dates’!

They also played another recent offering ‘Hook In You,’ which is Glen’s reworking of Screamin’ Jay Hawkins ‘I Put A Spell On You’. 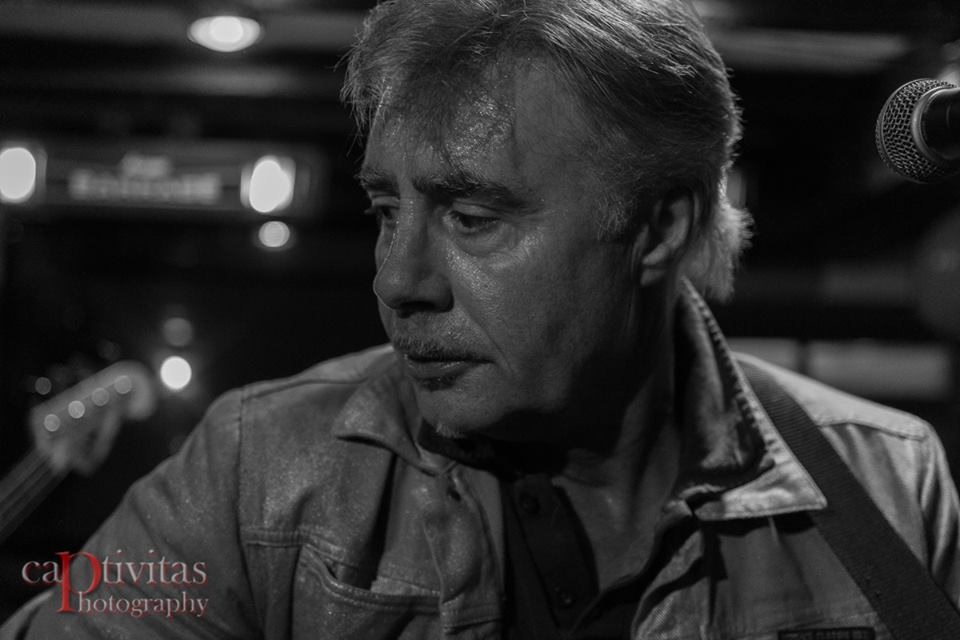 As the set grew to a close, a great cover of ‘Blank Generation’ by Richard Hell and the Voidoids upped the ante down the front and security were getting nervous. By the time the band roared into ‘Pretty Vacant’, they were suddenly surrounding the stage. It was all too much for them and they ended up pogoing, being part of the mosh pit and seemingly enjoying it. It was hardly 1976 but it was nonetheless an enjoyable experience.

For the final song of the night Glen Matlock had obviously read my last review warning Mods to steer clear of The Carlisle tonight and decided to finish off with The Small Faces classic ‘All Or Nothing,’ just to prove that music journalists know nothing. So Glen Matlock had made up for being 8 minutes late for The London Trader set by actually playing for 22 minutes longer than he should have at The Carlisle. True to form the original punk was the only person allowed to flout the ‘Fat Tuesday’ rule-book. Good value for (no) money! 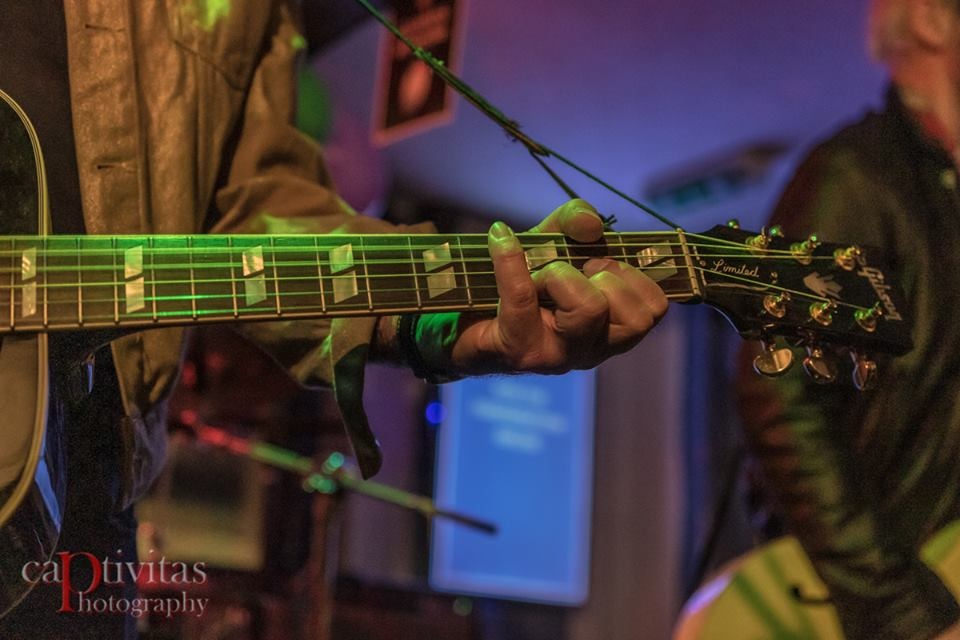 Just when you thought it was all over, there was a final fitting tribute to Keith Flint as ‘Firestarter’ blasted out of the speakers and the crowd erupted into one big mosh pit.

The rushing around Hastings, the moshing, the pogoing, the ringing in the ears and then being rudely awoken in the middle of the night with cramp in my left calf, was all worth it as the ‘Fat Tuesday’ organisers came up trumps once again. Thank you to one and all for another great event. I look forward to the 11th Annual Festival in 2020.
Get booking your B&B’s early if you want to enjoy Mardi Gras Hastings style next year. 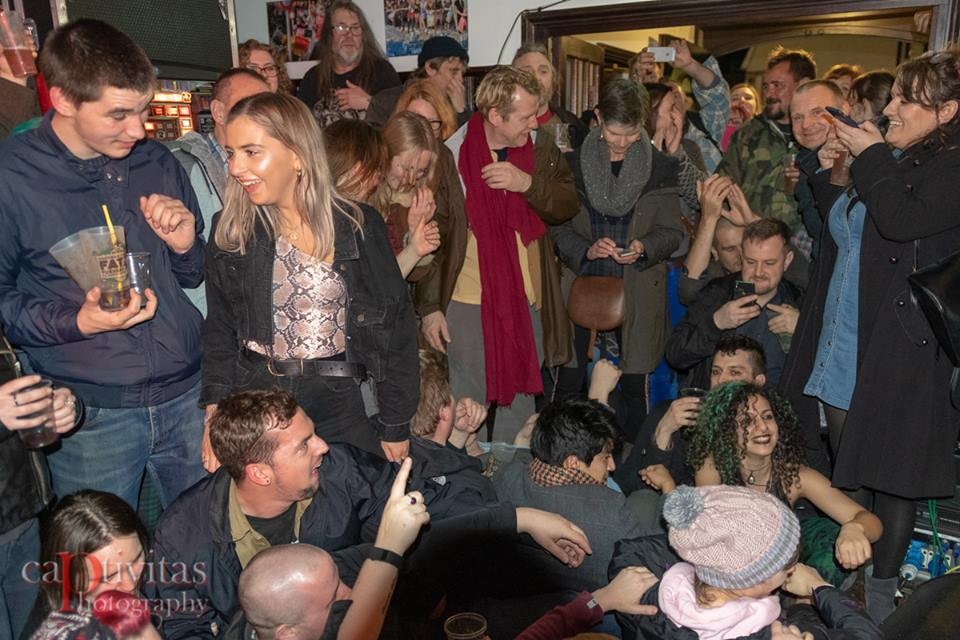