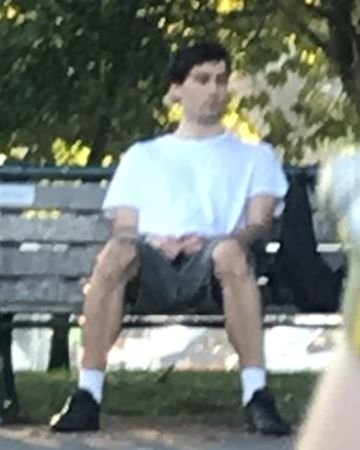 A Brighton man who flashed dozens of young girls in Preston Park has been spared jail.

Edward Kent, 27, of The Drove, pleaded guilty in January to exposing himself to 38 schoolgirls in the park and the surrounding area on 16 occasions over a two year period.

In most cases, the girls were wearing uniform and were on their way home from school.

He also asked for a further five offences to be taken into account, three of exposure and two of engaging in sexual activity in front of a child.

At Brighton Crown Court today, Judge Dawson told him his actions were “disgraceful” – but said he was referring him to a sexual offenders course rather than prison in an attempt to prevent further offending.

“It affected those girls, many of whom have felt unhappy about being out and about because they had to witness you behaving in this disgraceful manner.

“It must never happen again.

“To that end I am sentencing you in a way that will get you help to try and amend your unlawful sexual behaviour.

“I’m also mindful that you have done some time inside and I hope that will be a wake up call for you because if that happens again, that’s exactly where you I will be going, no question about it.”

Kent’s young victims, all of whom were aged between 12 and 17, gave victim statements.

One which was read out in court said: “The incident has made me feel like I can’t walk anywhere on my own.

“It has affected my day to day life.”

Kent, who has been in prison awaiting sentence since 19 January, was given a two year community order, including a requirement to complete 30 hours of a sex offenders treatment programme to address his “sexual proclivities” and 150 hours of unpaid work.

He was also given a 7pm to 6am curfew for three months and a five year sexual harm prevention order.

The charges were indecently exposing himself to teenage girls mainly in Preston Park and also in Dyke Road Drive, Braybon Avenue and Blaker’s Park, on 16 occasions from 1 November 2016 to 10 January 2019.