The Great Escape puts on early sampler gig in Brighton

Things have seemed to have kicked off mighty early this year for The Great Escape New Music Festival as they opened up this years account with a teaser gig tonight up at the Hope & Ruin on Queens Road Brighton.

The event was primarily to promote awareness of The Great Escape according to this evening’s TGE representative James, as well as to also introduce County Line Runner and Mystic Peach. 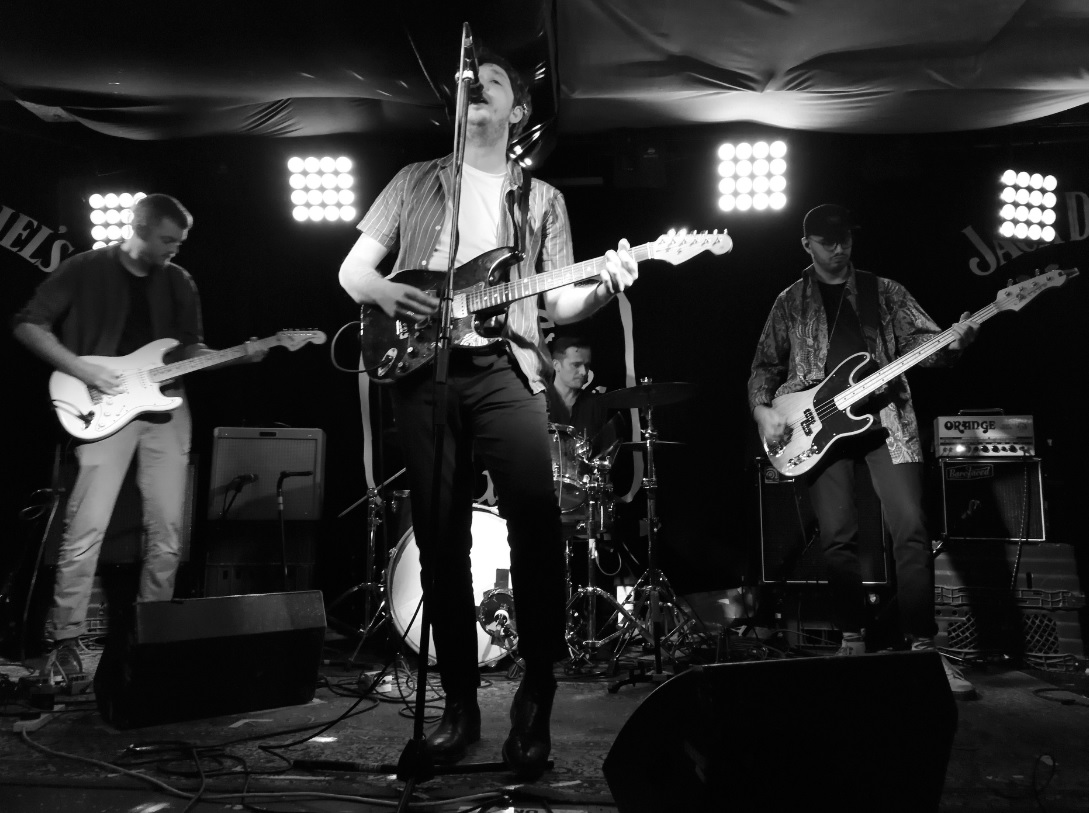 County Line Runner is actually the brainchild of just one man Adam Day. Adam writes and arranges all of the songs and uses his dynamic lyrics and storytelling to look at universal feelings from another angle. Days music lives in the landscapes he creates and takes you into County Line Runners atmospheric world.

After the success of debut track ‘Hard To Find’ (which this evening got an airing) County Line Runners latest release and set closing ‘Wide Eyes’ has been played across BBC Music and seen Day featured on ‘6 music recommends’ as the choice of the legendary DJ Steve Lamacq. 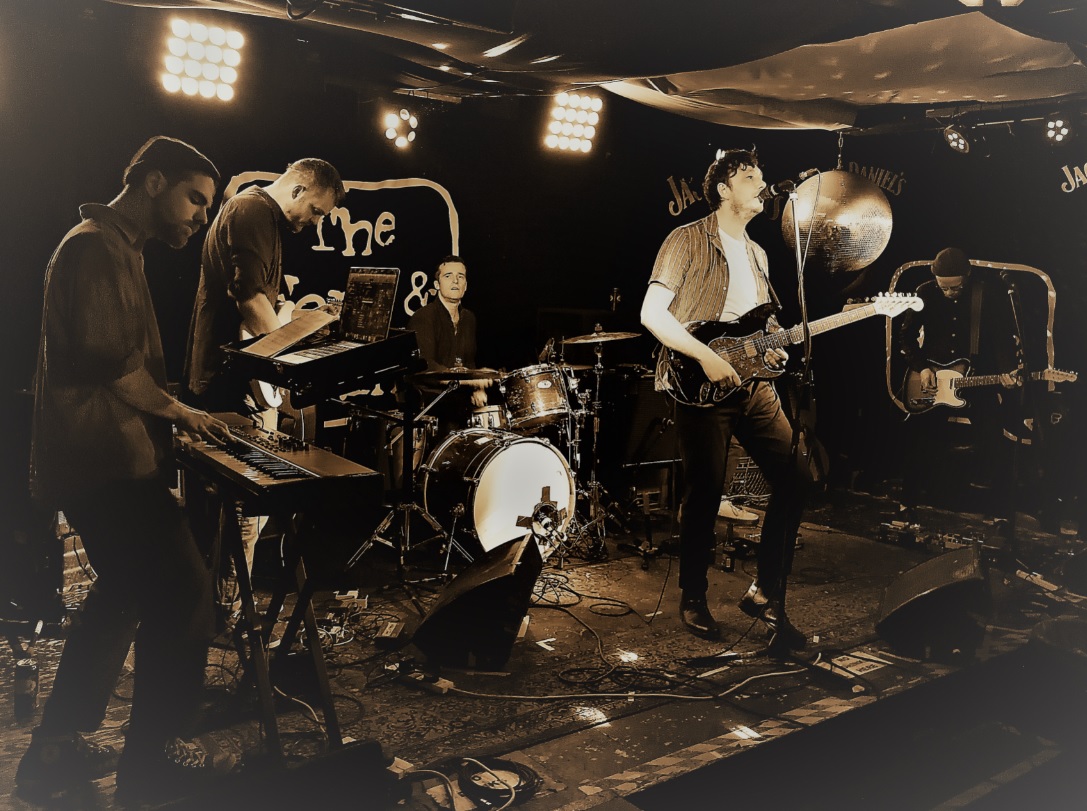 Tonight in order to bring his creative work to the good people of Brighton, singer/guitarist Adam has put together a band made up of friends of his and so this evening he was joined on stage by Sam Baldwin (guitar), Alistair Scott (guitar), Tim Gardner (keys), Sam Doyle (drums) and Timothy Jacobs (bass), thus becoming a sextet and playing their first ever gig together.

I suspect that virtually everybody in the packed room wouldn’t have been aware of this fact as they sure were a tight unit. I noted that Adam’s vocals were akin to something in the order of Neil Diamond and musically the bands sound could be likened to Bruce Springsteen with elements of Embrace. I personally particularly enjoyed the use of the keyboards and there’s a definite potential for this outfit/guy to break into America. 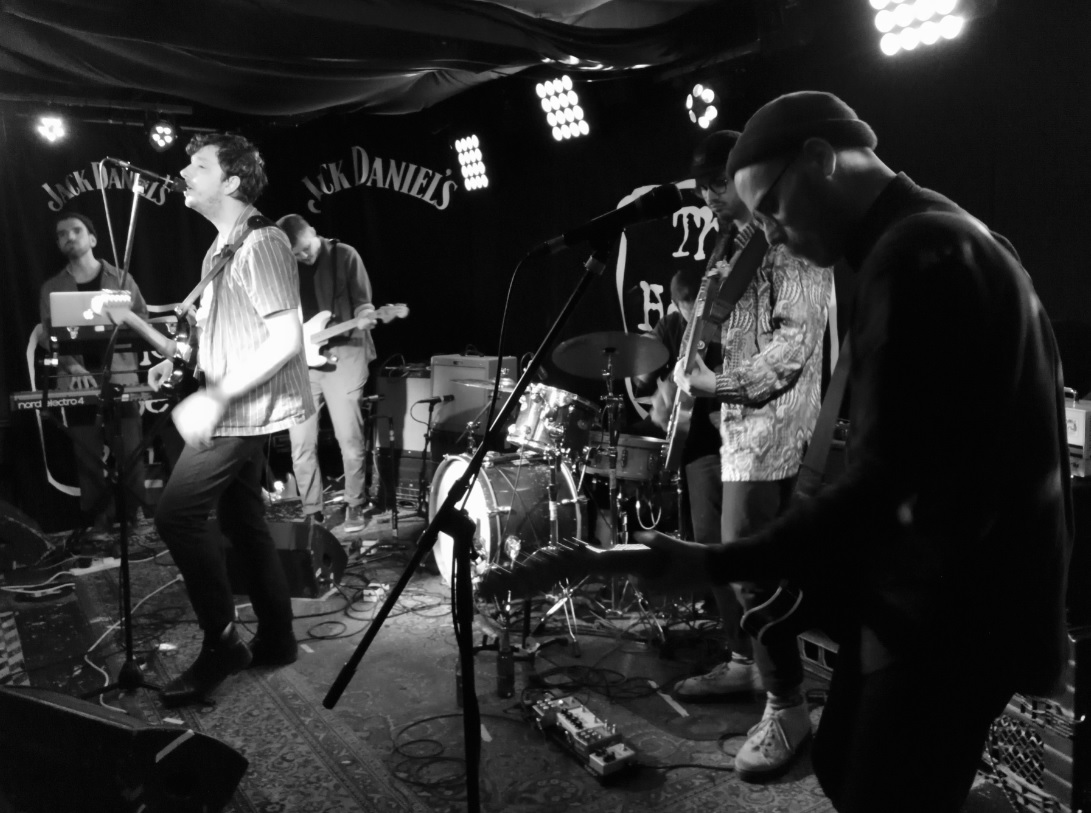 The County Line Runner setlist reads:
‘Our Little World’
‘All That You Wanted’
‘Cold Dawn’
‘Hard To Find’
‘Saw You In A Dream’
‘Wide Eyes’ 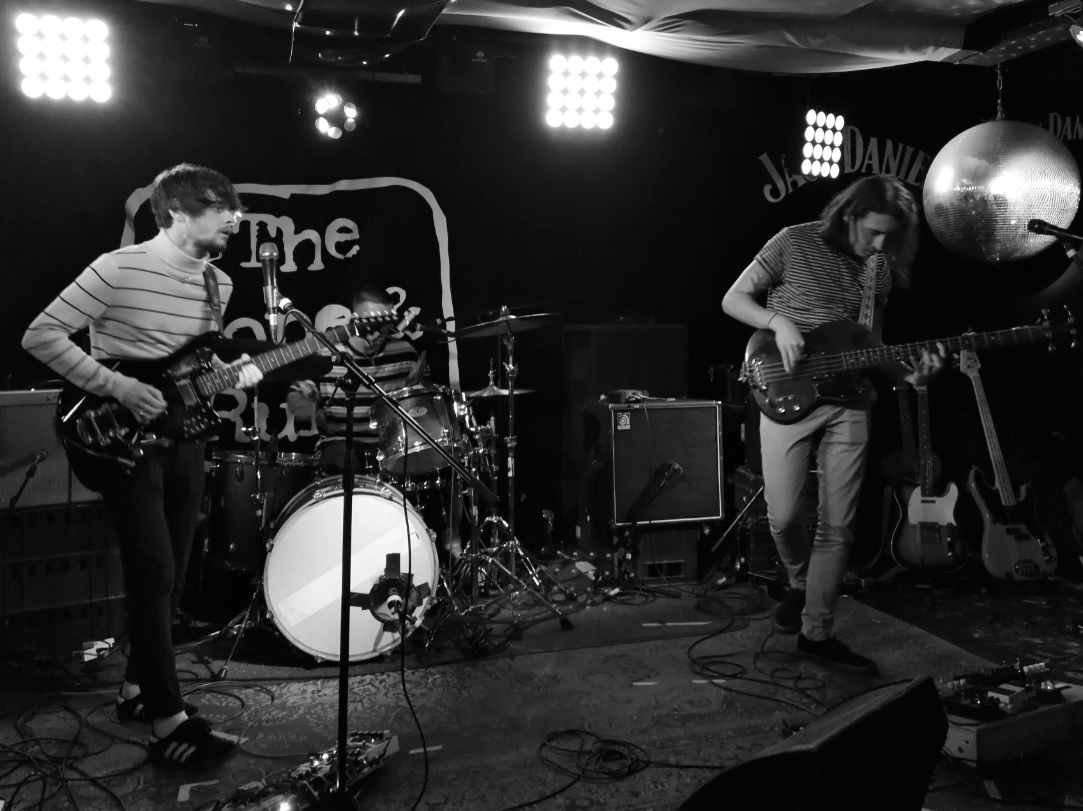 First up this evening were a trio going by the name of Mystic Peach, who are Curtis Gale, Joe Ingram and Jimi Allen. It’s fair to say that this trio are undeniably one of the most exciting bands to have come out of Southampton over the past few years. This fact bears witness in that my colleague who I attended tonight’s gig with was totally blown away by them and yet I was under the impression that they might not be his cup of tea…Wrong!

Mystic Peach recently returned with their hypnotic second single ‘Across The Pond’, which is a live favourite and indeed got an airing tonight. The track embodies the band’s raucous performance and is both harsh but melodic and full of energy bursting into an intense, urgent end. 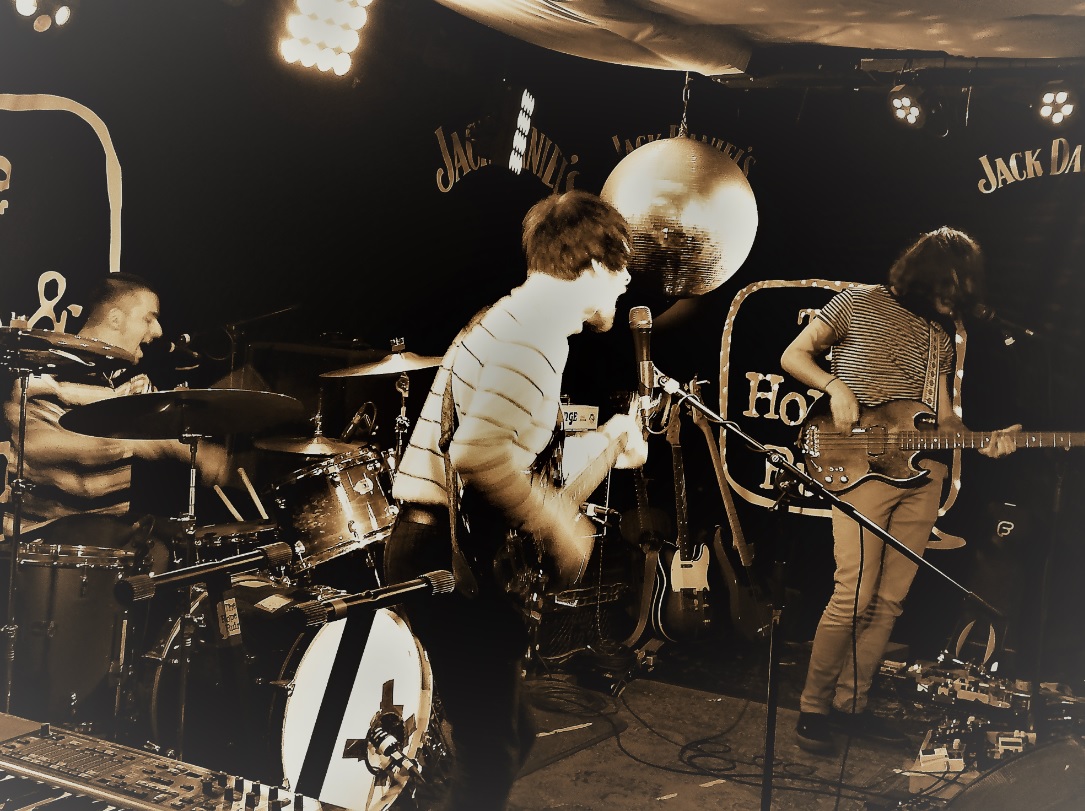 It may come as no surprise that the trio supported Heavy Lungs (as in Danny Nedelko, made famous by the IDLES song) back in January and can certainly be put into the same mould as them and Brighton’s DITZ.

If souty filled expressive vocals delivered with angst, backed by a certain amount of noise/shoegaze is your thang, then you can do no better than checking out Mystic Peach. 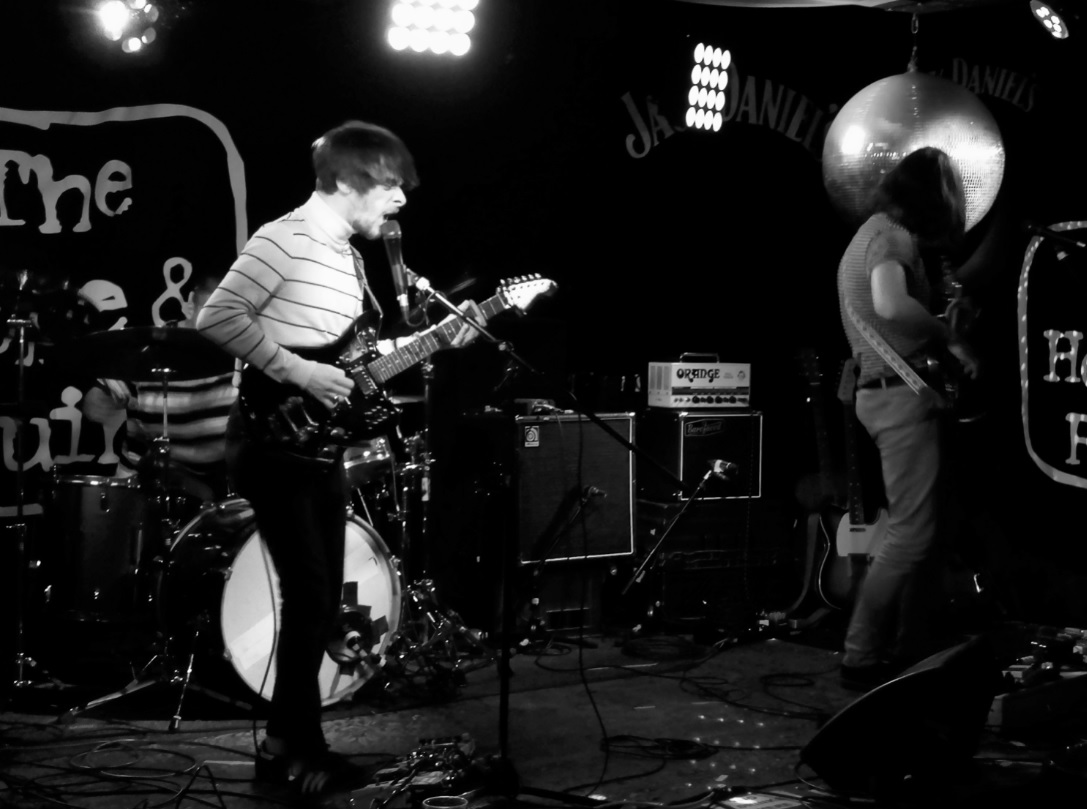 Keen music lovers should keep an eye out for a big announcement from The Great Escape on Tuesday 2nd April regarding a special show from a very well known act!

More information on The Great Escape new music Festival happening in Brighton this May can be found HERE. 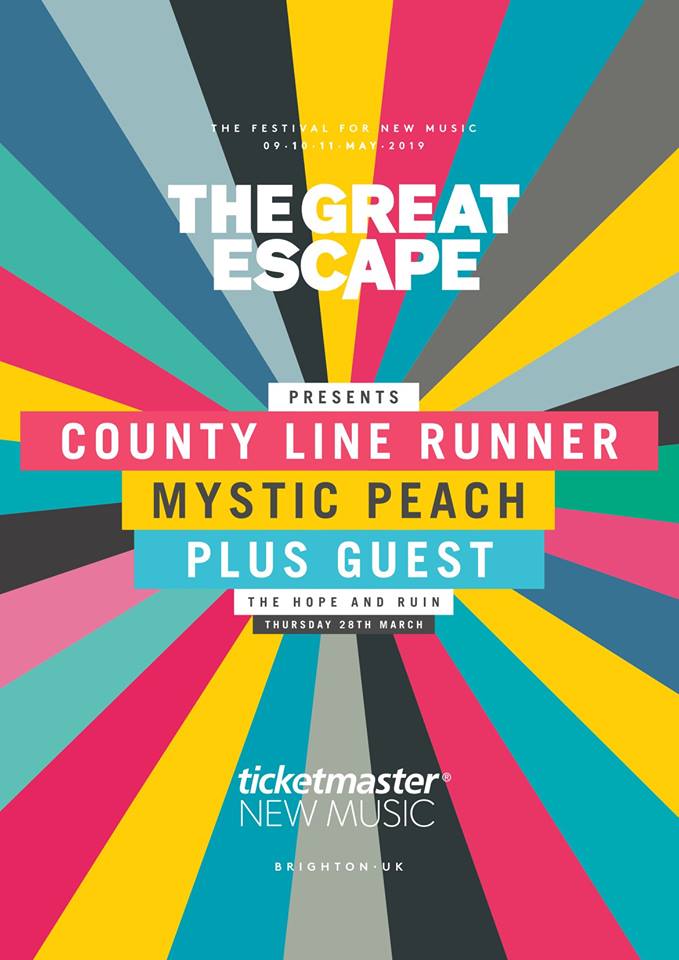 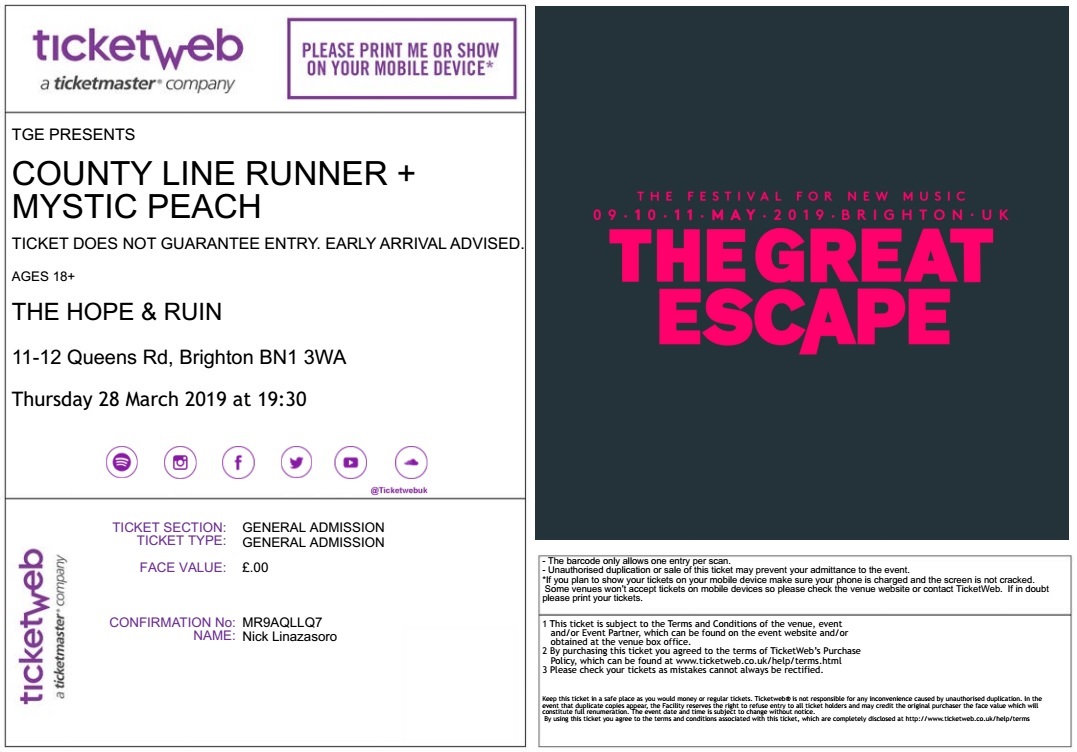 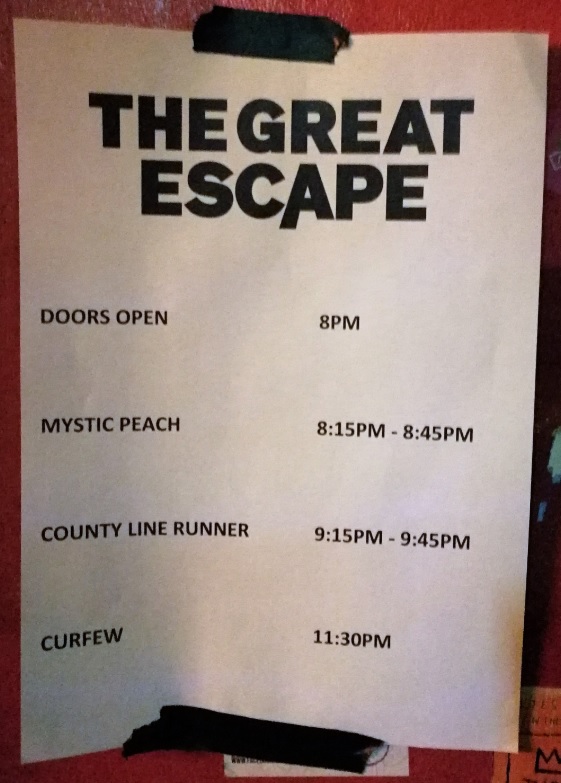