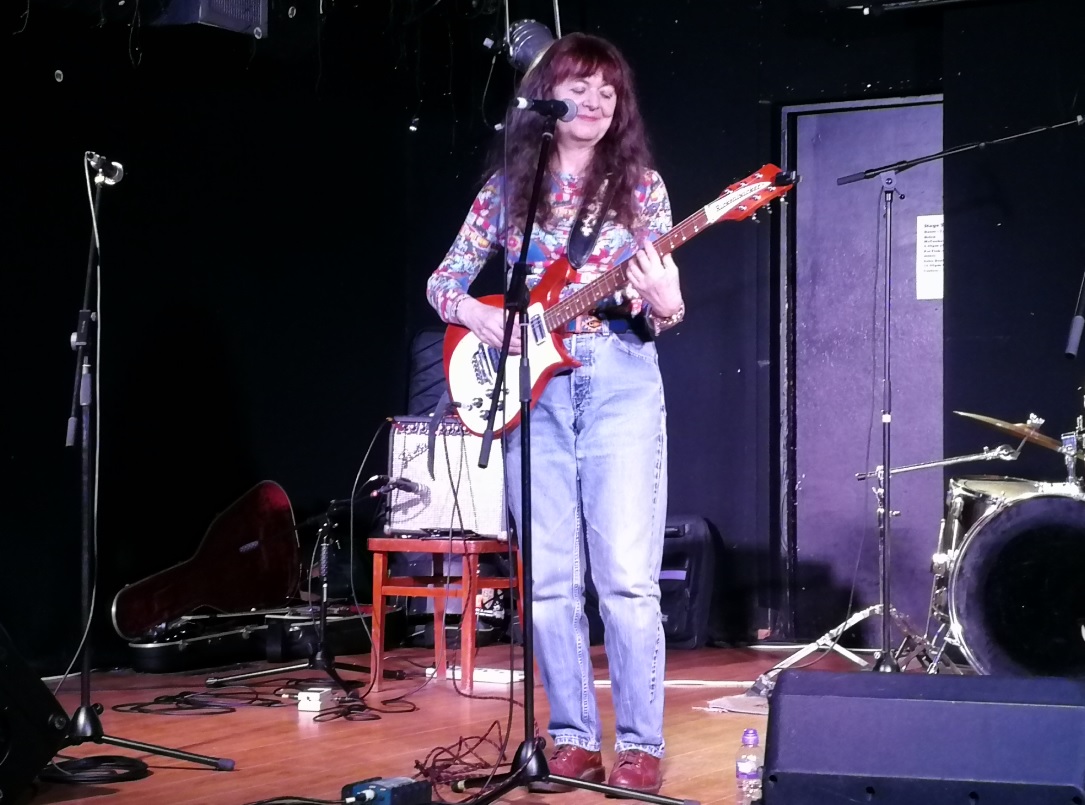 Brighton is such a wonderful place for live music. You can literally go out every night of the year (bar Christmas Day) and watch a musical performance and more often than not come away feeling as though you have had an enjoyable experience. Tonight has certainly delivered as there were no less than three concerts of interest to me and so I had to study the performance times of each event and make my decision. I was discussing with a colleague as to what to do and he said “Go and see Helen cos she’s nice”.

Indeed he is correct, Helen McCookerybook is a genuinely nice person. She’s always smiling and beaming radiance into the room that escapes from the stage and the loveliness fills the room. Each time you see her perform it’s like having that “Ahhhhhhhh Bisto” feeling and I suspect that everyone present tonight was feeling like that to some degree. 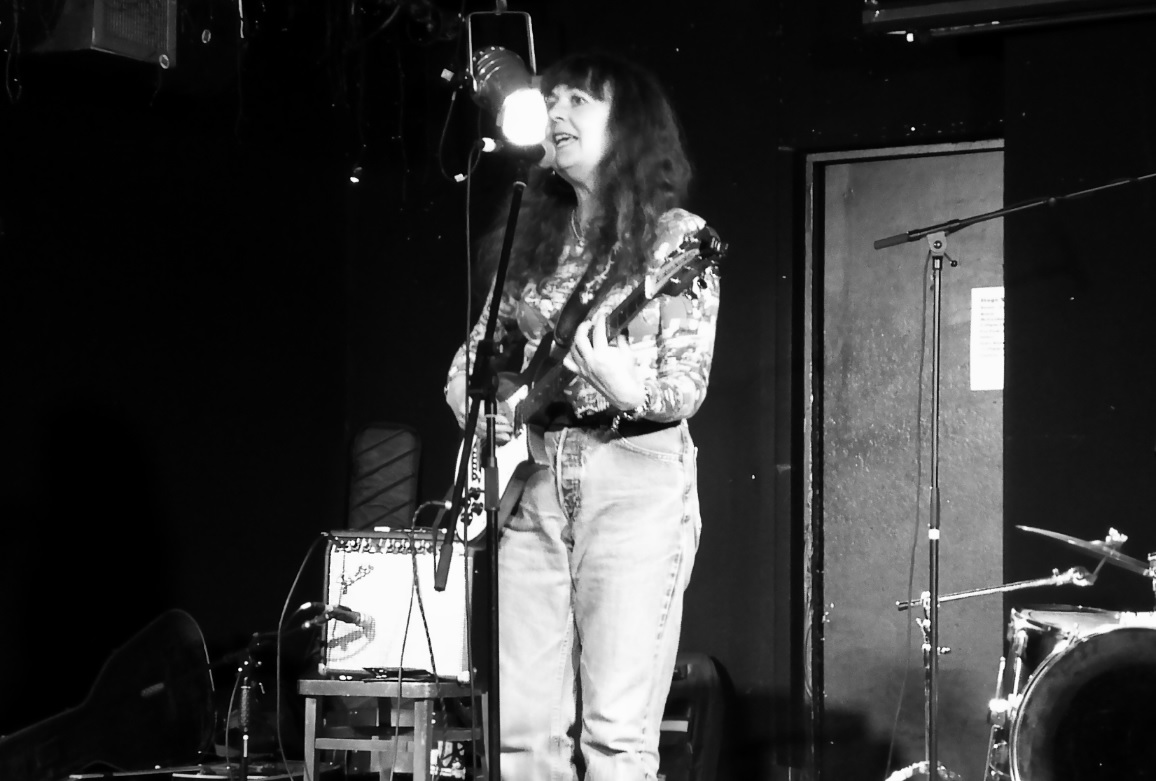 Performances these days are just Helen and her trusty ‘geetarr’ and a microphone, nothing fancy, just ‘here I am to sing a few songs for you’ and that’s it really.

The performance was downstairs at the Latest Music Bar, which is located in Manchester Street, Brighton and anyone who has frequented the room, will know that it’s a cosy affair and so tonight, Helen was merrily singing away at the beginning of her set and there were a few individuals at the bar located near to stage, that were still rudely talking and so from where I was sitting, it was a tad annoying and to be honest disrespectful. But lovely Helen just looks at them and says nothing, unlike many acts, who would suggest those concerned could be invited upstairs in to continue their conversations.

As each song was delivered, I noted the applause afterwards got louder and louder as the set progressed. Helen has won over all of the revellers! 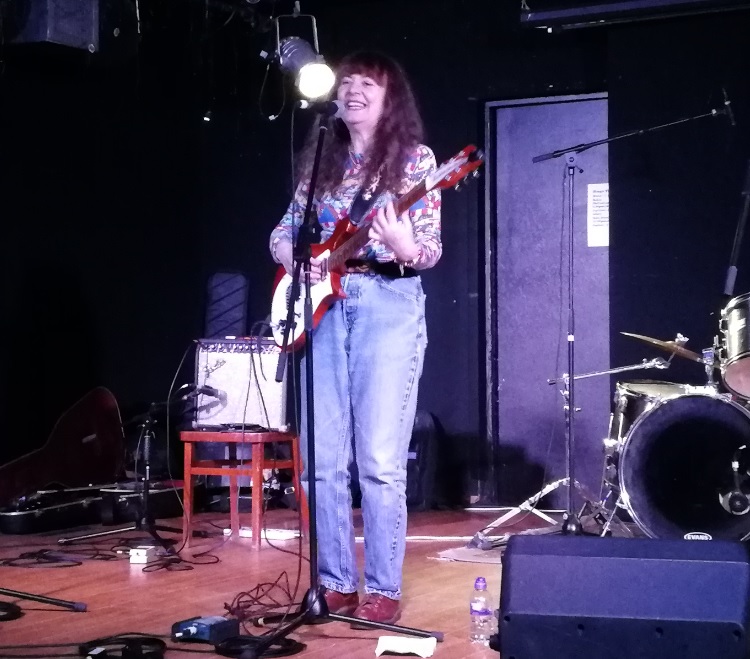 This evening we were celebrating the 40th anniversary of the recording debut with her old band The Chefs. I was a fan back then and fondly remember seeing them perform at the Concorde, not the Concorde 2, but the original venue that was located behind The Dolphinarium (aka The Aquarium aka Sea Life Centre on Marine Parade).

The Chefs were the darlings on Attrix Records, the Brighton based record label that used to be located at the Kensington Gardens end of Sydney Street in Brighton. The label was a beacon for the ‘Brighton sound’ of what was going down at the time. You can discover more about the label HERE.

This evening, Helen performed tunes from her days in The Chefs as well as Helen & The Horns numbers and obviously tunes from her recent solo releases including latest single ‘Saturday Night With The London Set’, which you can purchase on vinyl HERE. The tune appears on Helen’s latest album ‘The Sea’ which came out in 2017 and can be heard and/or purchased HERE.

Helen’s 45 minute set consisted of 13 tunes interspersed with charming banter. Her selection reads:
‘A Bad Day’, ‘These Streets’, ‘Temptation’, ‘Let’s Make Up’, ‘Records And Tea’, ‘The Mad Bicycle Song’, ‘Lover When You Leave Me’, ‘A Good Life With A Bad Apple’, ‘Saturday Night With The London Set’, ‘Snakebite’, ‘At The Bathing Pond’, ‘Heaven Avenue’, (encore) ‘Big Brother Is Watching You’.

There were two other 45 minute performances tonight (Asbo Derek and Pat Fish) but sadly I was running between venues and missed both of them. But more information can be found on them HERE.

Helen will be returning to Brighton almost immediately, but for a different reason as she will be hosting a Q & A session! Interested? Then read on……………… 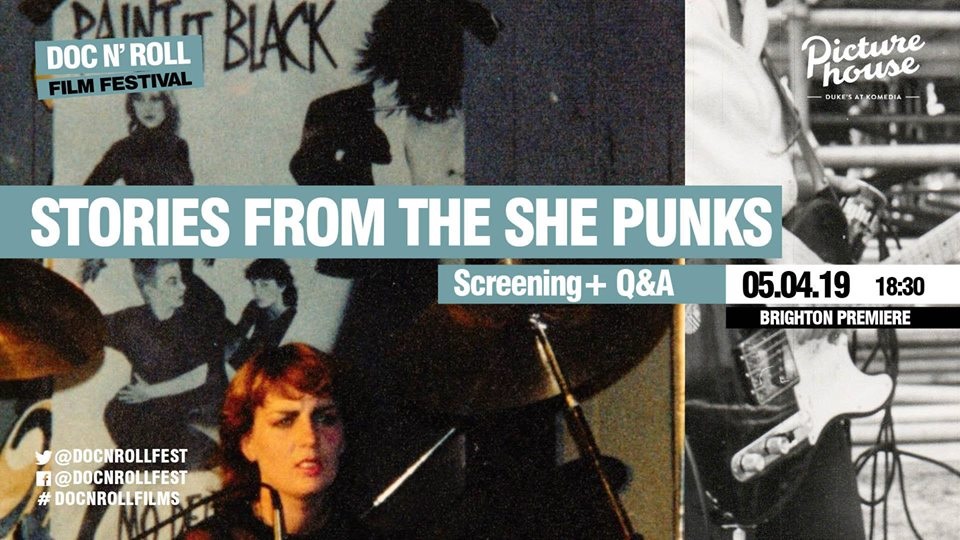 In 2007 McCookerybook, (AKA Dr. Helen Reddington), published ‘The Lost Women of Rock’, a ground-breaking book recognised for its frank and critical analysis of women breaking into a male domain. The book was turned into a powerful documentary ‘Stories from the She Punks: music with a different agenda’  (2018, UK, 45 mins), directed by McCookerybook and Gina Birch of the Raincoats which had its successful world premiere at London’s 2018 Doc’n Roll Festival and is being screened in Brighton on 5th April at The Komedia. Helen will be present at the screening and there will be a Q & A session for those in attendance. So grab your tickets HERE.

The documentary is a fascinating and is built on new interviews with the women who played instruments in punk bands in the 1970’s. In accounts laced with wit, honesty and insight, pioneering players including the Adverts’ Gaye Black (bass), Palmolive from The Slits (drums), Shanne Bradley from The Nips (bass), Jane Munro from The Au Pairs (bass), Hester Smith and Rachel Bor from Dolly Mixture (drums and guitar), bassist Gina and guitarist Ana da Silva from The Raincoats, as well as many others, we hear about acquiring instruments, learning to play, forming bands and getting gigs. 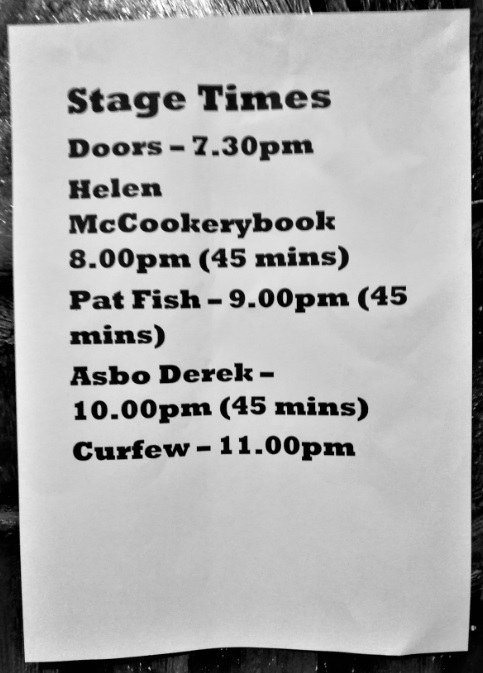