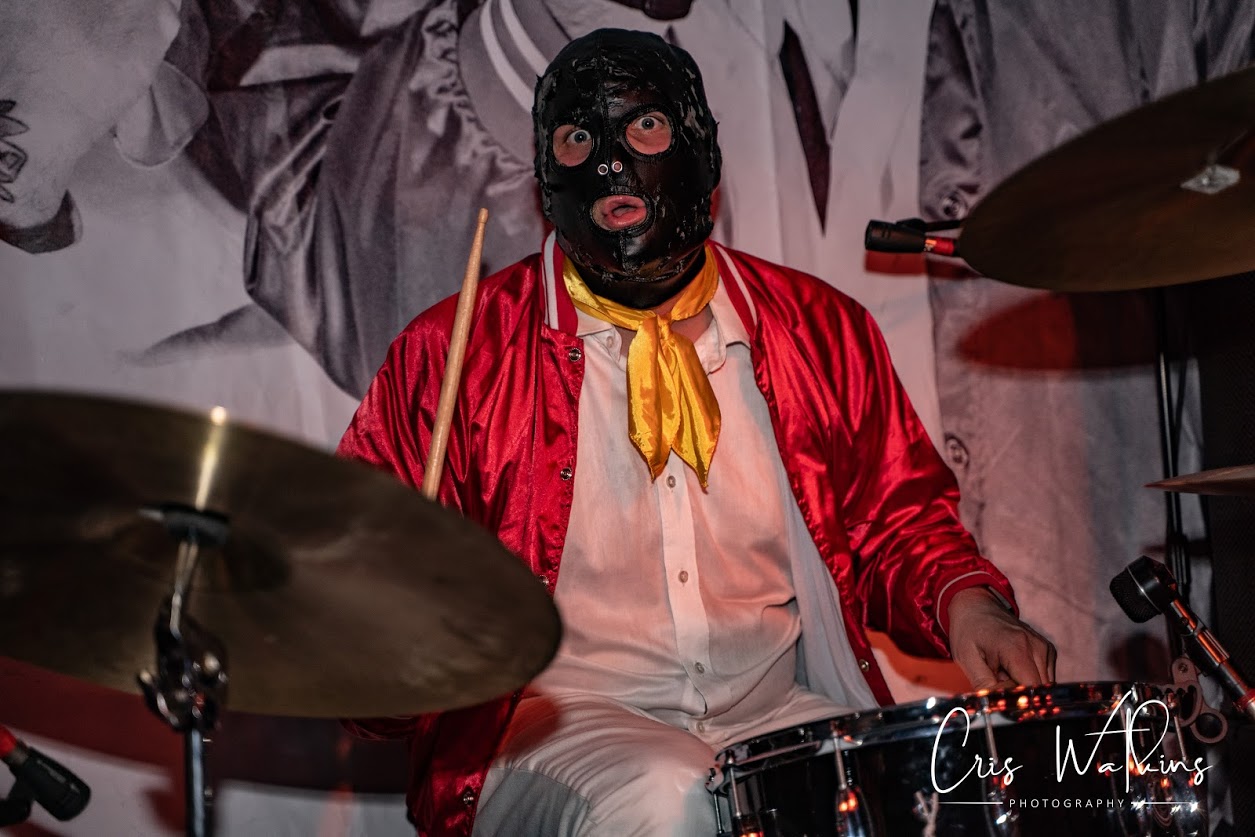 The mysterious pseudo-punk trio out of Canada known as Dboy arrived in Brighton last week as part of their initial 10-date UK tour, or as they word it “The Dboy presidential campaign”. There were to be no less than three concerts here in Brighton as part of their UK May tour. However Dboy added a secret 2:30am show at The Richmond on Saturday 11th May, thus expanding the tour to 11-dates with an impressive four gigs in Brighton. 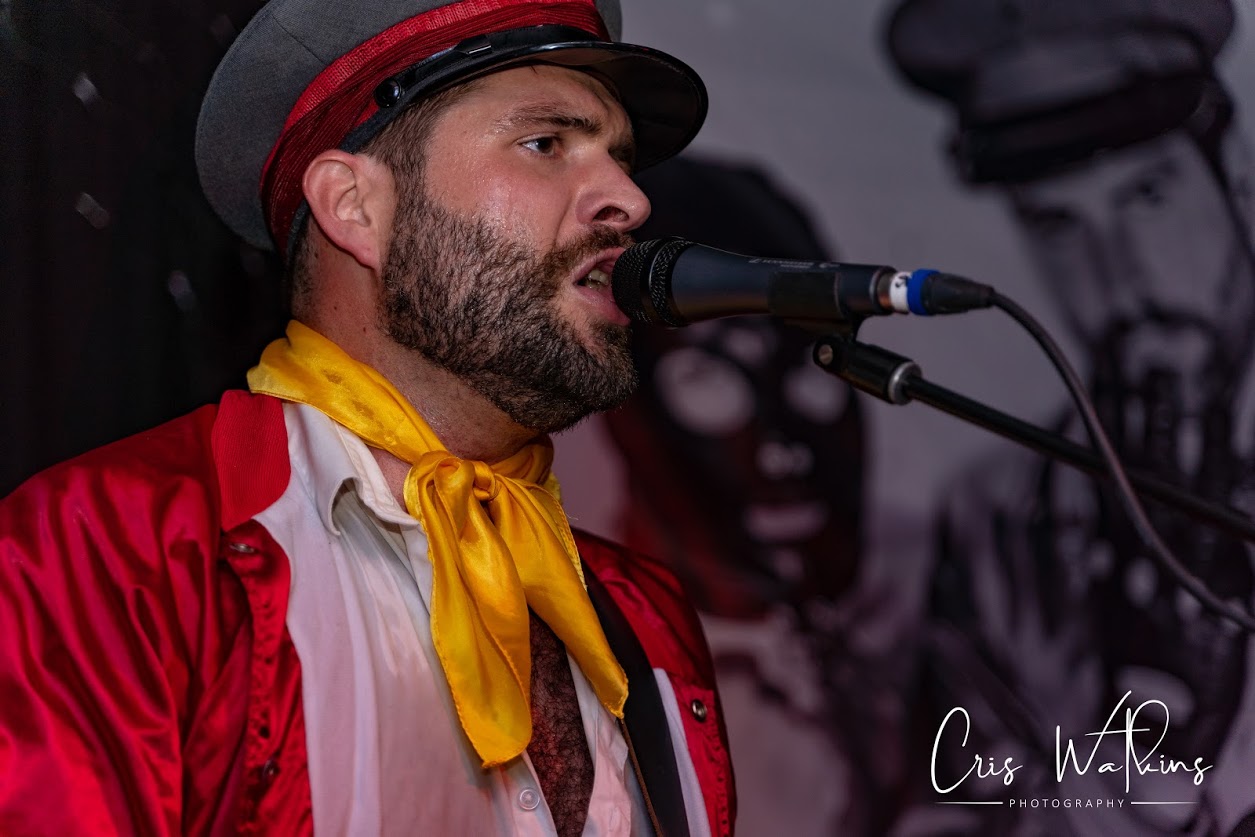 The Brighton & Hove News music team headed out to catch their first performance in town at The Prince Albert on Wednesday 8th May and then again less than 24 hours later at the nearby Green Door Store from 4pm as part of their two official Great Escape gigs. The other being later on the same day (Thursday 9th May) at The Three Wise Cats aka Casablanca in Middle Street. 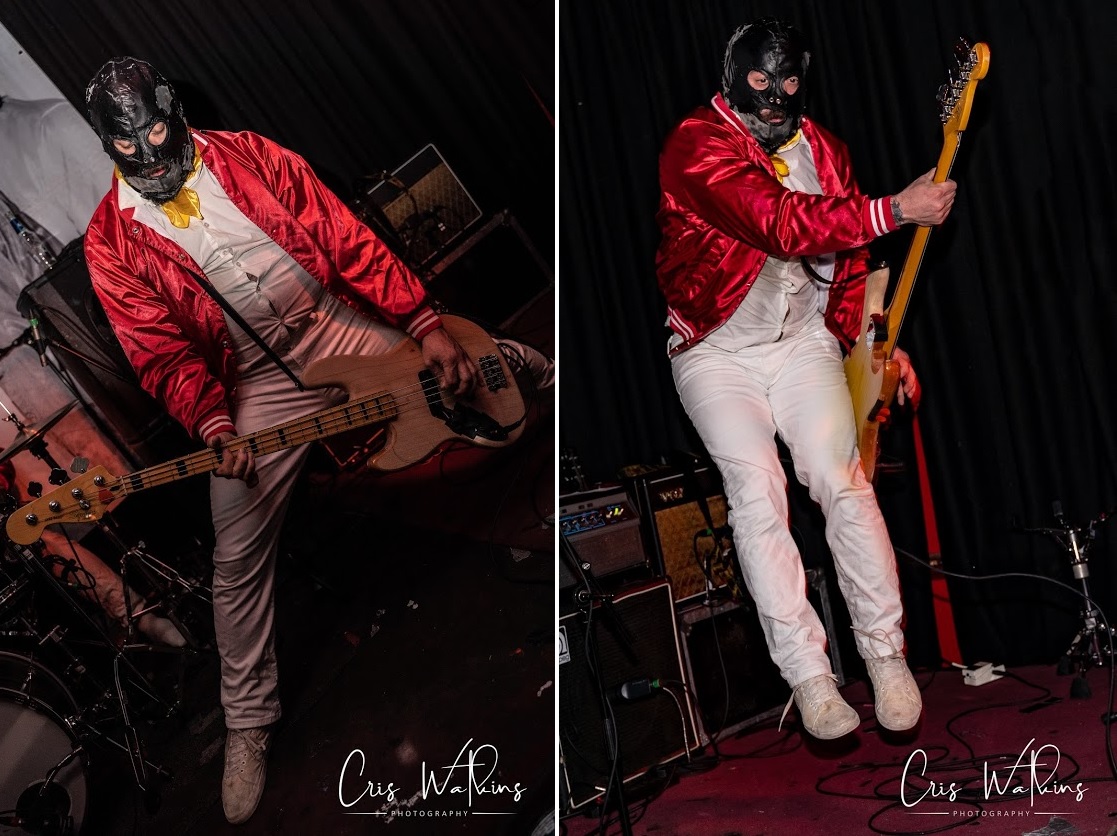 Dboy, pronounced DeeBoy as opposed to DurrBoy, certainly remain somewhat of a mystery as two of their members don fetish gimp masks whilst playing live, which must certainly make them rather hot around the collar and their vocalist wears an army cap. Add to this unusual image, the fact that all three of them wear disco style red satin jackets and white shirts and white trousers along with yellow Dboy scout scarves and indeed you get a strange contrast in varying styles that further adds to the enigma. 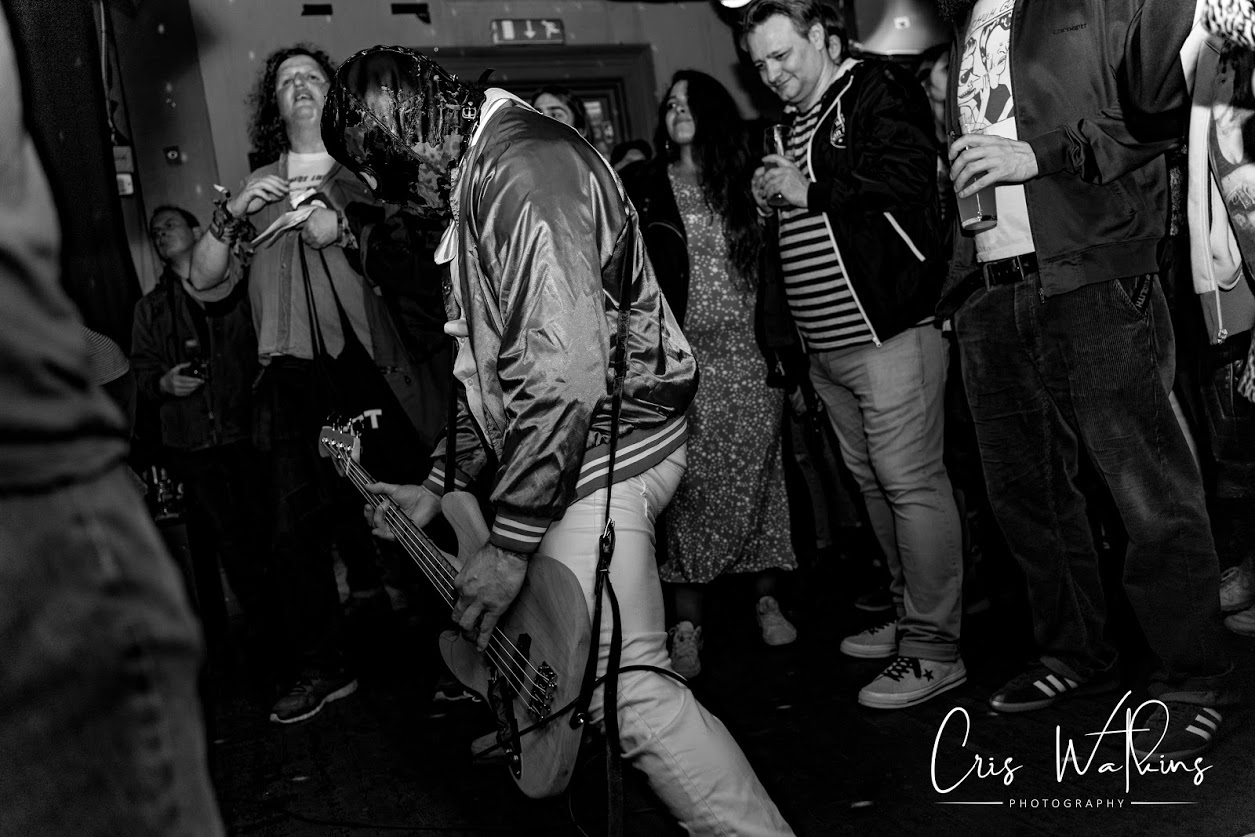 They posted “Brighton we love you” on social media, along with a shot of their fans known as ‘scouts’ walking along Kensington Gardens towards Infinity Foods Shop & Bakery. No doubt not going on a bank raid as most would assume, but more likely dropping by for some organic and ethically led vegetarian and vegan produce – see pic below. 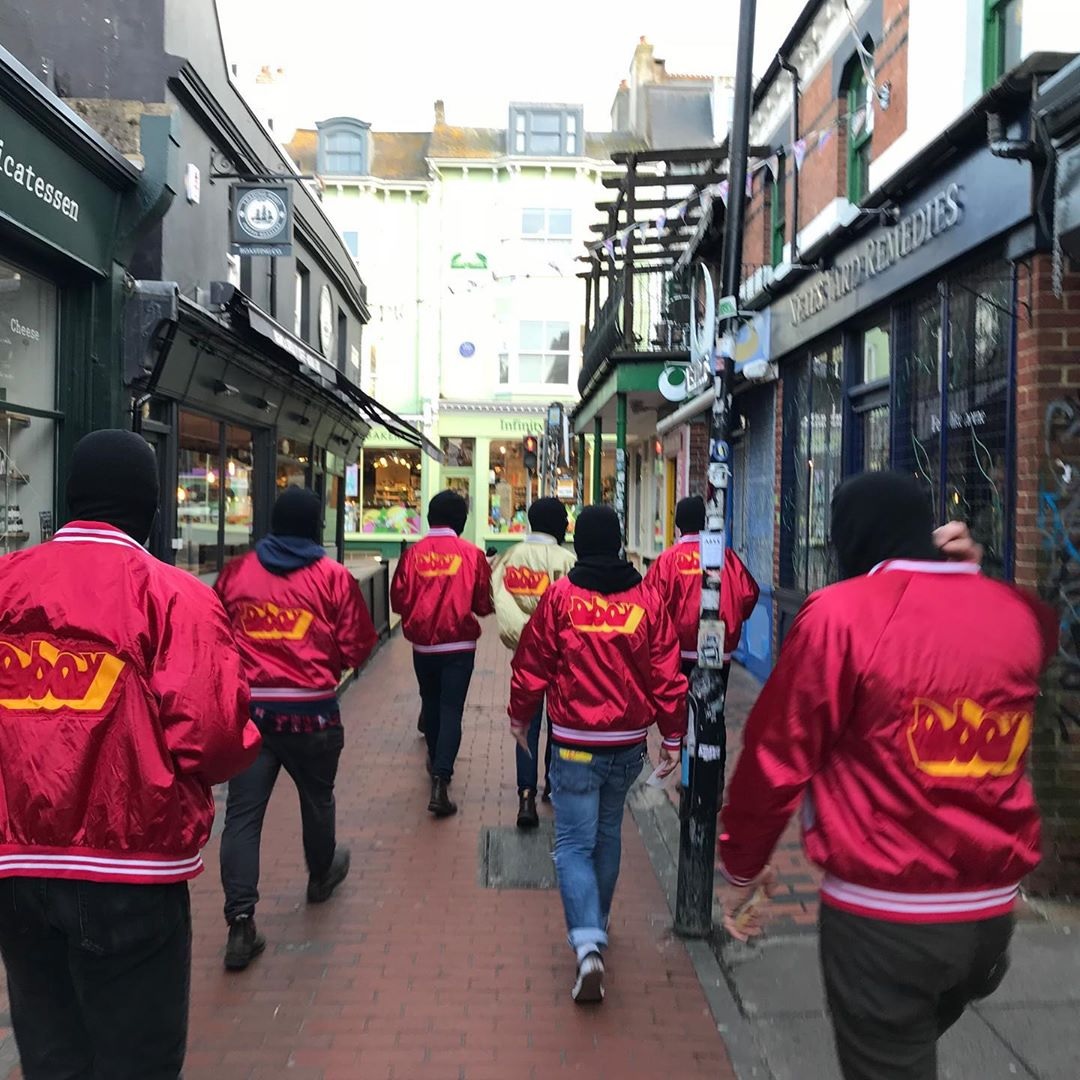 This reminds me of the time I witnessed Slovenian avant-garde music group Laibach exit the Theatre Royal in Brighton immediately in front of me. I was walking directly behind them and there were five guys who were all 6ft plus including bald lead singer Milan Fras in the middle. They were wearing Soviet style army uniforms and walking side by side and everyone was moving out of their way for fear of life! Of course I knew better, as I knew who they were, but it was highly entertaining though. 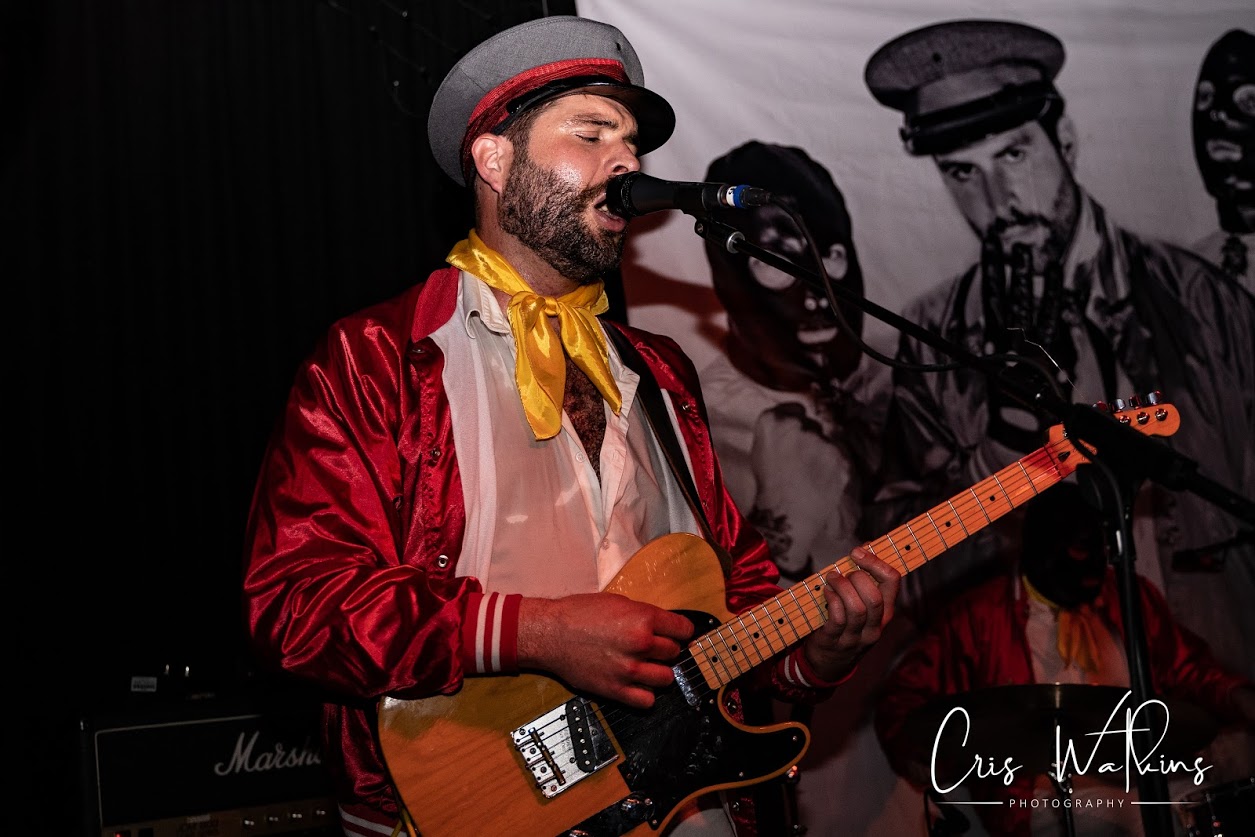 Back onto the Dboy presidential campaign and the trio were allotted 45 minutes to get through their 14 track set, if you include the intro tape. Sounds rather tight doesn’t it? Nah, no problems for these dudes, they rattled through their set in something like 25 to 30 minutes. If was fabulous and can be likened to putting on arguably the best live album by anyone ever – ‘It’s Alive’ by The Ramones. It was bang, bang, bang, the tracks kept coming at you at 100mph. In fact, some Motorhead fans might enjoy Dboy too. 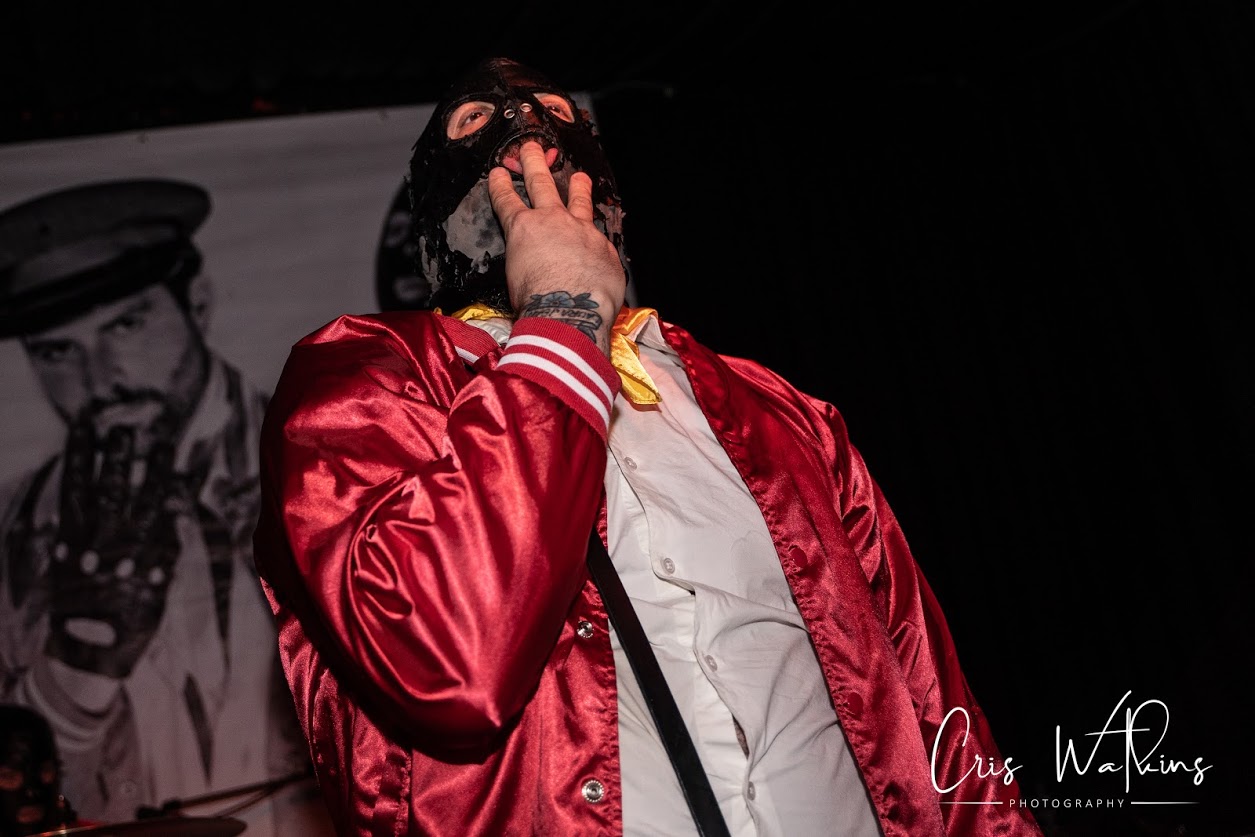 Their sound can be likened to early days US punk but with a twist. Although I must admit that when they very first took to the stage there was this three fingered salute by the band and some of their hardcore fans, which was accompanied by by a tape of their manifesto. It had a whiff of extreme evangelical behaviour meets Mussolini and Hitler about it and I was instantly very uncomfortable about it. I quizzed the singer after the gig about this and it turns out that it simply refers to there being three members in the band. Need not had worried then. Obviously I had misread the situation, but all I knew is that I really loved their material that I have heard on the various Bandcamp pages and would have purchased a CD on the night, but sadly only a vinyl album was an option and that wasn’t really convenient. 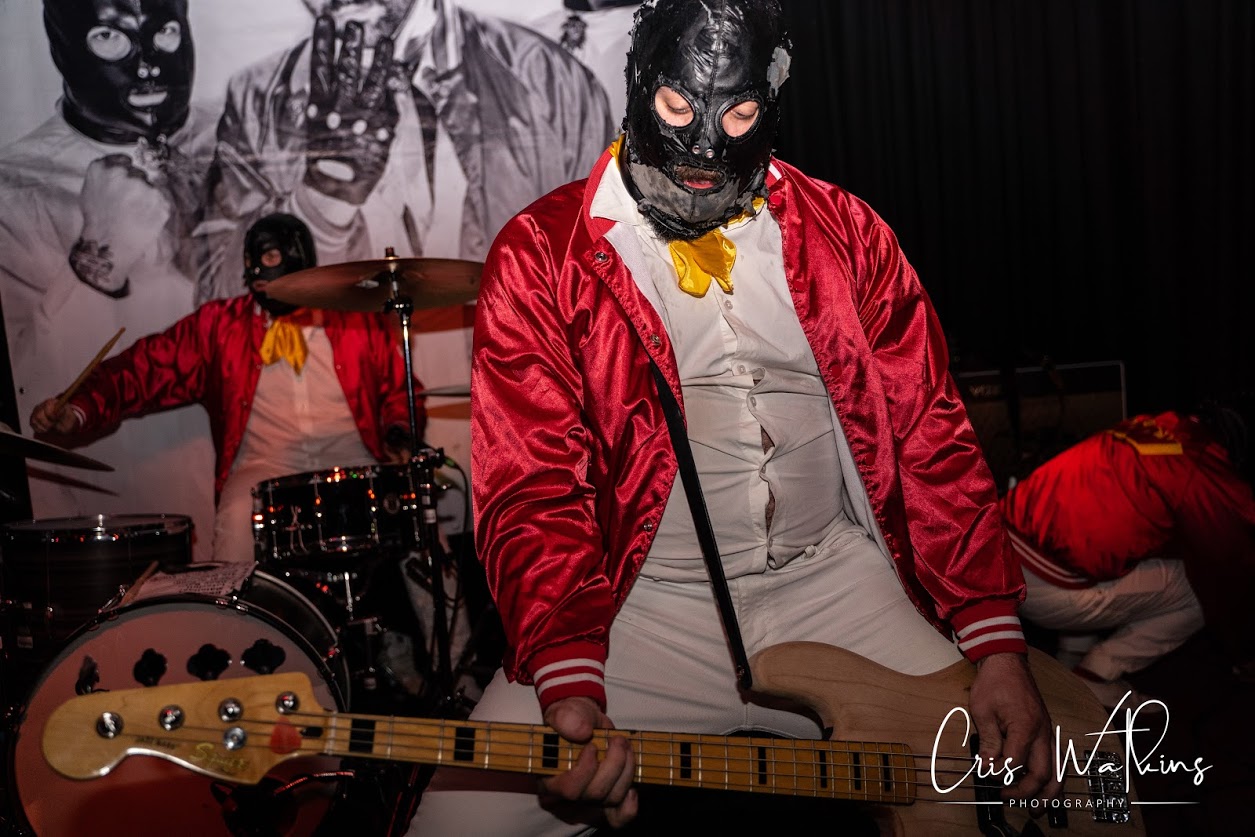 I wouldn’t want you to miss out too and so, I have added links to every one of their songs performed tonight on the setlist below, so simply click on each track and work your way through the set and re-live a fab evening. 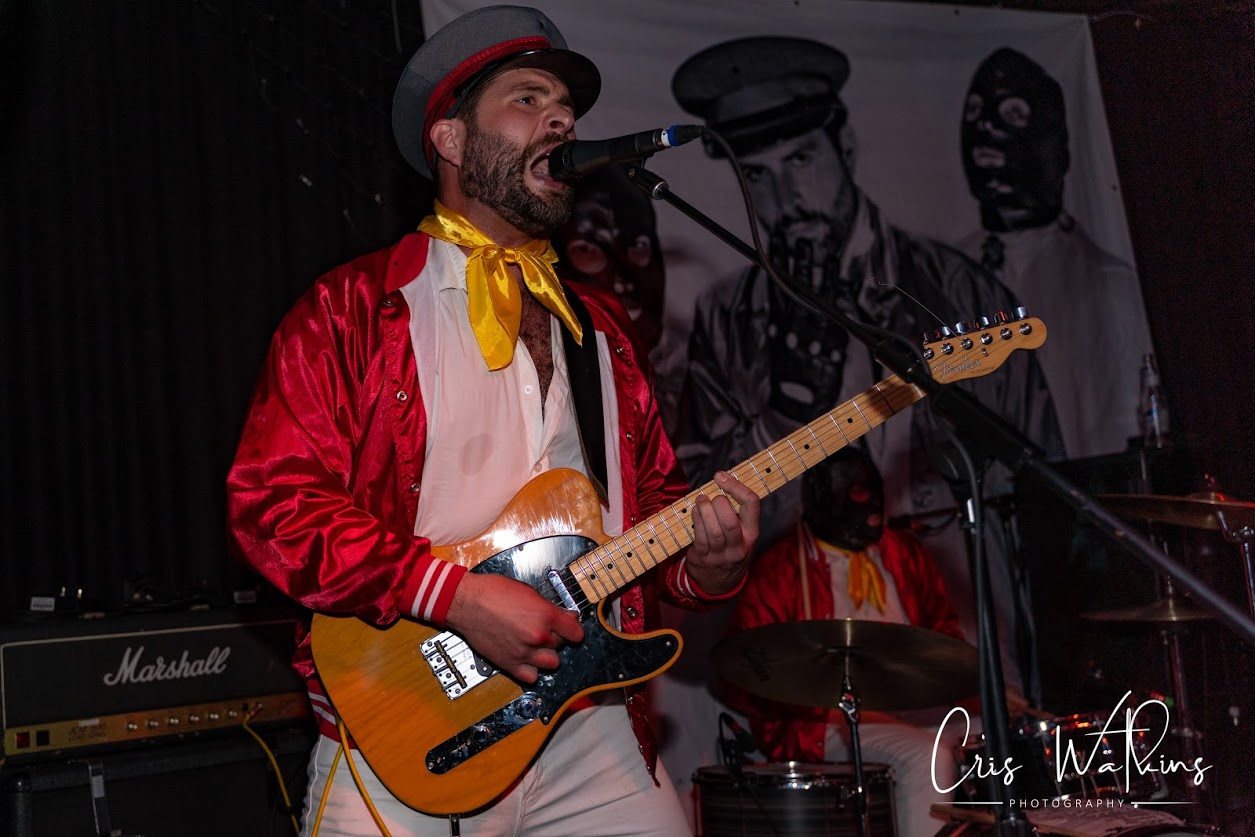 Their performance at the Green Door Store will be reviewed as part of The Great Escape 9th May article. 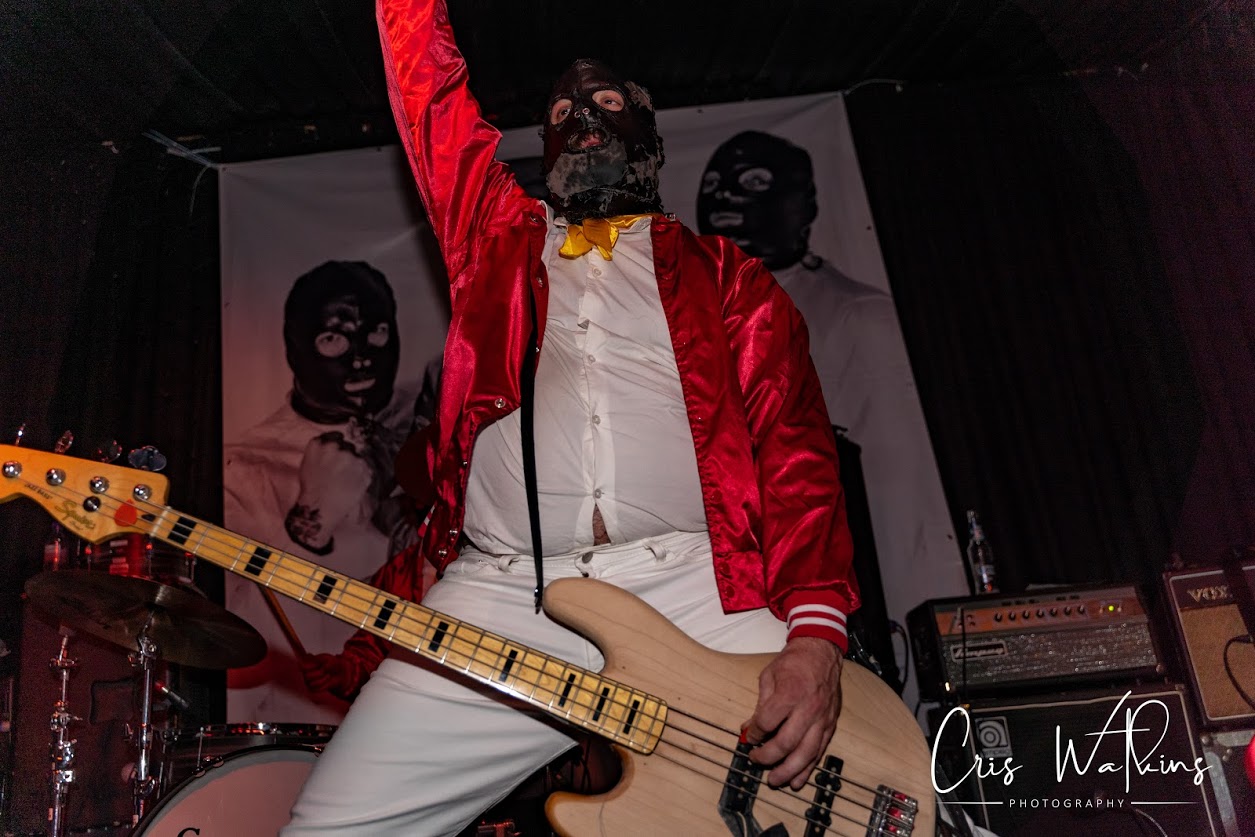 Further information on Dboy can be located HERE.

Also on the bill this evening were Peeping Drexels, Strange Cages and SNAYX. 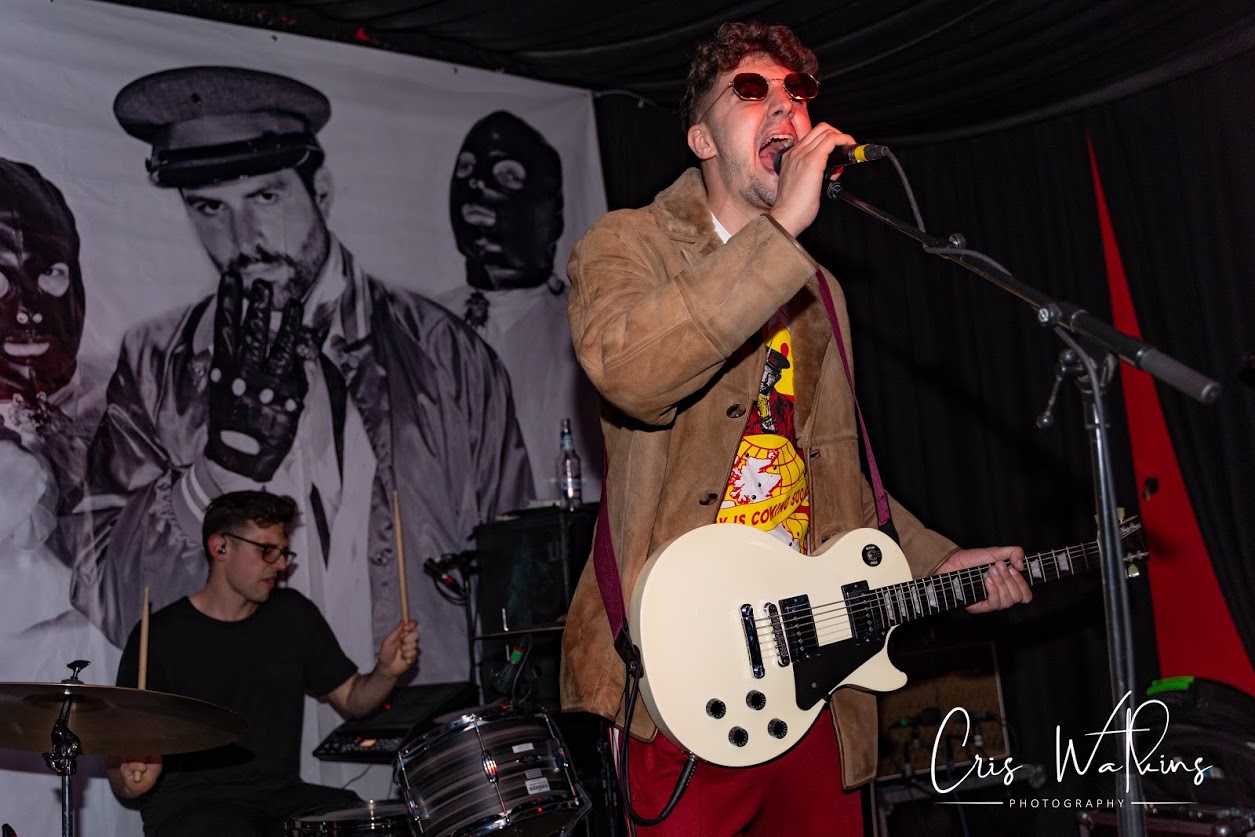 First up on the night were south-east based SNAYX, which is pronounced ‘snakes’. Clearly the lead singer was a fan of Dboy as he was wearing one of their t-shirts, under his sheepskin coat. 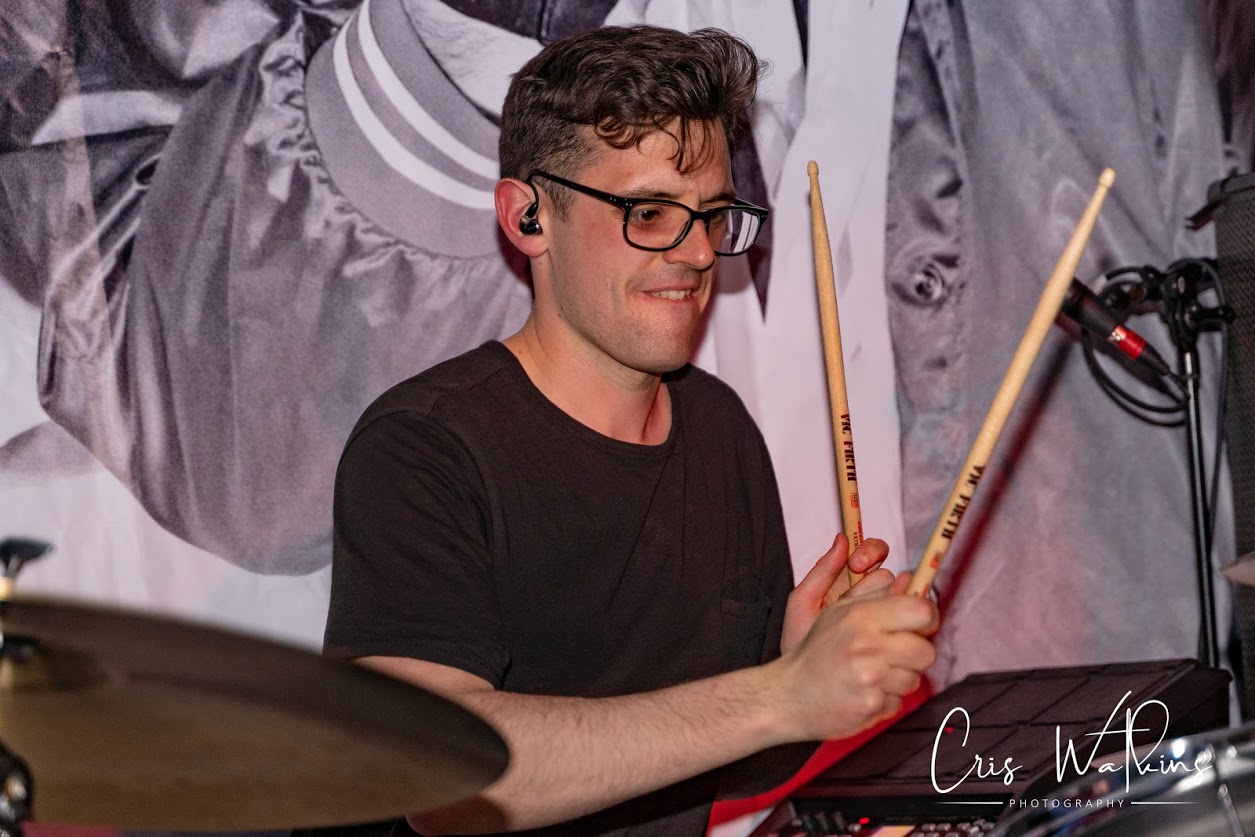 They have an indie pop rock sound accompanied by a meaty bass and were launching their brand new single ‘Body Language’ at the gig. Listen to it HERE. Their previous single ‘Deranged’ was performed too. I think there was a track called ‘Buck’ (or similar) which seemed to have a great intro. Their final tune was different from the rest of their set and had elements of Sheep On Drugs in it and was for me their standout number. The band were well in sync and seemed to be having fun. 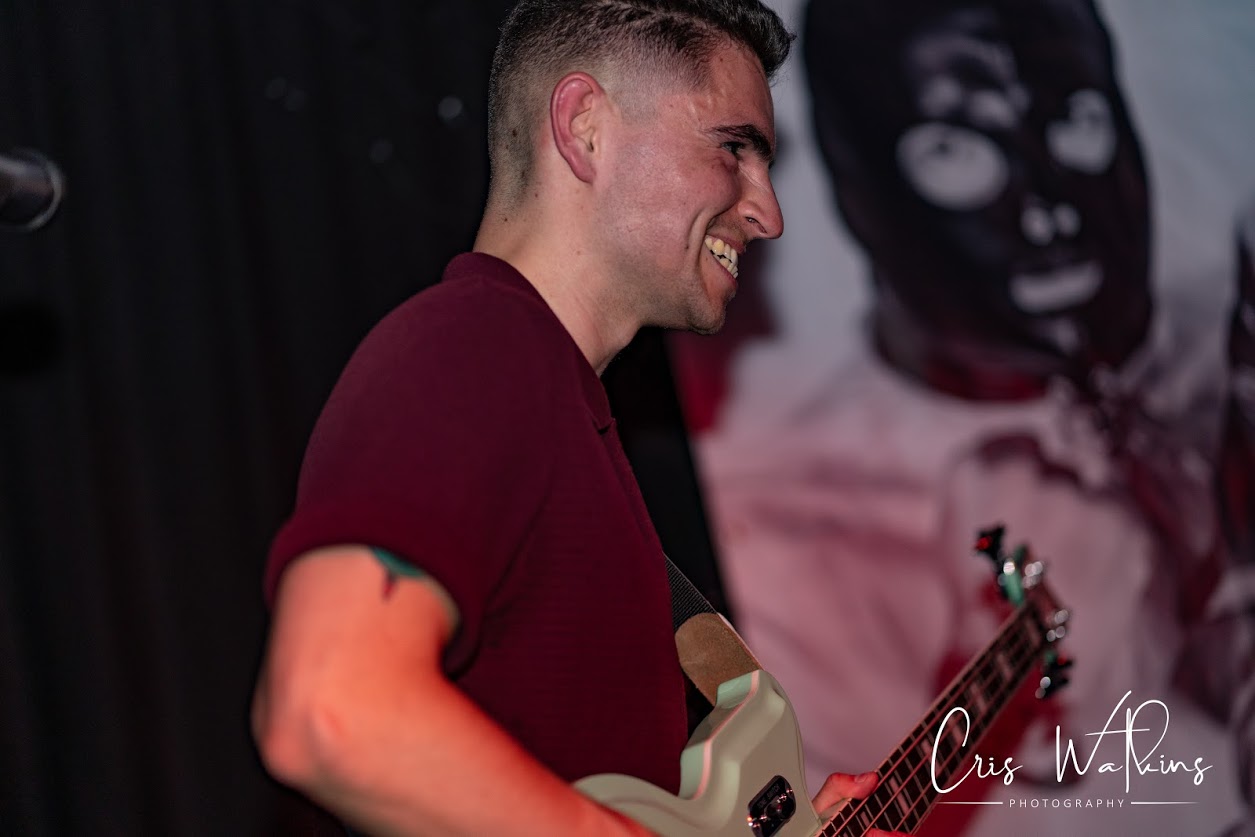 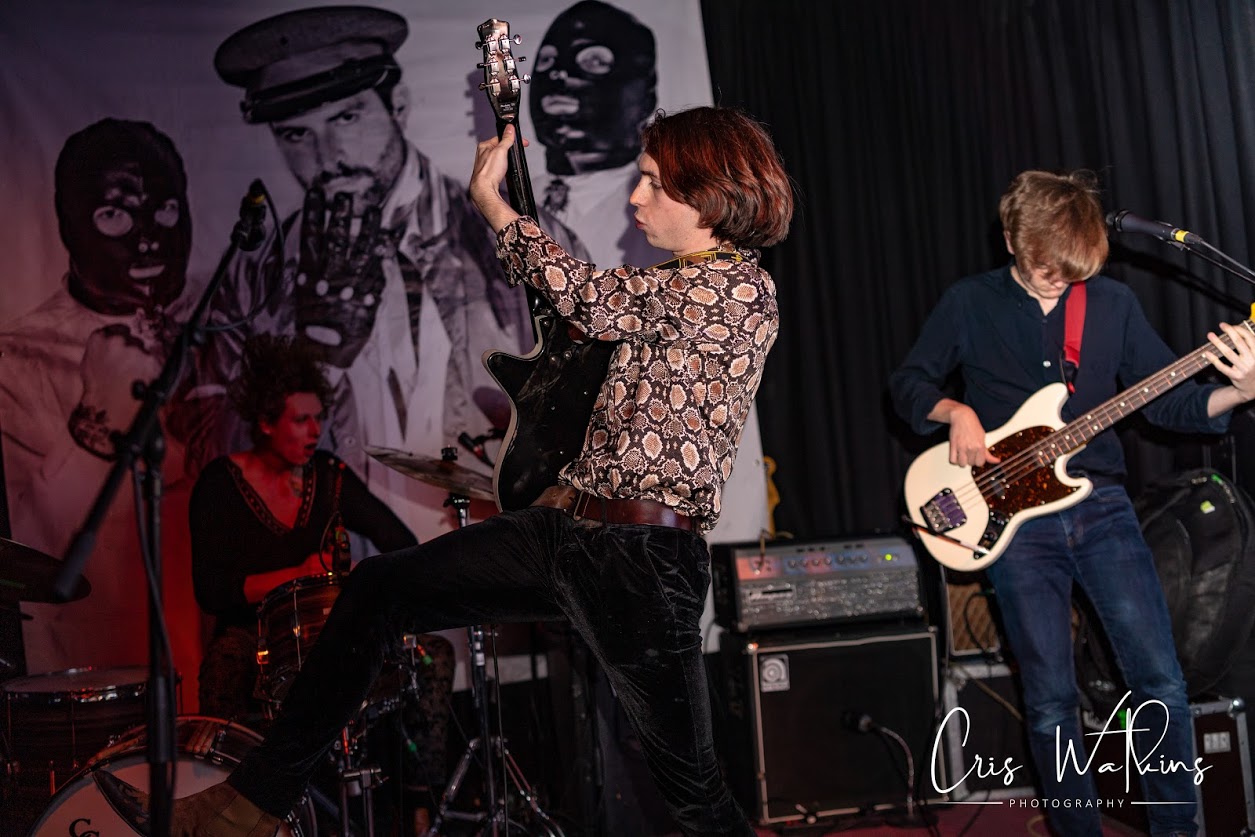 The four guys from Strange Cages were up next. These are a familiar name on the Brighton gig circuit and are usually popping up every few weeks to spread a dash of kaleidoscopic colours throughout the smaller local venues. 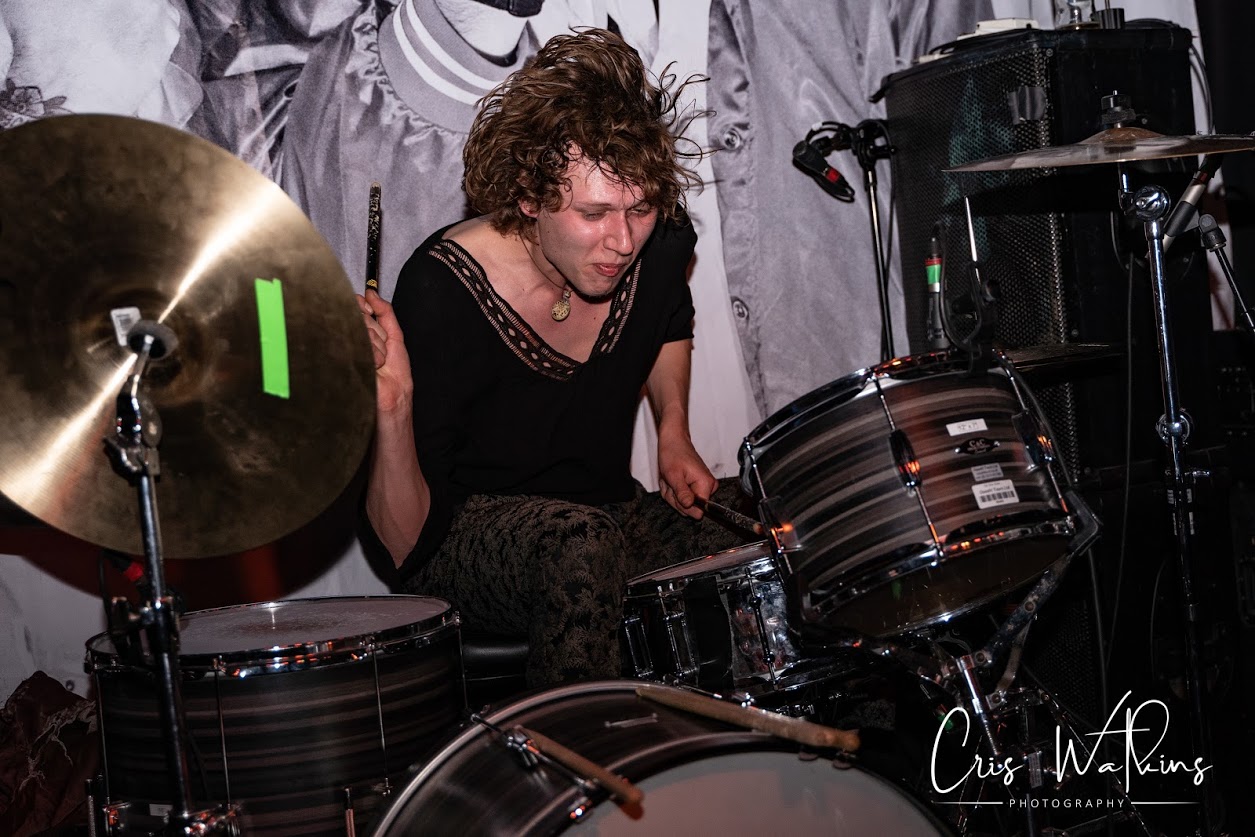 Their sound is a mashup of varying styles, but you can seriously hear the psych rock influences from the late 60’s and early 70’s (as well as see it in their shirts), but given a modern twist. I love the sound of their Dave Smith Instruments Phophet ‘08 synth and their drummer is seriously wicked! 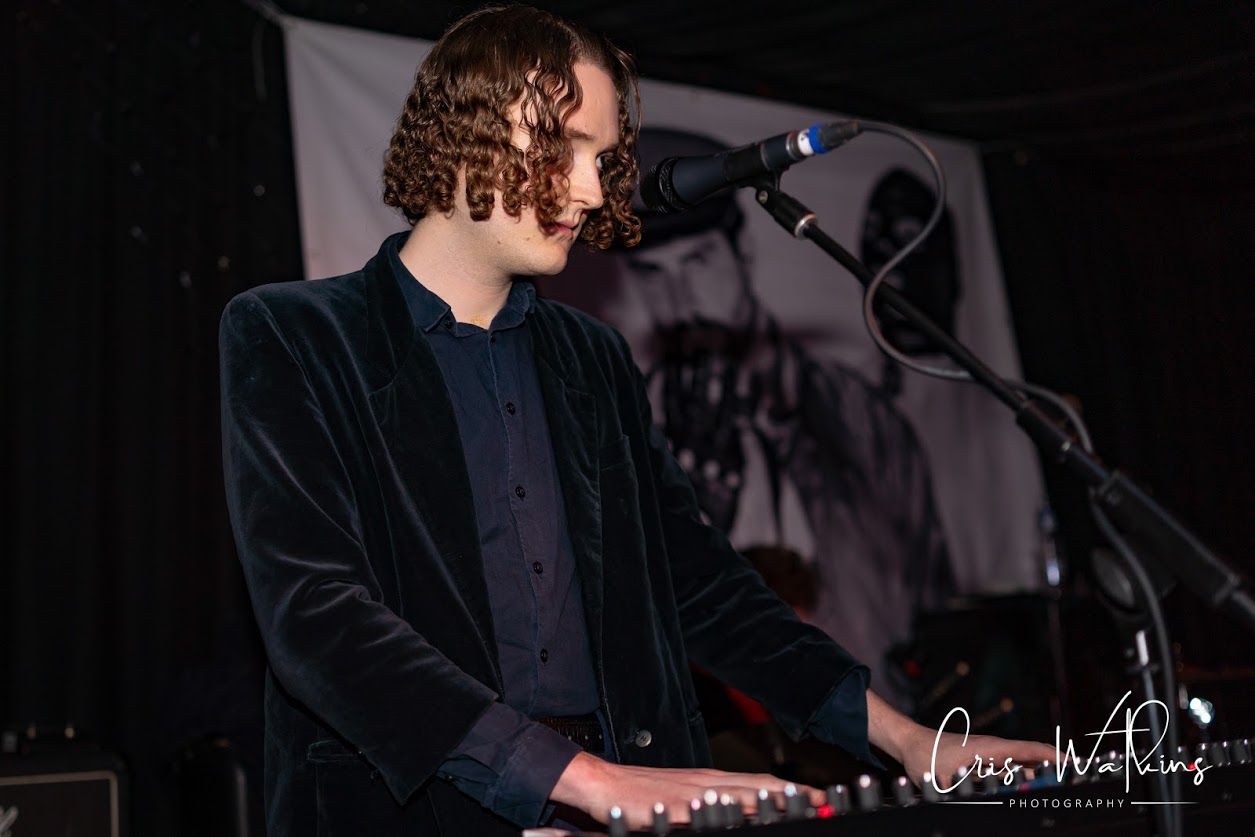 ‘Dancing Like An Alpha Male’ was enjoyable with the Tubeway Army (early Gary Numan) style keys over Golden Earring’s ‘Radar Love’ sound. Strange Cages also offer up Horrors and Echo & The Bunnymen in their sound too. The final track was an absolute monster! 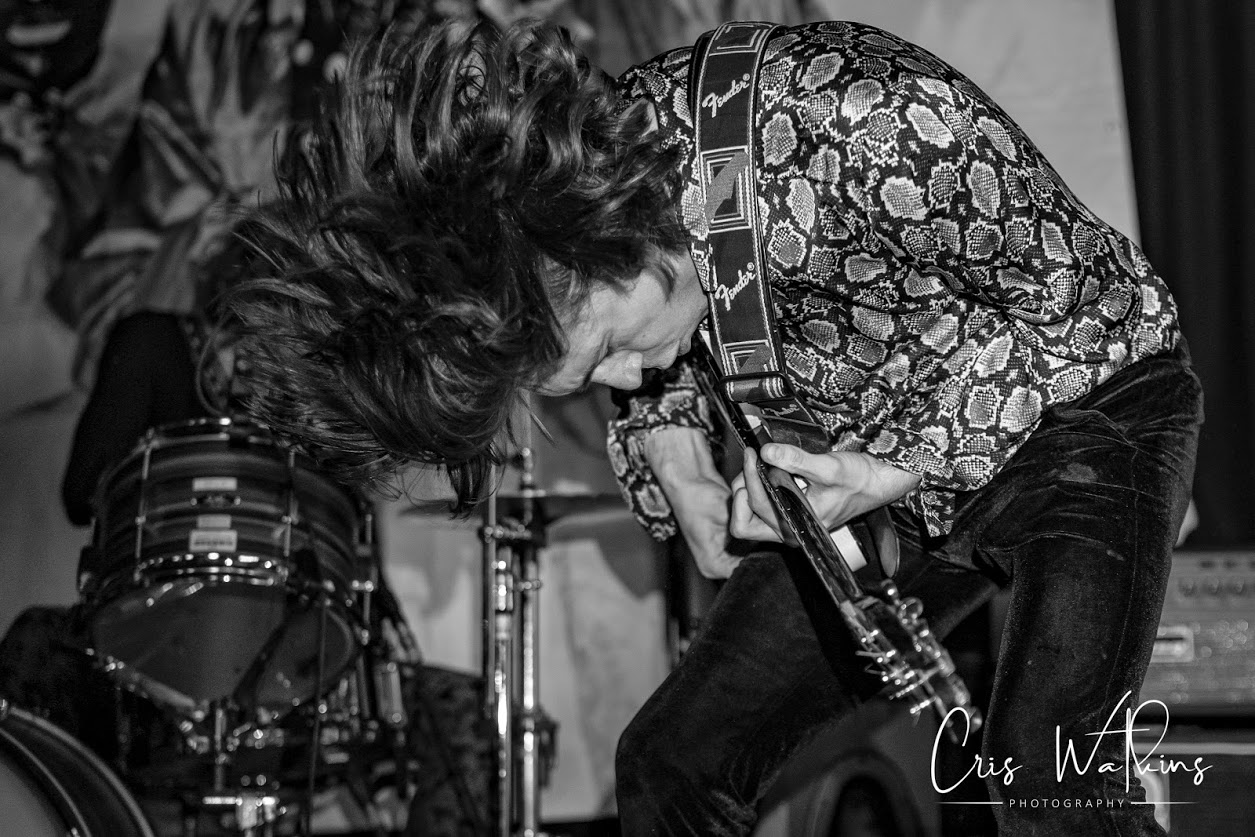 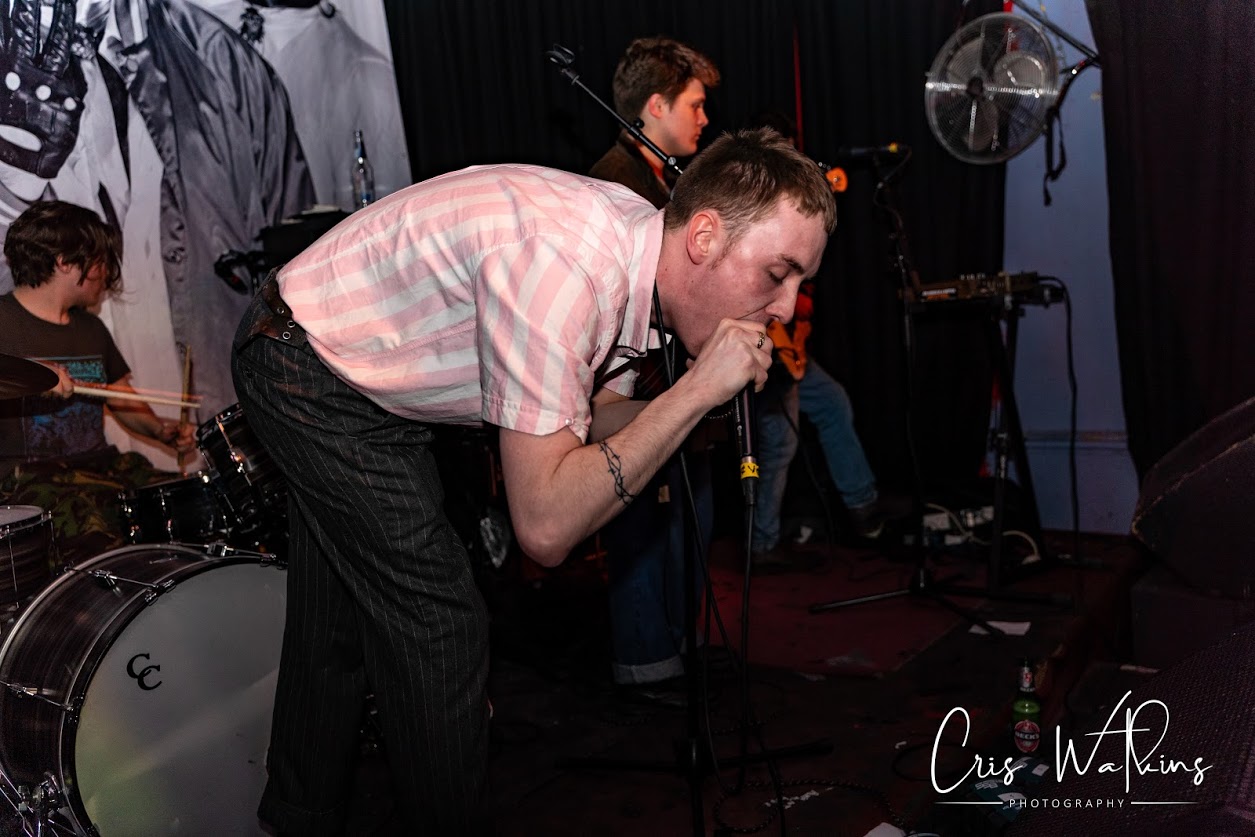 Prior to Dboy we witnessed Peeping Drexels who are a young 5-piece band hailing from South London. I’m sure it wasn’t their fault, but I thought that their synth wasn’t loud enough and so their set could have been a tad better because of this. Having said that, their singer reminds me of Cal from Brighton’s finest DITZ, as he had a similar style. 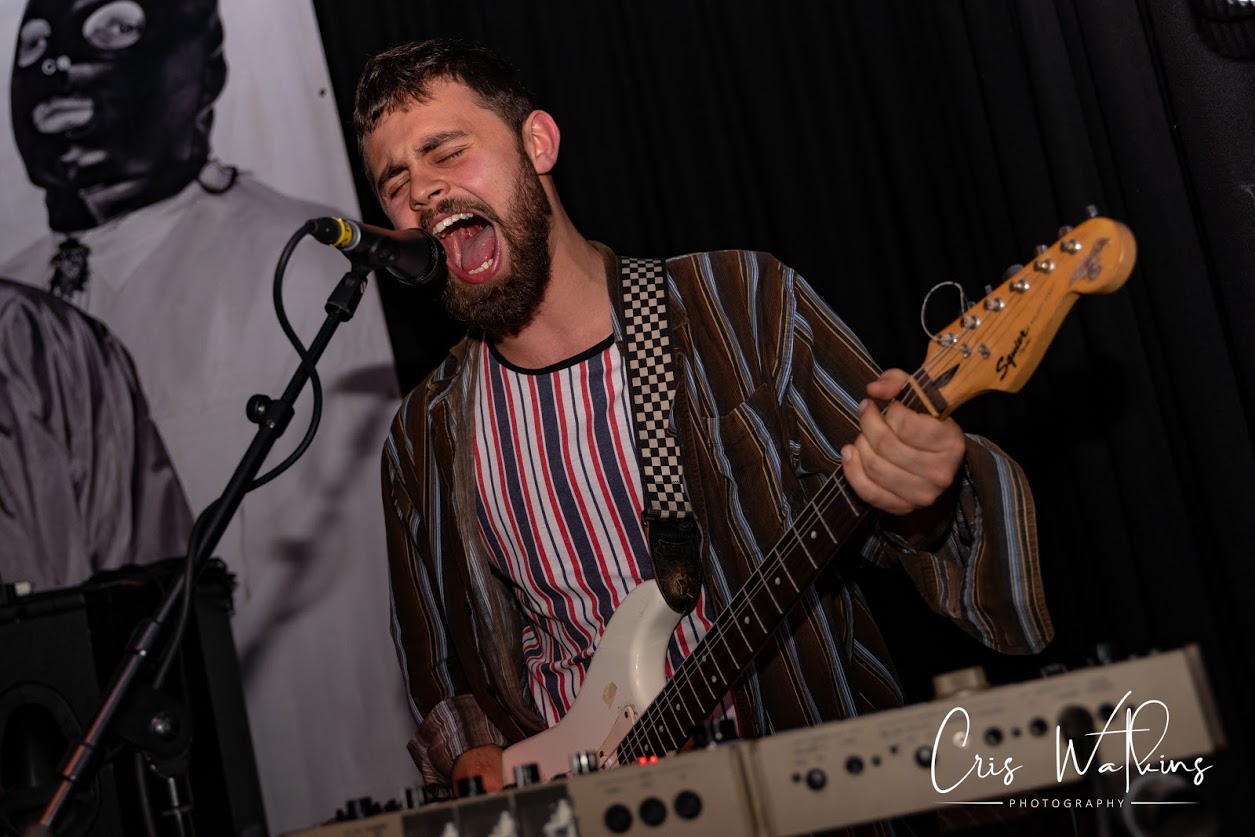 I would suggest that Peeping Drexels are a melodic version of IDLES, but with a Jah Wobble (Public Image Limited) style bass with added jerky sound. There’s a slight funk element in their set at times, which heads towards ‘Pssyche’ by Killing Joke territory. 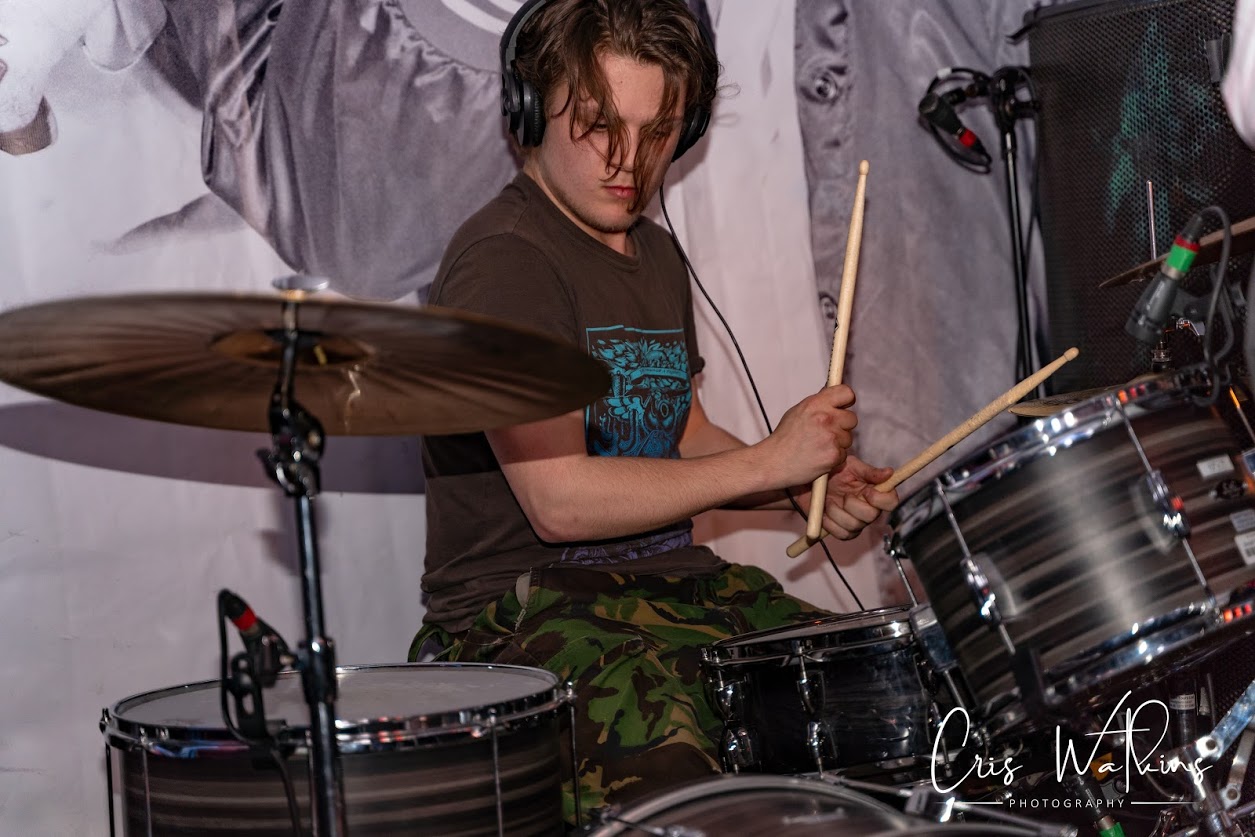 Listen to them HERE and further information on the band can be found HERE. 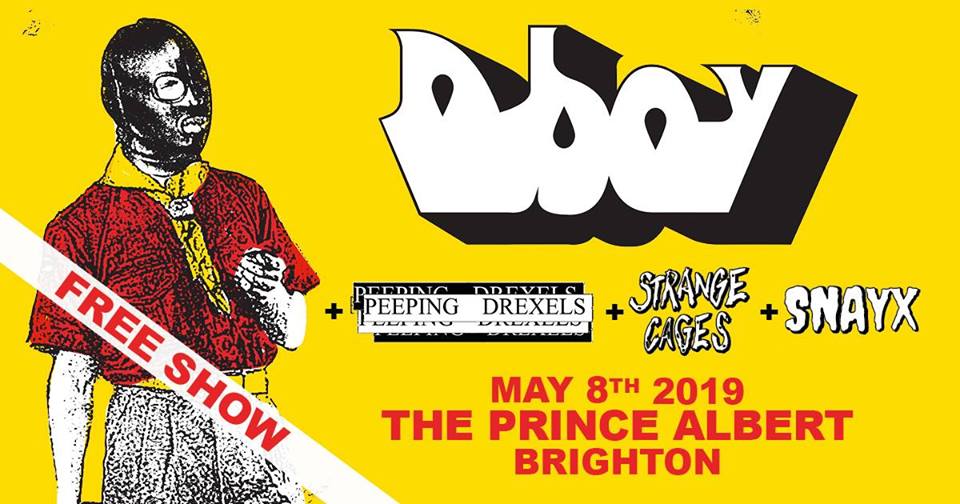 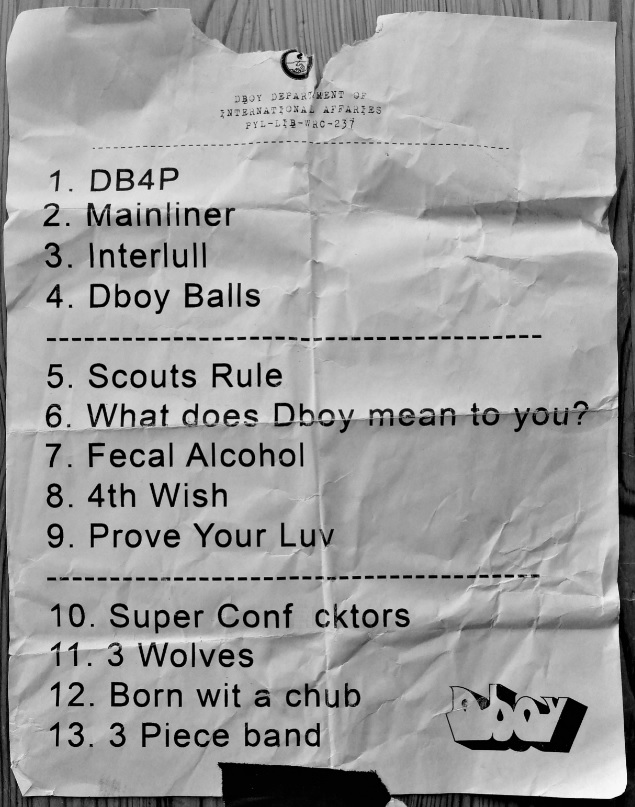 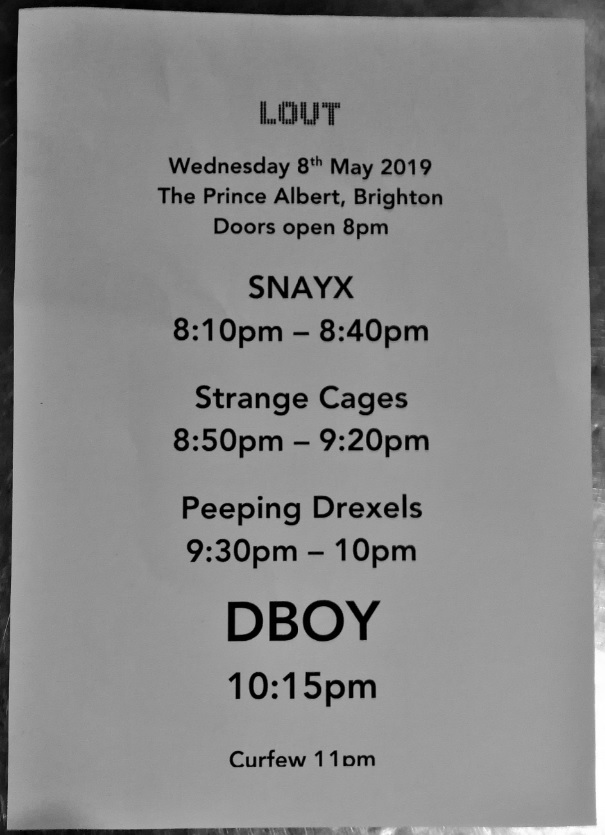 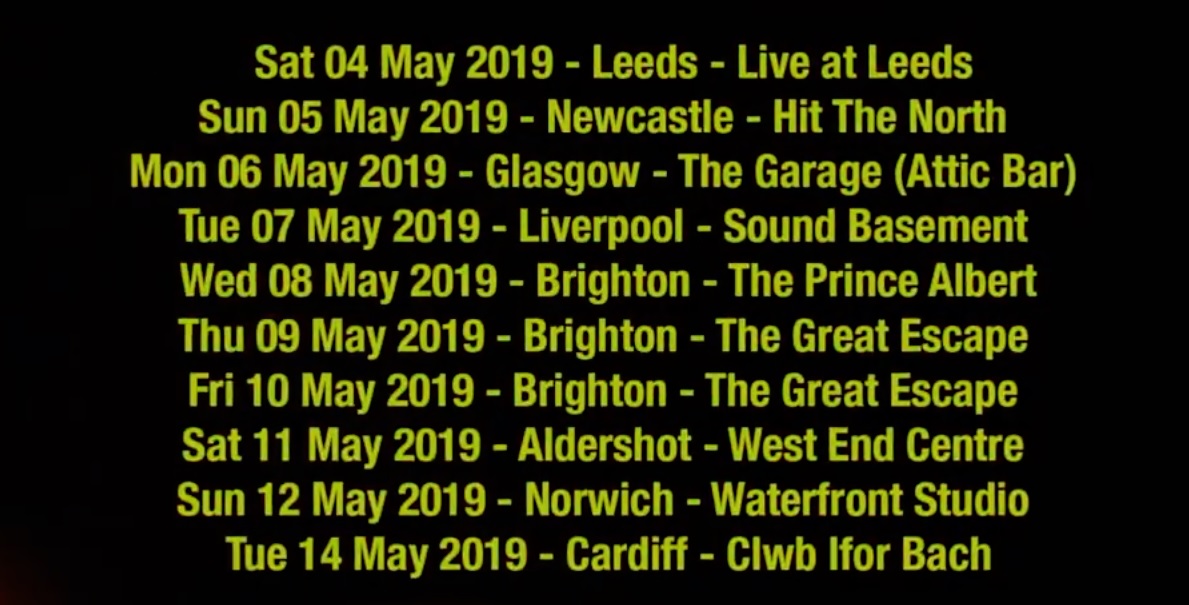