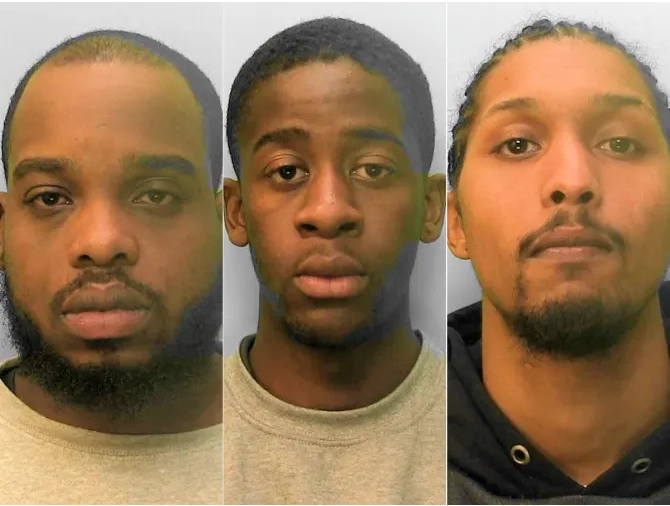 Three men, including one said to have been at the top of the chain, have been jailed for their part in a “county lines” drug operation in Brighton.

They were sentenced last Friday (7 June) after a three-week trial at Hove Crown Court which ended last month.

Andre Phanor, 29, unemployed, of Laundress Lane, Hackney, London, was identified as the Mr Big of a drug dealing operation known as the Scotty Line.

He and his fellow dealers were busted by police in Brighton in the spring of 2018.

Along with Christopher Saili, 22, a care assistant, of Clissold Crescent, Hackney, and Joshua Samuels, 33, unemployed, of Seven Sisters Road, Hackney, he was responsible for the “cuckooing” of a vulnerable man in Brighton.

The court was told that they took over the home of drug addict Paul London, 39, in Queen’s Park Road, Brighton.

The court was also told that Operation Chalkwell had been started by the Community Investigation Team in Brighton in September 2017 to identify and disrupt “county lines” operating in Brighton and Hove and to safeguard vulnerable people.

Detective Inspector Dee Wells said: “We identified the Scotty Line as supplying heroin and crack cocaine in the centre of Brighton and started to investigate it in December 2017.

“As a result of that investigation, we were able to arrest Phanor and Saili at their home addresses in London. Samuels later handed himself following a warrant at his home address.

“During the operation, Community Investigation Team officers identified Samuels as a manager for the Scotty Line, basing himself in Brighton.

“He hired vehicles and cuckooed a local vulnerable person. Phanor, based in the Camden area of London, controlled the dealing phone and directed the street runners. Saili managed the flow of drugs between London and Brighton.”

Saili and Samuels were found guilty of the same offences and were jailed for six and seven years respectively.

Judge Paul Tain said to Phanor: “You are in the rare position of getting caught, when the county lines model protects those at the top, with normally only the lower-level street runners being the ones detected.

“A mixture of excellent technological analysis and your own mistakes got you caught.”

Judge Tain went on to congratulate the police officers who had brought the three men to justice and in particular singled out Detective Constable Jon Freeman for praise.

He said that the main organiser or Mr Big (Phanor) had been successfully identified and through the thorough investigative work and careful and painstaking analysis of the vast amount of data, successfully prosecuted.

The analytical work was outstanding, he said, and truly worthy of commendation.