No fines issued to beach litterbugs 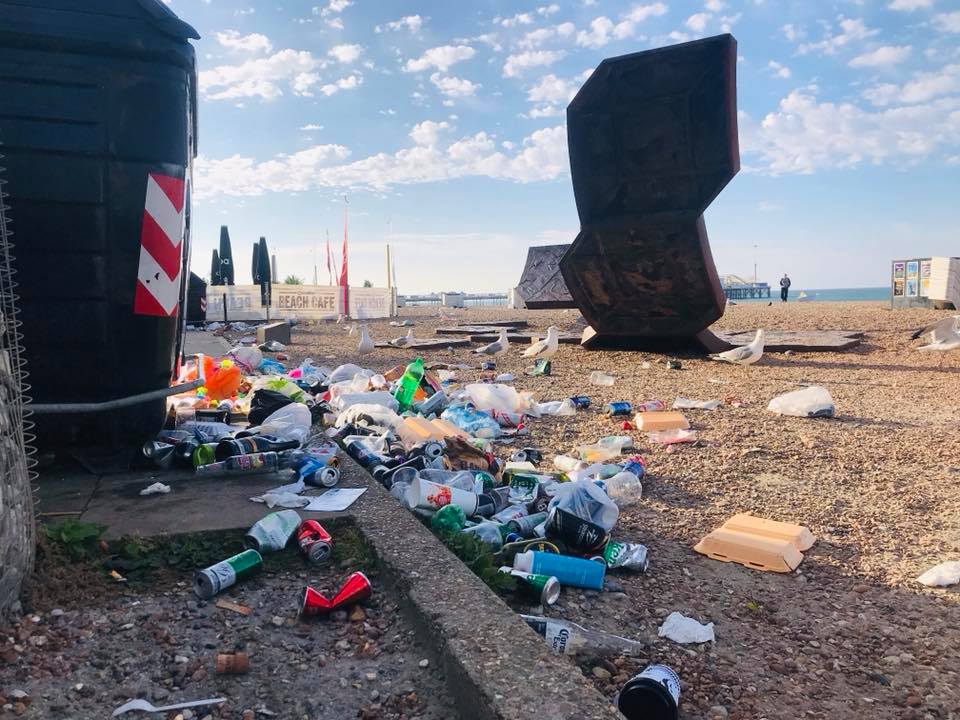 No fines were issued to the litterbugs who dumped 23 tonnes of rubbish on the beach last weekend.

The council’s new in-house environmental enforcement team started making “frequent visits” to the beach, including weekends, in May.

But on Saturday and Sunday, the hottest weekend of the year so far, they were instead told to concentrate on fly-tipping.

A council spokesman said: “Our environmental enforcement officers were assigned to important fly-tipping duties at the weekend and are following up leads to catch the offenders.

“However, our Cityclean staff were out in full force at the weekend, working on the seafront from 5am to 10pm on both Saturday and Sunday and collected 23 tonnes, equivalent to 23,000 kilograms.

“There were also some groups carrying out beach cleans which adds to helping keep to beach as litter-free as possible.

“We can all do as much as we can, but we must also continually stress that people visiting our beach must take their rubbish with them and either find a bin or take it home.

“This is the only way we’ll truly stop litter being left on our beach and finding its way into the sea.”

Councillor Lee Wares, the Conservative’s environmental spokesman, said: “”Labour talk a good game about tackling littering and argued that bringing the service in-house would improve things for the whole city.

“The reality of Labour’s plan is that littering remains a huge problem, the number of fines issued has gone down and if you are not in the city centres you don’t get any patrols.”

Yesterday, the council announced it was replacing the seafront’s 300 litter bins with new separated bins which include recycling compartments.

The compartments will be coloured Brighton Borough blue for plastic bottles and cans and Hove Borough maroon for glass. The third section will be black for ordinary rubbish.