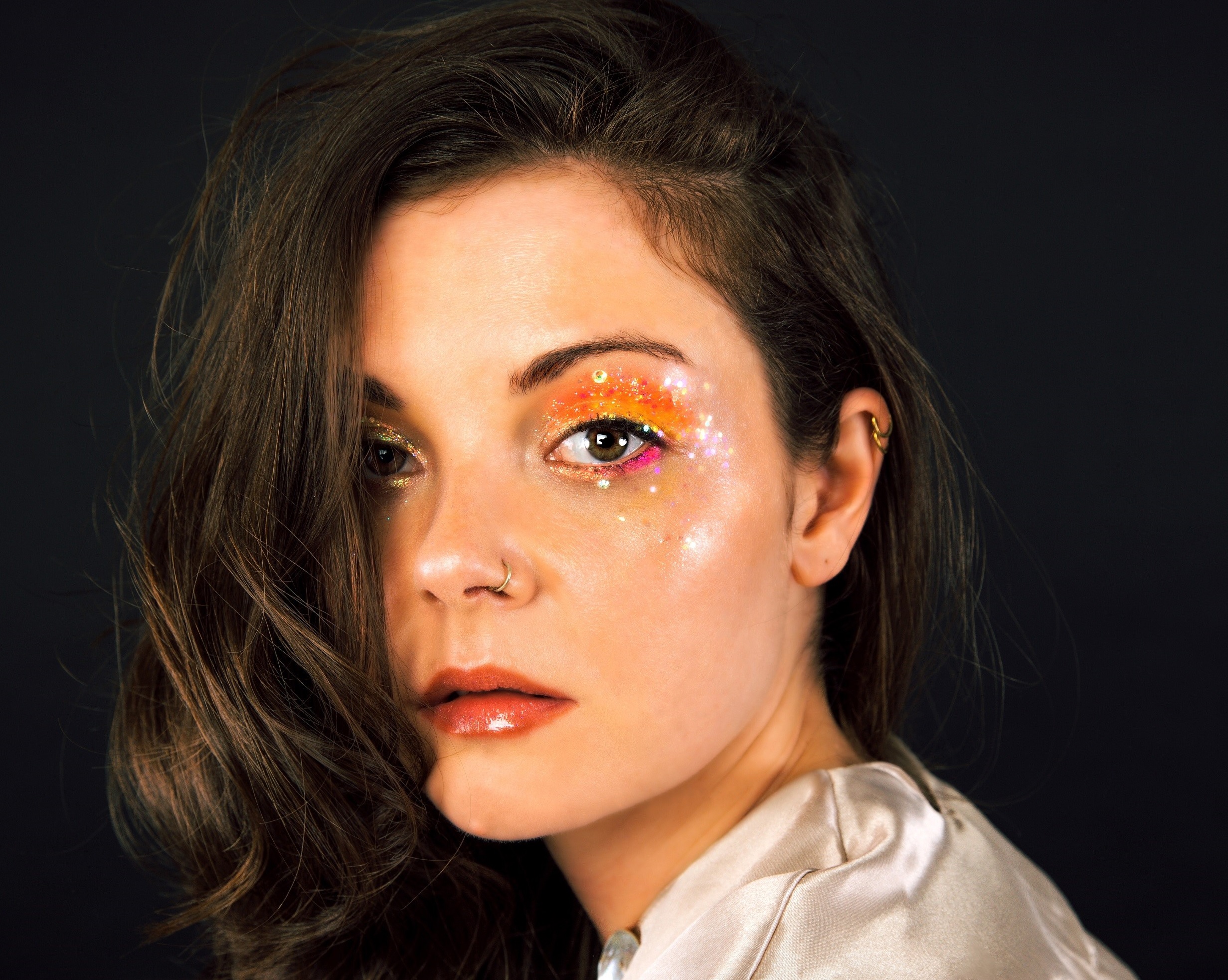 With the latest album ‘In Plain Sight’ (via Marathon Artists), Stina Tweeddale has finally admitted both to us and herself that Honeyblood is HER band. Even when the first self-titled album came out in 2014, the songs were credited to ‘Honeyblood’, it was clear that the band was Stina’s vision. This realisation hasn’t come about as a result of an attack of diva-ism on Stina’s part, it simply results from the fact that drummer Cat Myers wasn’t available when Stina wanted to commence work on this album.

Also different is the fact that live Honeyblood are now a three-piece, with a bassist being added for the first time. Live this gives the band a fuller, rounder sound without taking away any of the rawness that make them such an exciting band.

The new album – Honeyblood’s third – sees Stina Tweeddale finding her most ambitious form and steely focus yet, stepping forward to claim the project she created seven years ago as her solo vision. ‘In Plain Sight’ is now available as a download, CD and LP via www.honeyblood.co.uk.

Full of big, bold, songwriting and no longer content to be tied to one limited genre, ‘In Plain Sight’ is woven with mysterious themes of illusion and deception; Tweeddale describes the album as “one big trick”. Being hoodwinked never felt so exciting. Echoing that sentiment, for the album’s stunning artwork, Tweeddale researched optical illusionists and met Peruvian visual artist Cecilia Parades, who eventually agreed to painstakingly paint her into the ornate fabrics seen on the cover across two eight-hour sittings.

Tweeddale takes the reins in collaboration with super-producer John Congleton (Angel Olsen, St Vincent, Sharon Van Etten) for the most definitive Honeyblood LP to date – as sonically gung-ho as peak era Garbage or the modern day likes of St Vincent – consolidating the Glasgow-born band as one of the most important names in UK indie. 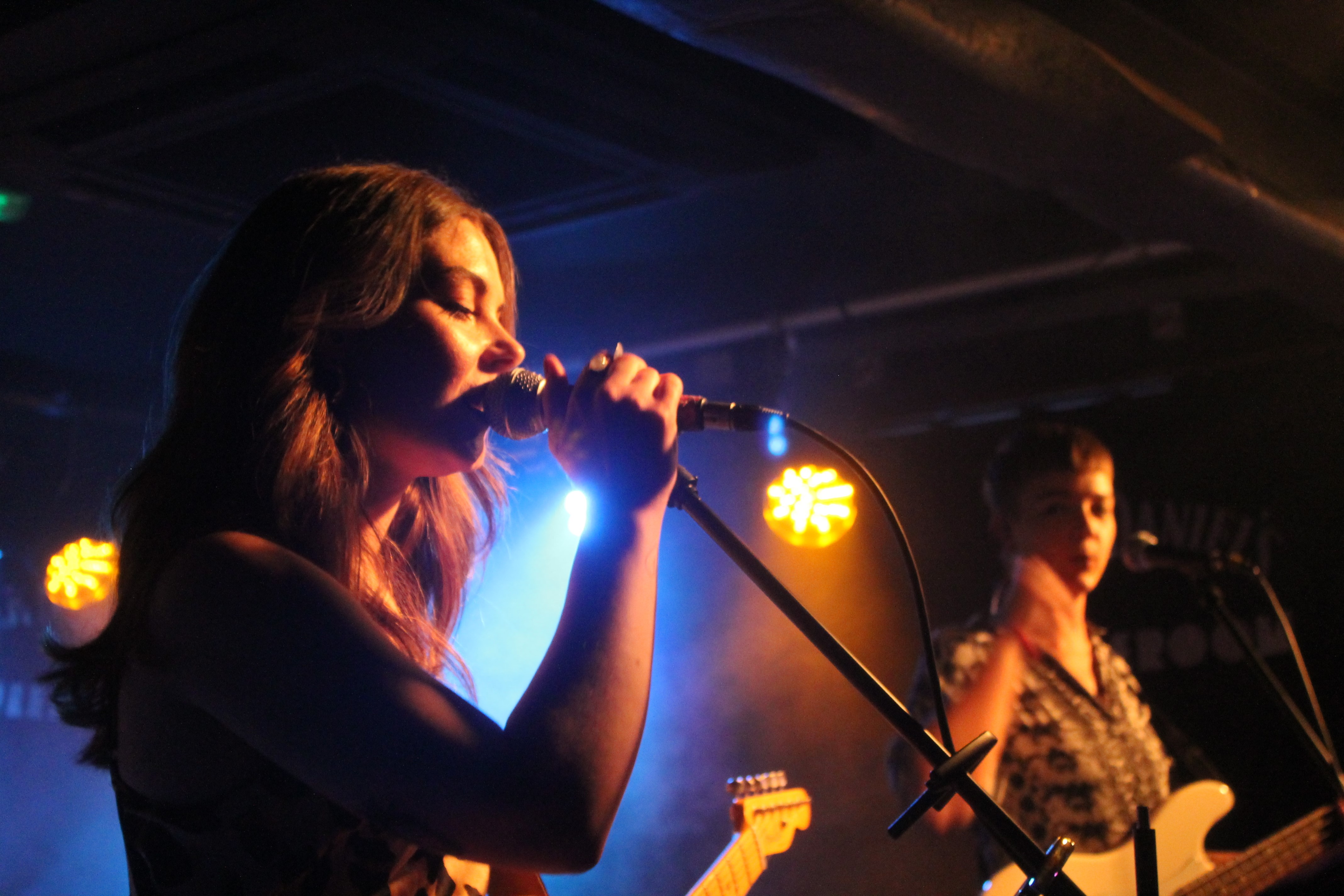 The Boileroom in Guildford is a small sweaty box which is ideal for a band like Honeyblood. There is a considerable amount of banter between Stina and the band which you wouldn’t get in a larger venue.

The set commences with a one-two of old favourites ‘Sea Hearts’ and ‘Biro’, before the first new song, ‘The Third Degree’, is given an airing. The new songs account for a third of the set. They don’t mark a radical departure from the Honeyblood ouvre in as much as they fit in well with the existing material, but there does appear to be an increased sophistication about them. The live rhythm section certainly seem to enjoy what they’re doing, giving the band a great live vibe. The sixteen song set flies past in seemingly no time at all, with Stina returning for a solo rendition of ‘Bud’ from the first album.

Honeyblood rock like muthas without losing any of their pop smarts. Even their album tracks sound like singles! If there was any justice in the world they would be playing venues far larger than Guildford Boileroom, lovely as it is.

The all-new full live Honeyblood line-up have announced a run of UK headline dates for October and November 2019, including a date at the Concorde 2 in Brighton on 30th October. Before then the band will make main stage festival appearances at both Latitude and Citadel this summer. Tickets for all shows are available HERE.

Further info on Honeyblood can be found HERE. 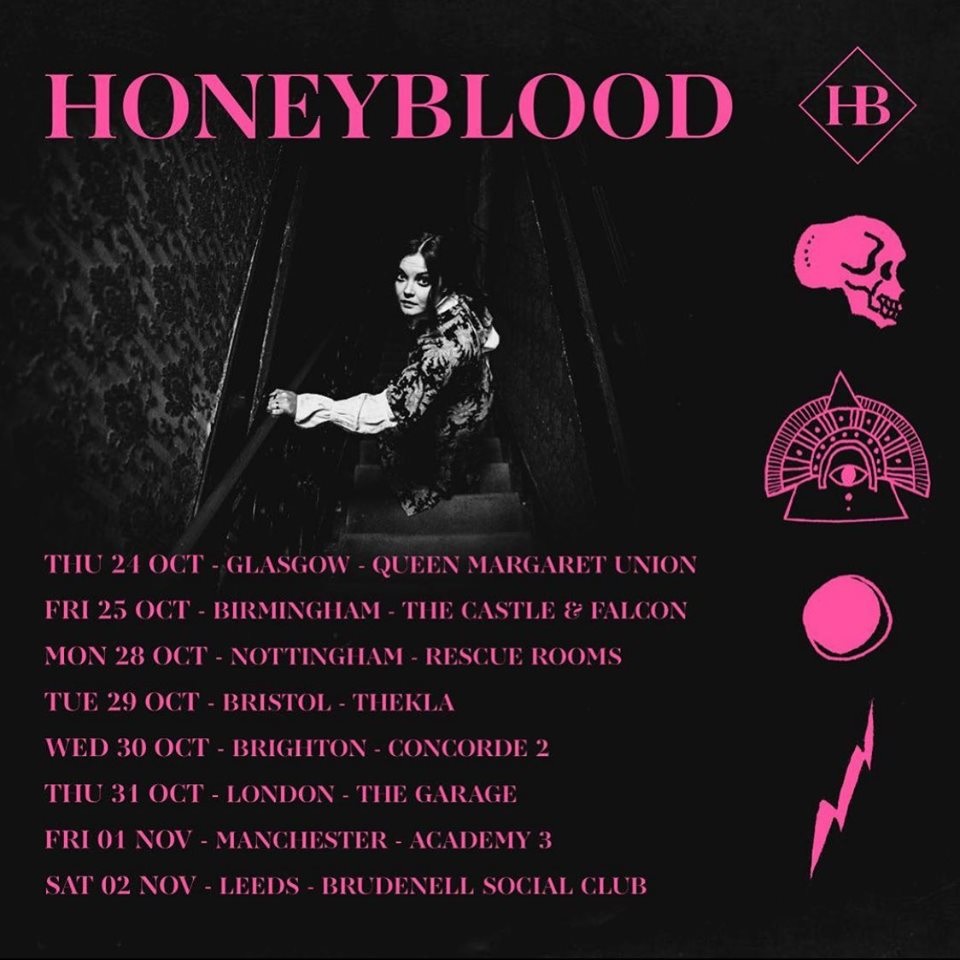