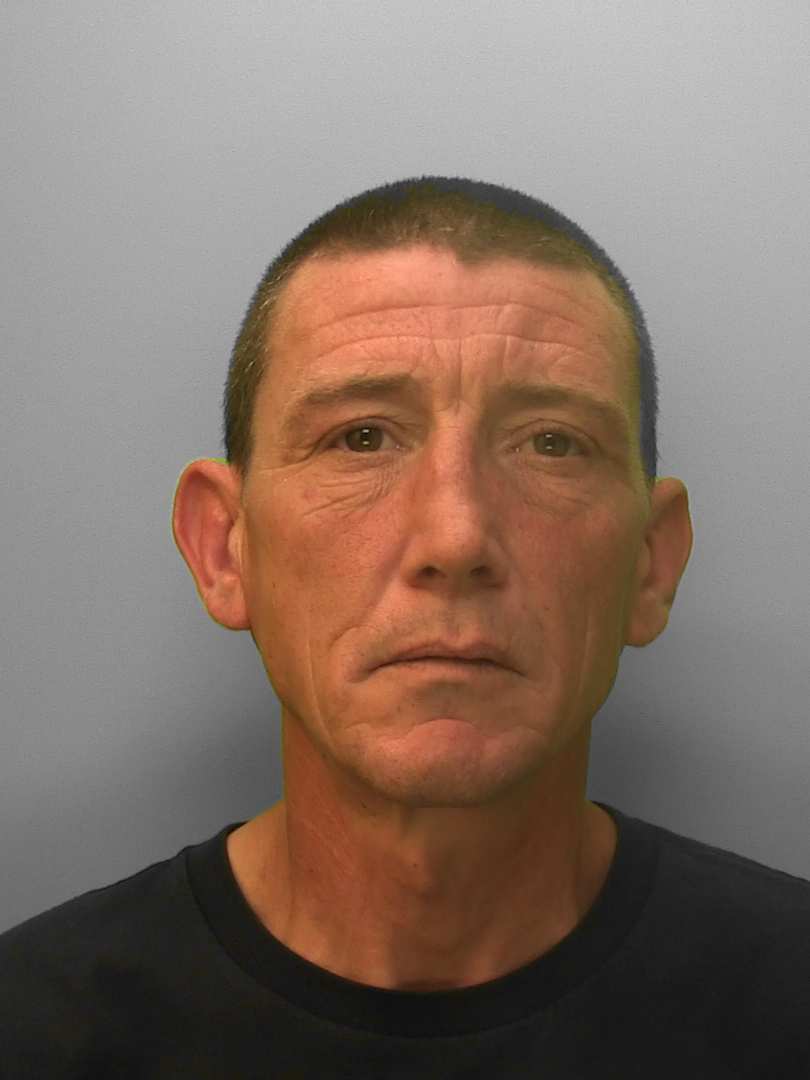 A sneak thief who stole from an elderly woman in a Brighton store has now been given a one-year prison sentence.

Jason King, 42, unemployed, of Heybourne Road, Brighton, was sentenced for the theft at Brighton Crown Court on 9 July.

Sadly the 86-year-old victim died less than two months after the theft, and carers feel that the distress it caused may have been a factor, although she did die of natural causes.

On 24 April 2018, the victim was shopping in the Aldi store in London Road Brighton. She suffered from a spine injury which meant she walked with a stoop and was particularly vulnerable.

King stalked his victim for some 10 minutes in the store before dipping into her handbag and taking her purse. She was unaware that her purse had been stolen until she got to the check out and was unable to pay for her shopping.

The video shows him dipping into her bag, getting her purse, opening it and finding it empty. He then goes back and finds her wallet with her money and cards, and takes that, putting the empty purse back. He then used her cards contactless, in nearby stores.

The theft had a devastating effect on the victim, and her carers assess that the anxiety and loss of confidence she felt as a result meant she never left home again. She died less than two months later.

Thanks to the diligence of Aldi staff, King was spotted when he came back into the store in August 2018, and he was arrested and charged.

He failed to attend court for his trial and was found guilty of theft in his absence as the video evidence was so compelling. He then appealed against the conviction which meant the victim’s daughter had to endure the ordeal of making a statement identifying her own mother from the footage.

However his appeal was dismissed on 5 July 2019 at Brighton Crown Court. Again King did not even attend court, saying he had been injured at work the previous day. The judge issued a warrant for his arrest and officers arrested him on 9 July. he appeared at court and was sentenced to 52 weeks imprisonment.

Police Investigator Paul Dixon said; “This was a very distressing case in which an elderly lady was ruthlessly taken advantage of by a despicable thief who gave no thought to the impact on his victim.

“We and her family are very glad that justice has now been done in her memory”.