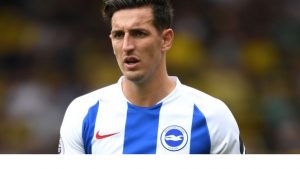 Bruno handed Dunk the armband just before the team set off for Saturday’s opening Premier League fixture against Watford.

And the latter reflected on a proud day, paying tribute to the departing skipper.

Dunk said: “It’s amazing and a great honour to be named the captain of my boyhood club in the Premier League.

“I never thought it would happen as a kid but I’m living the dream now and I’m going to do everything I can to lead by example.

“It’s a nice show of faith in me by the new head coach.

“I was captain when Bruno wasn’t playing last year. For him to come in and still believe I can lead the team is great for me and I just want to repay his trust now.

“Bruno is obviously someone I’ve known for a long time and he will be a tough act to follow.

“I’ve taken a lot from him. He’s led by example both on and off the pitch every single day in everything he was involved in. Now it’s my turn to carry that on.”