More sixth formers at Cardinal Newman have achieved top grades in their A-level exams than ever, the school said today (Thursday 15 August). 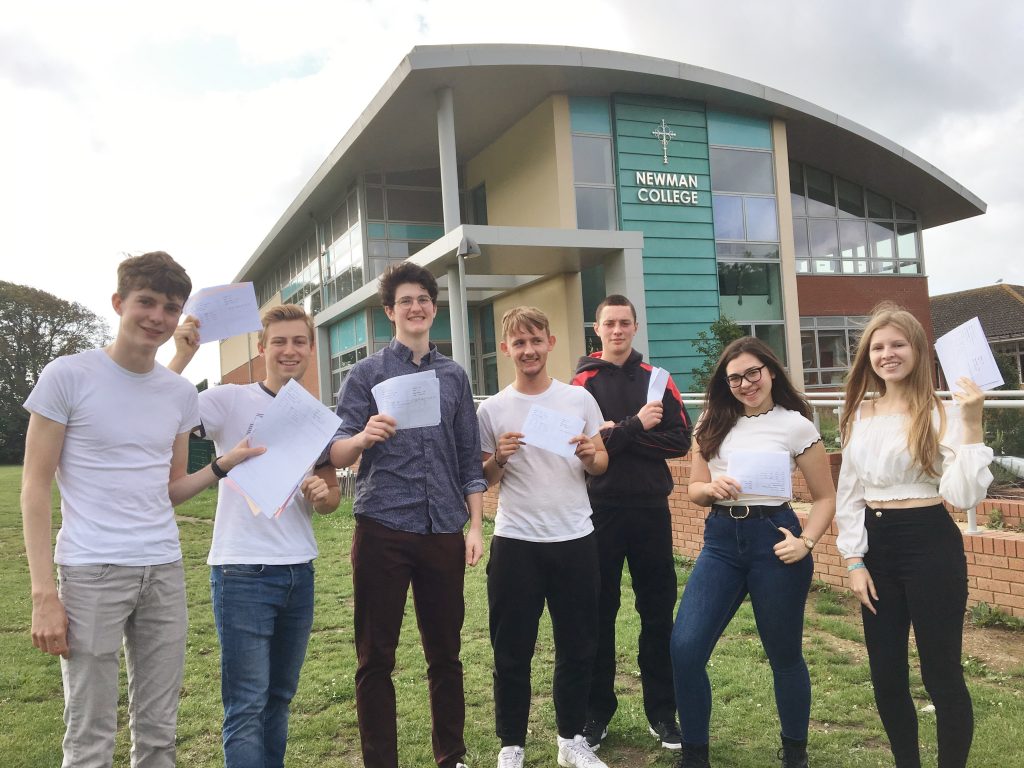 Newman College – the sixth form at Cardinal Newman Catholic School – said that 99 per cent of students passed their A levels.

Newman College said: “Particular success was seen in mathematics with the launch of the college’s Mathematics Academy where 79 per cent of students received an A* or A grade in mathematics.

“Congratulations also to Emily Whiffin who received 2 A*s and 1 A.

Newman principal James Kilmartin was delighted with the results. Dr Kilmartin said “The students are a credit to themselves, their families and the college. We are very proud of each and every one of them. 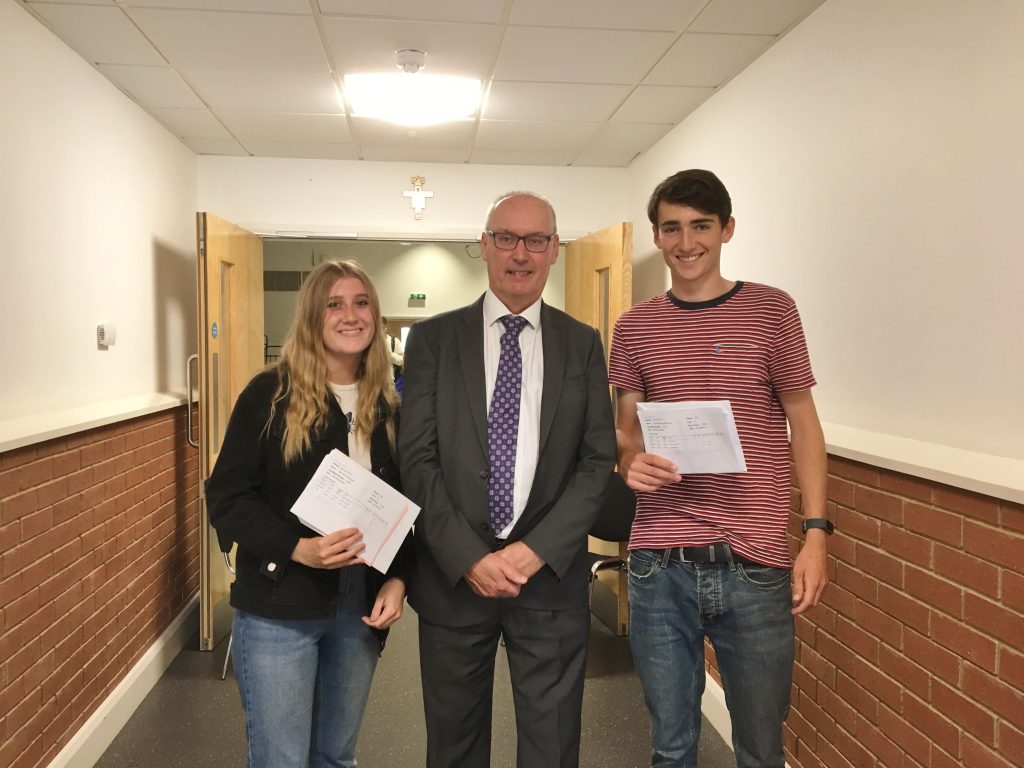 “They have worked hard to achieve these results and I know that they will want to join me in thanking their teachers for the support and advice which has made a big contribution to their success.

Head of college Paul Miller said “Newman College continues to be the top-performing state school sixth form in Brighton and Hove and we are delighted that we can give our students such a great stepping stone to their futures. Massive congratulations to everyone.”

Alfie Smith, who achieved three A* grades has won a place at Oxford University to study geography.

Newman College said: “Alfie is one of our Oxbridge students who has been supported through the application process by Newman College staff and Oxford’s ‘Step Up to Oxford’ scheme.”

He said: “I am elated and so relieved. I can’t wait to go to Oxford and will be at Worcester College.

“I hope to specialise in ecology and environmental science which are my passions.

Thank you to Mr Goldup, Ms Larkin, Ms Dickinson and Ms Cole for all of their support over the last few years. This is a dream come true.”

James Booth, who also achieved three A* grades, has also won a place at Oxford – to study mathematics.

Newman College said: “James is also one of our Oxbridge students who has been supported through the application process by Newman College staff and Oxford’s ‘Step Up to Oxford’ scheme.

“He is also in Newman College’s Mathematics Academy.”

He said: “It is amazing news. Oxford is such a prestigious place to go. I love the mathematics course there as you learn in small groups which I like as that is how the Mathematics Academy works at Newman College and I like that way of learning.

“I have been to Oxford a number of times and met with previous Newman alumni, some of whom are studying mathematics at the moment.

“It was a tough application process, with four interviews, but my teachers have been so supportive.

“Mr Harbour has been an absolute inspiration and I have loved every minute of my time here.”

Another student who earned three A* grades, Jacob Sampson, has won a place at Sussex to study medicine.

He hopes to be a doctor in the army and said: “It is my birthday tomorrow so this is the best present I could have asked for.

“I have been to the labs at Sussex a few times with Newman College and love the facilities.

“My teachers have also been really supportive with helping me do the application to get in.

“I want to be a doctor in the army as I love medicine with the added adventure and variety that comes with being in the army.”

Emily Whiffin achieved two A* grades and an A and has won a place at Southampton to study physiotherapy.

She hopes to secure an internship before studying next year and said: “This is great news. I have been talking to an organisation about doing an internship which would start soon and I am really excited about it. I will then study physiotherapy next year.

“I am a dancer so have often worked with physiotherapists and been interested in what they do.

“I love Southampton – it is the best for physiotherapy so I am really looking forward to starting my course there.”