Florin Andone has left Albion on a season-long loan to Turkish giants Galatasaray. 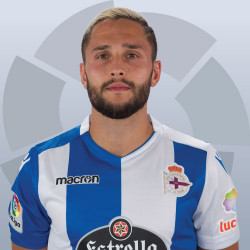 The move leaves the Seagulls seemingly content to rely on an under-23 player and one bought from Leyton Orient to provide goals and support Neal Maupay and veteran Glenn Murray in attack for the rest of the Premier League season.

The club has a January recall option as part of the loan agreement for the Romanian international.

“He also has the prospect of Champions League football.

“We wish Florin well for the season ahead, we have the option of a recall in January and we will closely monitor his progress.”

Andone, capped 26 times by Romania, is due to link up with his national squad for qualifiers against Spain and Malta this week.

He joined Albion from Deportivo La Coruna in July 2018, having made 69 appearances across two seasons and scoring 18 goals.

He also had spells with CD Castellon, Villarreal, Atletico Baleares (on loan) and Cordoba during his time in Spain.

The 26-year-old striker scored his first goals for Brighton in the back-to-back wins over Huddersfield Town and Crystal Palace in December, before scoring in the return fixture against the Terriers in March.

Meanwhile, Potter explained how the emergence of youngsters Aaron Connolly and Steven Alzate as members of his first-team squad have enabled a squad reshuffle which sees Andone and Jurgen Locadia loaned out to top-flight clubs Turkey and Germany respectively.

Potter said: “We are comfortable with our attacking options in terms of the players already here, those we’ve recruited, and on the back of the progress made by both Aaron Connolly and Steven Alzate.

“Both players have earned their opportunity and are demonstrating their capability at this level. Aaron is a good addition to our goalscoring options alongside Glenn Murray and Neal Maupay.

“Steven also provides an extra attacking option from wide positions, playing just off a striker and in midfield — alongside the likes of Leandro Trossard, Pascal Gross, Solly March, Alireza Jakhanbaksh – and Yves Bissouma and Jose Izquierdo, once they are both back to full fitness.”