Shooting is under way for High Water, a feature-length thriller that opens with the discovery of a young man, Jake, dead on the beach in Brighton.

It’s a film directed and co-written by Ewan Gorman who also wrote and directed the Beast of Bevendean in 2014, available on Amazon Prime.

The coroner rules that Jake died because of a heroin overdose but his father, Vince Sand, is not convinced. Vince is an investigative journalist who sets out to discover the truth.

As he searches for answers, Vince discovers an underworld in Brighton of homelessness and drug-taking and a mafia-like web of businessmen ruthlessly exploiting the “street people”.

Bitter rivalry divides the drug barons. Vince’s ex-wife is married to Lockwood, who owns a restaurant and knows the drug-dealers. Is Lockwood involved and if so, how?

Mr Gorman said: “High Water is about them and us. Homelessness is normalised: people in tents and sleeping bags and the imbalance of power between renters and landlords.

“Homelessness is a complicated one for lots of reasons and one of those is drugs. Addiction isn’t a choice.”

Vince has been away from Brighton for five years and he sees a change when he returns.

Real-life murders inspired Mr Gorman to write his screenplay because he believes that films must contain some truth to be authentic.

He said: “This film is based on my own experiences, the people that I know and events that have happened here in Brighton.”

For example, he said that a drug addict was murdered in Portslade because he couldn’t pay a £100 debt. A body was found in the woods of a Brighton golf course and another on Hove Seafront. People repeatedly stepped over a dead body in a squat before reporting it.

Expect a revenge element where Vince is pushed through anger and grief to do things that he wouldn’t normally do. 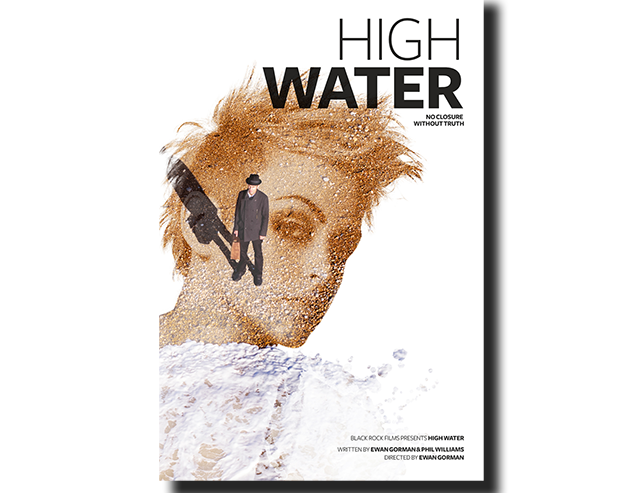 High Water’s central questions are what is the value of human life and does every life matter or do some lives matter more than others?

Mr Gorman teaches film-making at the Youth Film School and Hove College. He has set up Film Brighton, a community interest company that aims to ensure more feature films are made in Brighton and Hove.

High Water is shooting this month and looking for investors at the moment. It’s the first of five feature films to receive £10,000 production funding from Film Brighton to be shot here in the city.