BERRIES are giving us ‘Lies’ 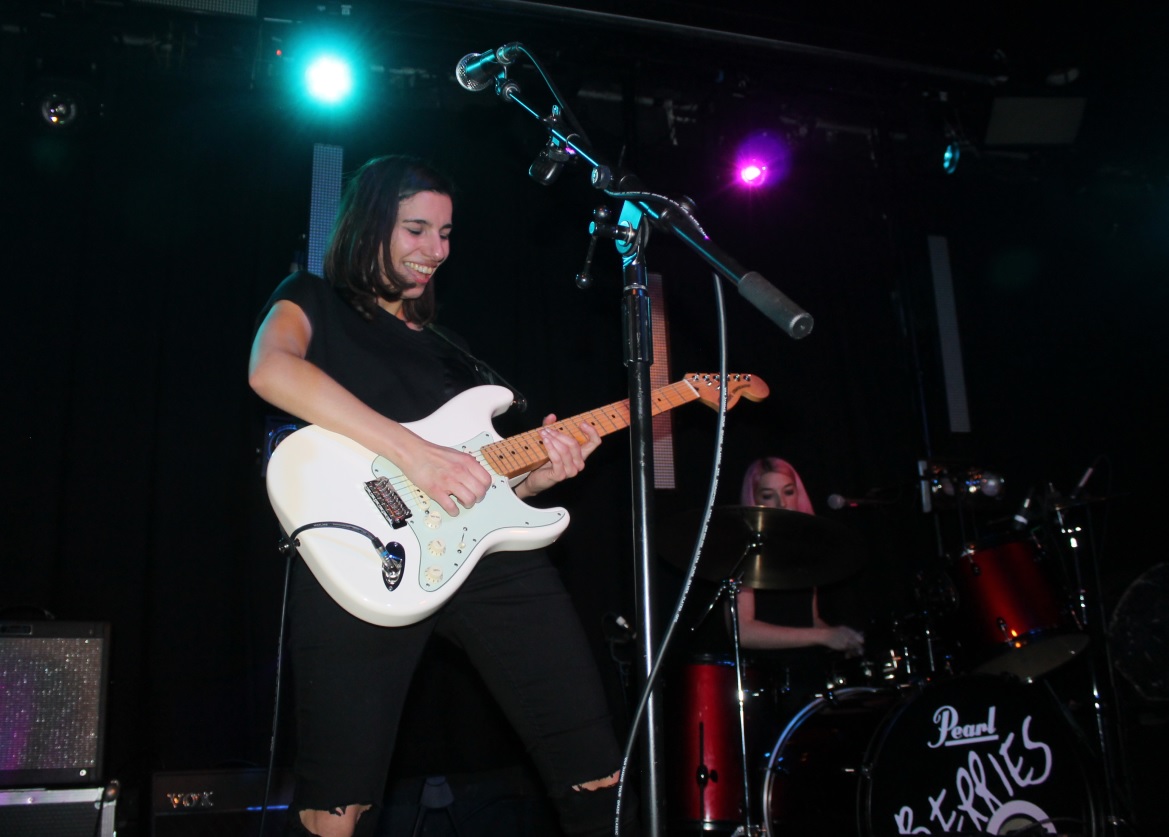 Tonight at Colours Hoxton is the launch party for BERRIES ‘Lies’ 4-track EP (which is a very fine thing incidentally) and as usual the band have put together a very impressive supporting line-up. 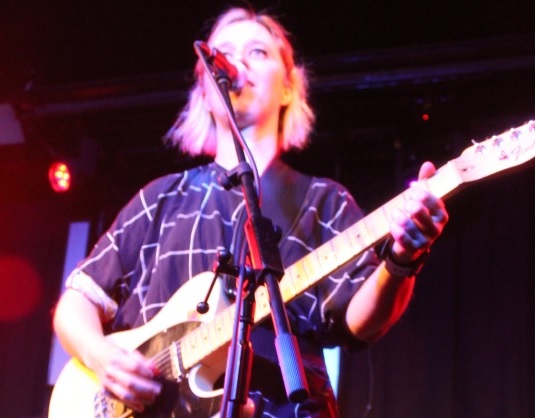 First up we have London based Chorusgirl, which is a changing line-up of friends formed around songwriter Silvi Wersing in order to bring her songwriting to the stage. Collectively they are purveyors of very assured powerpop inspired indie. Their assurance is well earned, as they already have two albums (‘Shimmer And Spin’ and ‘Chorusgirl’) under their collective belts. They play Glasgow CCA on 15th November, but have no other UK gigs listed at present.

Listen to them on Bandcamp and visit their chorusgirl.co.uk website. 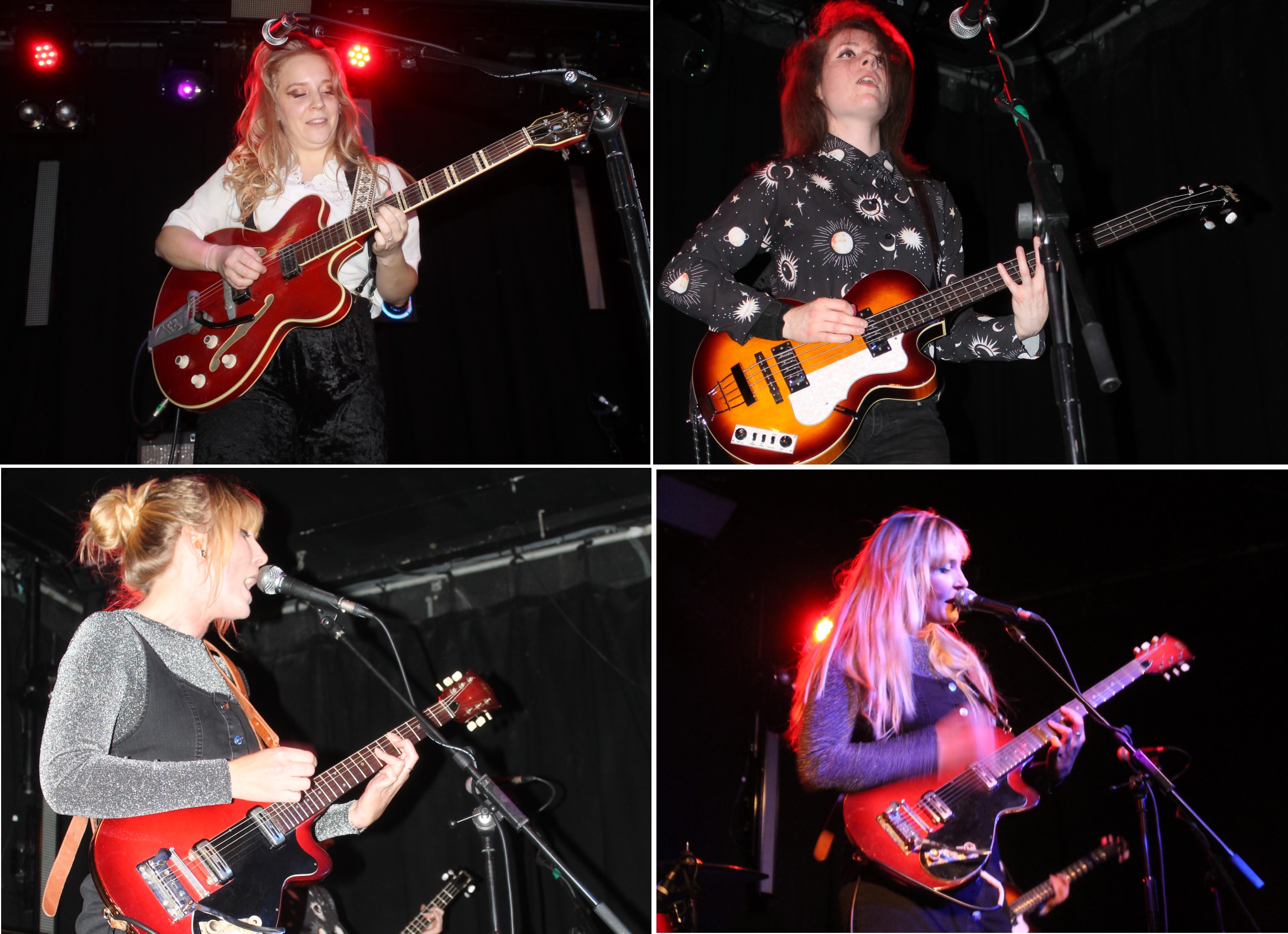 Chorusgirl are followed by The Franklys, who are something else entirely. In their ranks we have Jennifer Ahlkvist and Fanny Broberg who came across from Sweden with their guitars and teamed up in London with bassist Zoe Biggs and drummer Lexi Clark. Together they are fast and quite punky with deliciously dirty sounding guitars, instrumentally they remind me of The Stooges circa their ‘Raw Power’ album. Lead guitarist Fanny Broberg makes playing the guitar look utterly lethal. Altogether they’re a stunning live band.

Listen to them on Bandcamp and visit their www.thefranklys.com website. 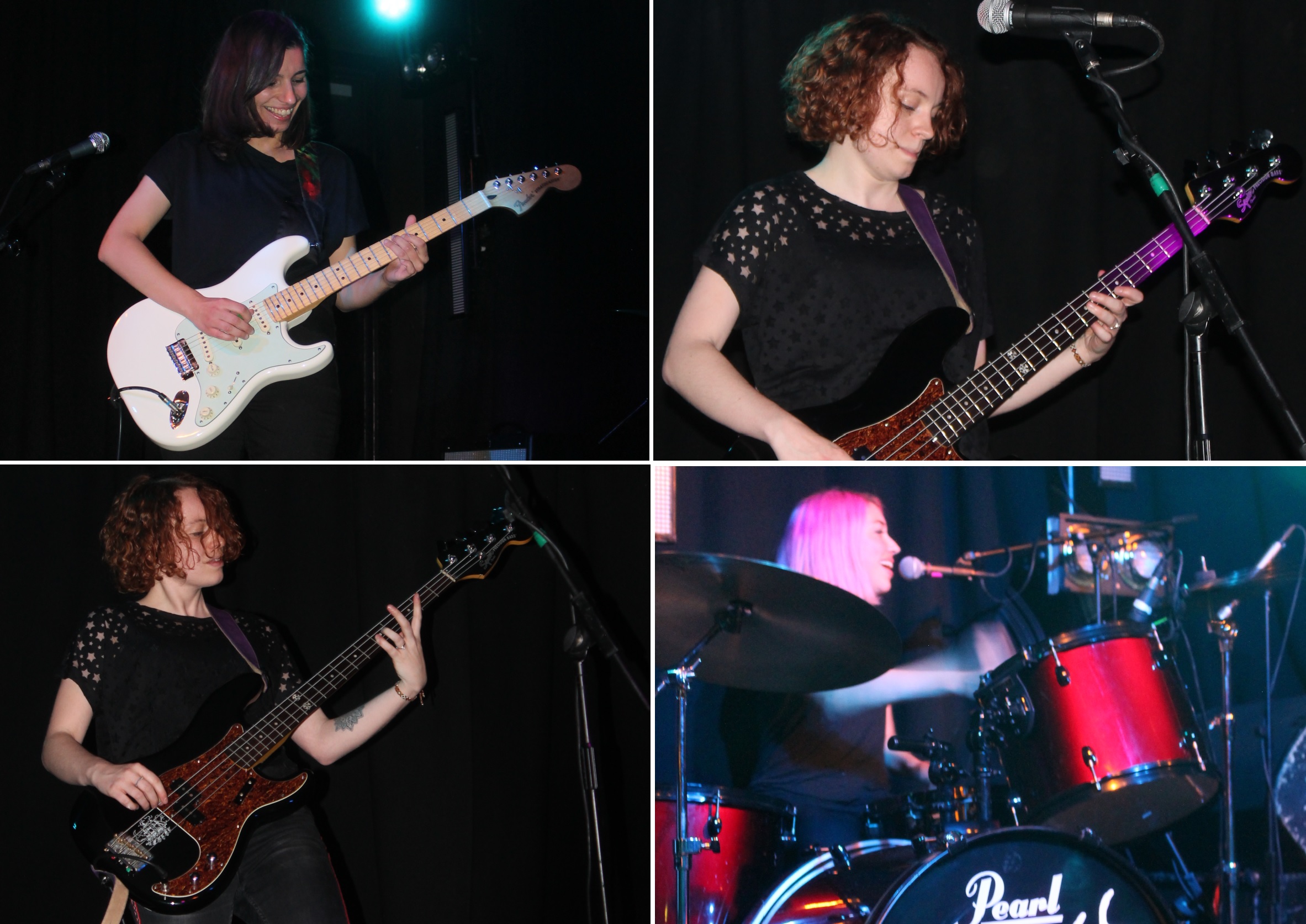 And so to the main event! BERRIES (always written in capitals) who are Holly (vocals/guitar), Lauren (bass) and French born Lucie (drums), and they have been playing together for around three years.

They open their set with an introductory jam before launching into ‘Dangerous’ from the new EP, followed by ‘Silent’ from the same source. Both are intelligent, modern rock songs. They’re followed by the past single ‘Discreetly’, which sounds every inch the hit that it should have been.

As a live band BERRIES are a classic three-piece: there’s plenty of space for interesting things to happen, and these musicians are sufficiently skilled for those things to occur. In fact, the way that they interact is almost telepathic. They make it all look so easy….. It obviously isn’t though. They played a new song which may or may not be called ‘Trace’ (there was some light-hearted dispute within the band as to what the song’s title might be) which has an impossibly funky guitar part a la John Frusciante of the Red Hot Chilli Peppers. In fact, for some time I’ve been trying to define guitarist Holly’s style, and I would say that she sounds like a cross between the aforementioned Frusciante, and Jimmy Page of Led Zeppelin circa that band’s ‘Presence’ album: complex but unfussy. 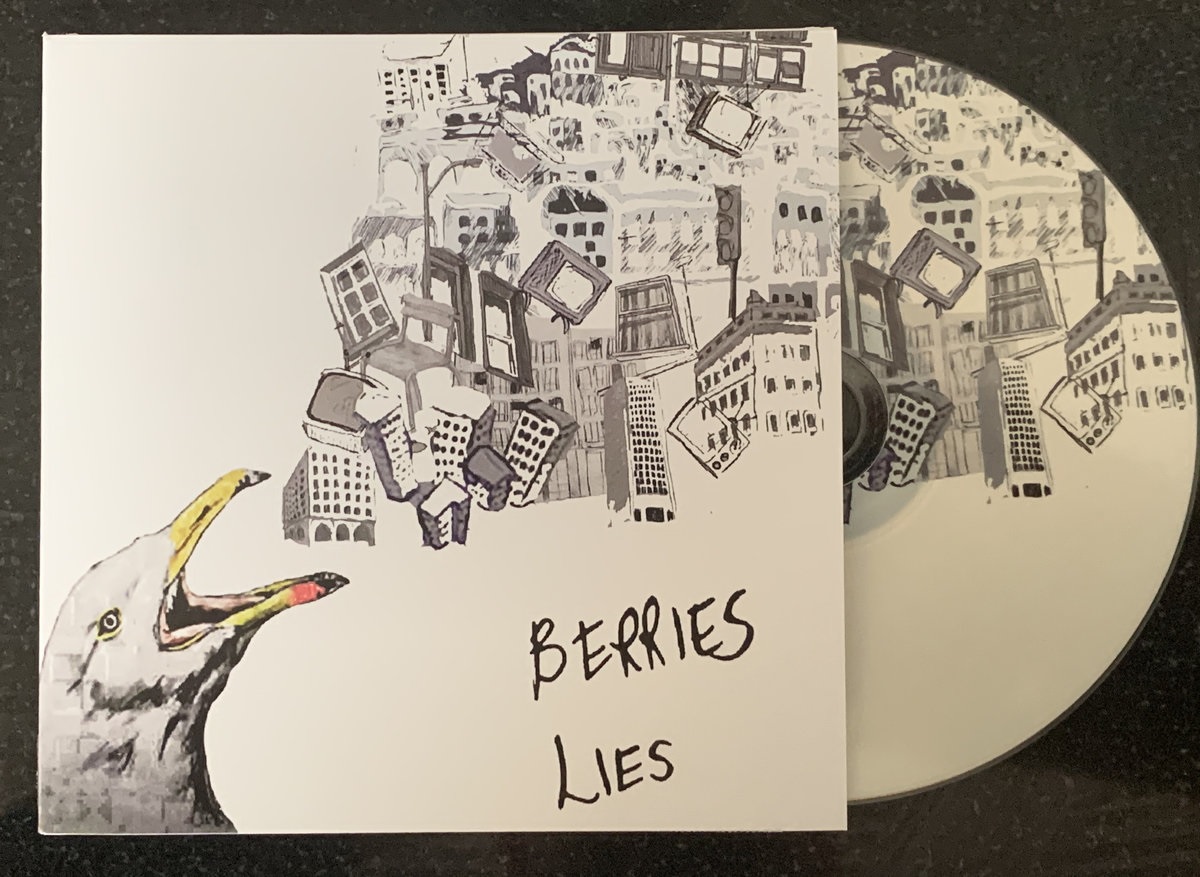 Notwithstanding the abilities of the musicians, the temptation to needlessly stretch out songs is pointedly avoided. Keeping things succinct is one of the things that makes BERRIES such an exhilarating live band. That, together with the quality of their songs, and the sheer enthusiasm and joy that they put into playing. They have fun with a capital F!!! This was a superb gig. If you have yet to see BERRIES live, do yourself a favour and rectify that situation. You won’t be disappointed.

Check out BERRIES work on Spotify and Bandcamp. 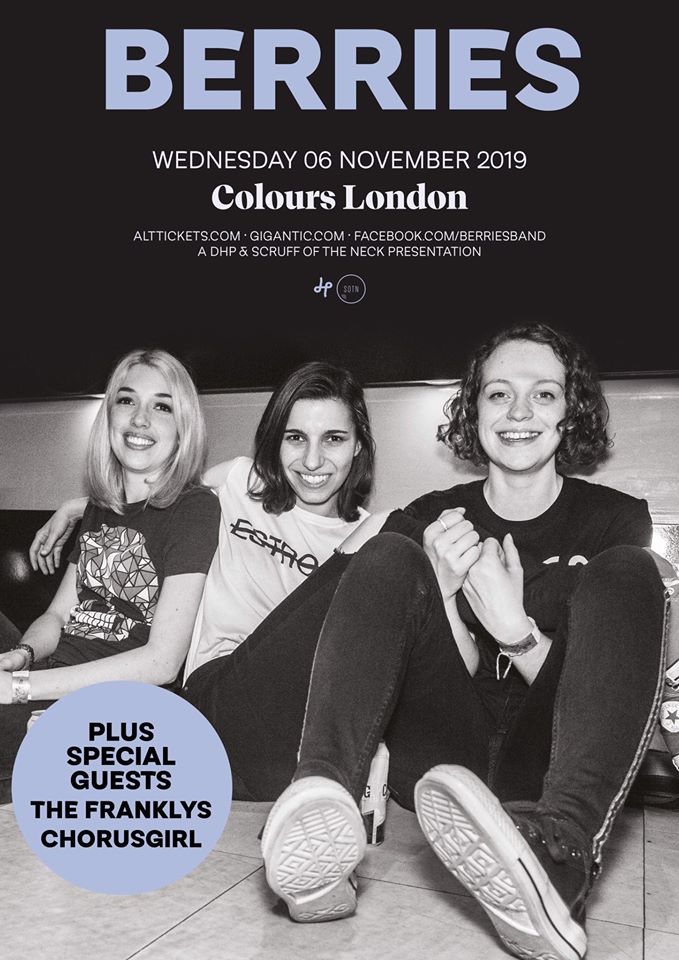