Two men have been arrested after a car was driven at speed at two other men on a pavement on Brighton seafront. 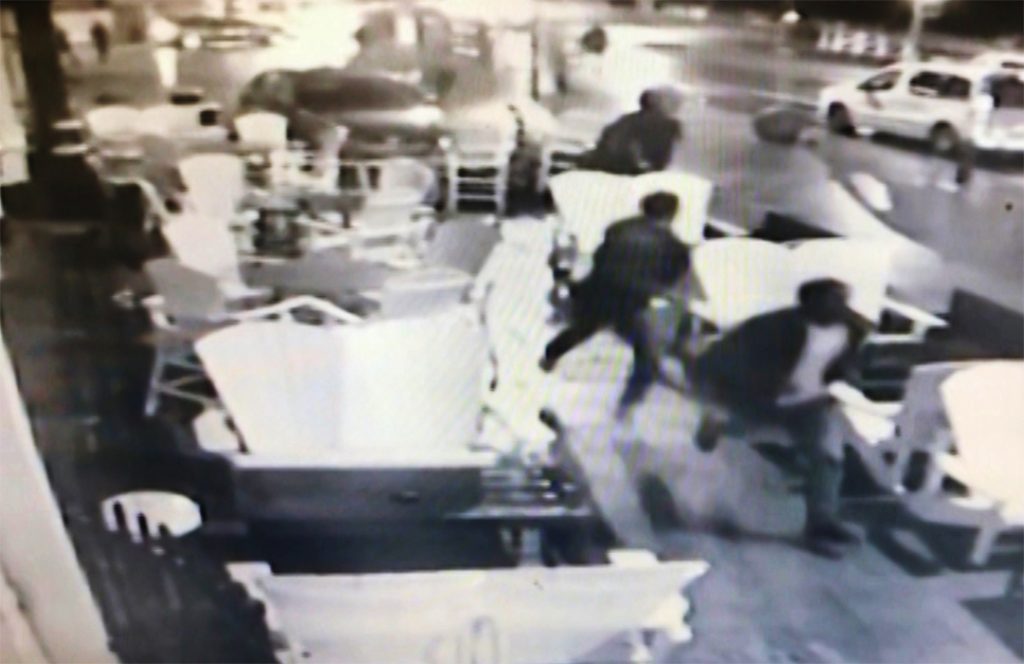 Detectives are still looking for a third person who is believed to have been in the car – and they want the two men who were targeted to come forward.

One of the men on the pavement was hit by the car early on Sunday morning in what appears to have followed a row or dispute between two groups.

Sussex Police said: “Police are investigating after a car mounted the pavement and struck a pedestrian in King’s Road, Brighton, early on Sunday (10 November).

“The incident involved a grey Honda Civic which emerged from Black Lion Street and then swerved across the pavement towards pedestrians, one of whom was hit before the vehicle hit the terrace outside the Ship Hotel.

“The car was abandoned and three men from the vehicle made off at about 5.20am.

“A 23-year-old man, from Croydon, was detained on suspicion of attempting to cause grievous bodily harm (GBH), aggravated vehicle taking, assault, drunk driving, driving without a licence and failing to stop after a road accident.

“And a man aged 26, from Sutton, Surrey, was detained on suspicion of aggravated vehicle taking.

“They have been released under investigation.”

Detective James Botting said: “We believe there has been an altercation between a group of men in King’s Road.

“Some of them have got in a parked vehicle which has then been driven at speed on to the pavement at two men, one of whom was struck but he ran off.

“Other pedestrians had to jump out of the way of the vehicle but were not hurt.

“The victim has not come forward.

“We would like to hear from anyone who saw the incident or has any information about it.”

Sussex Police added: “The incident is not being treated as terror-related.”