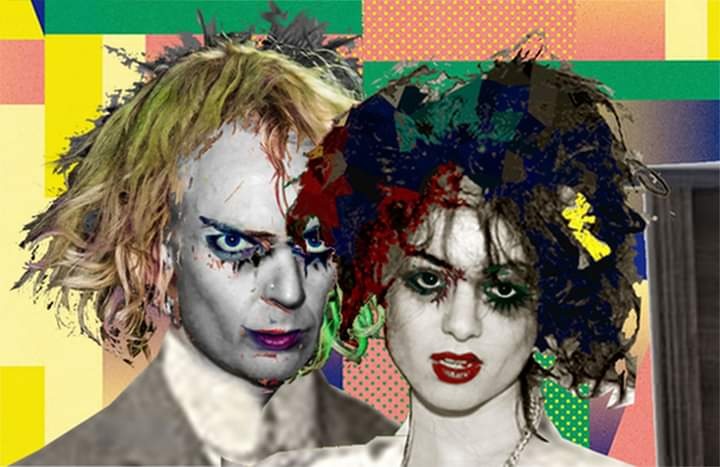 One of my old fave bands are back on the case! Out of the blue the awesome Sheep On Drugs have announced a date in Brighton on Sunday 8th March, where they will be appearing at The Prince Albert. On the night Sheep On Drugs will be ably assisted by support from Digitalis.

Last June Sheep On Drugs unleashed their brand new album entitled ‘Does Dark Matter’ and followed it in September with the ‘2LIGHT 2DARK EP’ which certainly announced that this exciting duo are certainly showing a return to form.

We at the Brighton & Hove News have previously reviewed Sheep On Drugs and Digitalis, when they performed in Worthing last summer – read our report HERE. 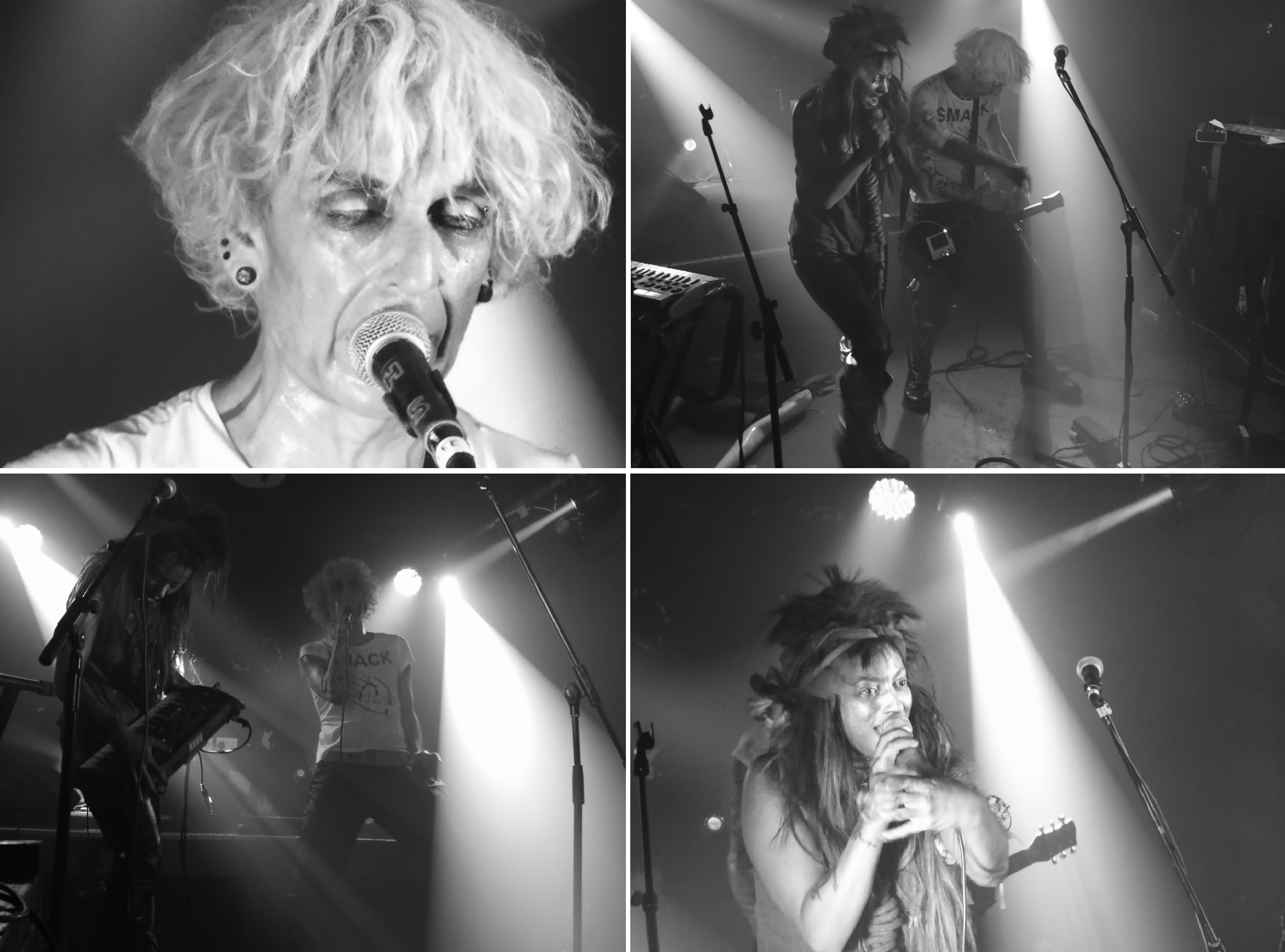 Sheep On Drugs formed in response to the so-called “Second Summer Of Love” by Duncan X and Lee Fraser, the splendidly named duo set out to simultaneously mock and revel in the excesses of pop culture. Blending a mixture of sleazy rock, hard techno and punk nihilism into their own peculiar cabaret act of a rock’n’roll band, they set out on tour with buckets of blood, syringes and a pulpit from which Duncan could rant at Punter (as they termed the audience), who lapped it up with a knowing postmodern acceptance of their own commodification.

SOD (as they are appropriately referred to) released their first single, ‘Catch 22’/’Drug Music’, in 1991. Two sides of sardonic observation of the world of work and the rave scene respectively established them as favourites on the electronic body music/industrial scene.

Keeping up an unhealthy live schedule, Sheep On Drugs perfected a live show which extended to Grand Guignol theatrics: bloody dummies suspended over the stage, blank rounds fired above the audience, and the ever-scathing Duncan acting out the dark side of club culture.

‘Motorbike’/’Mary Jane’(1992) took the sleazy disco out on the road of a Saturday night, proving that as far as anthemic nihilism went, SOD could deliver the goods. The remixes and sloganeering of the ‘TV USA’ and ‘Track X’ EP’s followed that year, leading to a deal with Island. ‘Track X’ was later covered by Grace Jones, retitled ‘SEX DRIVE’. SOD went on to release the hit single, ‘15 Minutes Of Fame’, in the spring of 1993, closely followed by the cheekily entitled debut album ‘Greatest Hits’.

With major-label backing, ‘From A to H And Back Again’ (title shortened to ‘A 2 H’ on their 1994 ‘…On Drugs’ album) was released. This entered the lower reaches of the UK Top 40 Singles Chart, proving what Duncan and Lee had known all along, that they were “pop stars” and belonged in the charts.

By December 1997, Duncan X called it a day and then moved onto his new persona as a tattooist, Lee Fraser worked on his instrumental, drum ‘n’ bass project “Bagman”, releasing the debut album ‘Wrap’ in 1998 (2004 saw the second Bagman release ‘Trax’). He also contributed extensively to the Ogre (Skinny Puppy)/Martin Atkins collaboration “Rx”. Lee then spent a couple of years apparently remixing other bands (Sweet, AC/DC, and Bob Marley, to name a few of the known artists).

In 2002 Lee was offered some gigs as Sheep On Drugs which he really wanted to do. After getting the expected refusal from Duncan to be involved, Lee tried various line-ups, none of which worked to his satisfaction. Just as Lee was about to give up hope on finding a partner in crime, he met Johnny Borden. As a performance artist and singer/pianist in her own right, Johnny fitted right in with SOD’s twisted ethics and soon the two were performing together. 2006 saw the release of a compilation album consisting of rare and unreleased SOD mixes (old and new). ‘Best Of A Bad Bunch’ was released by Underground Inc.

Johnny started singing more and being more of front person. Lee started making and playing new musical instruments and concentrating on the band’s sound (his preferred role). This new line-up was toured supporting KMFDM in the UK. It went down a storm.

Purchase your tickets for their Brighton concert HERE. 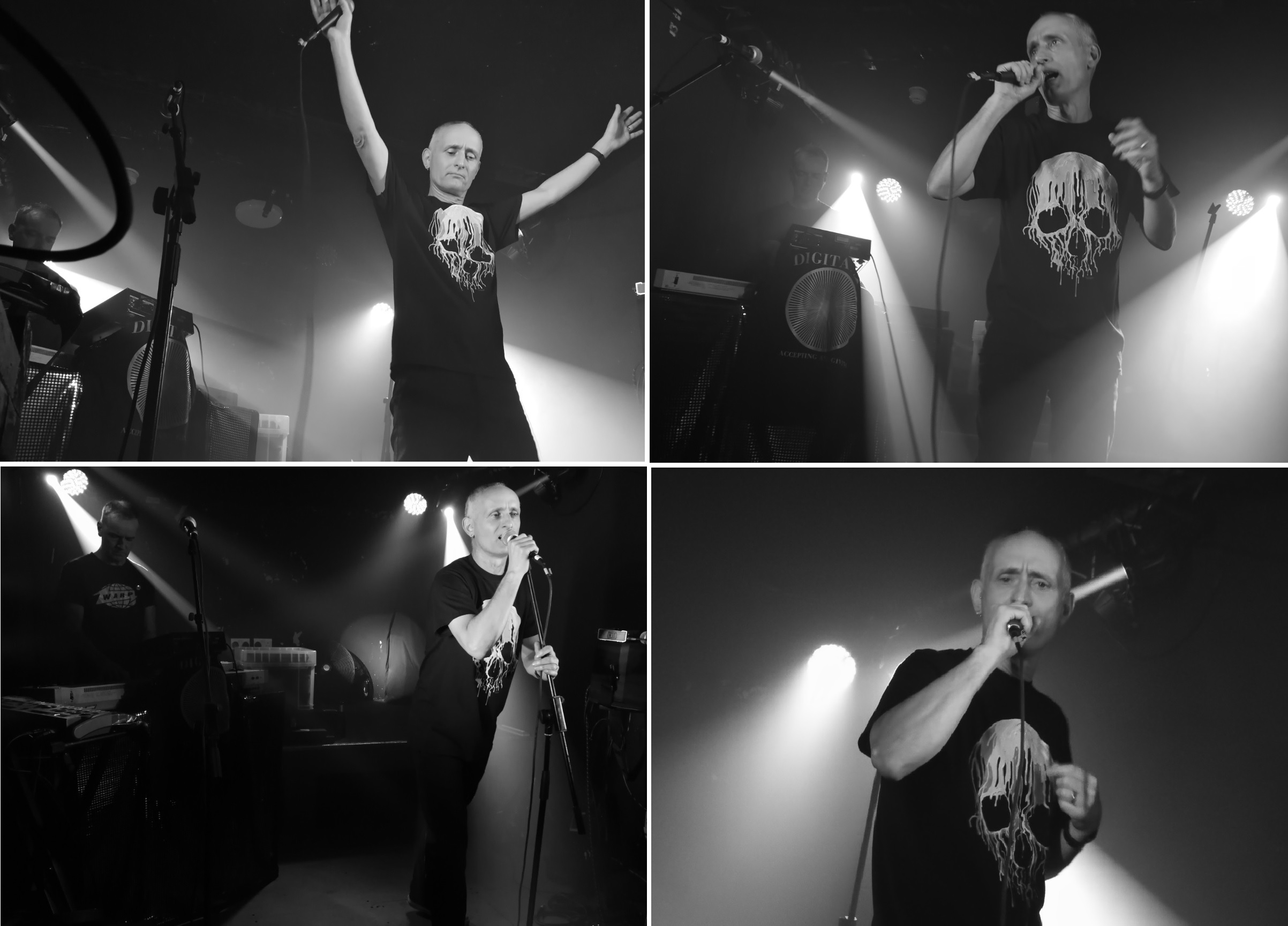 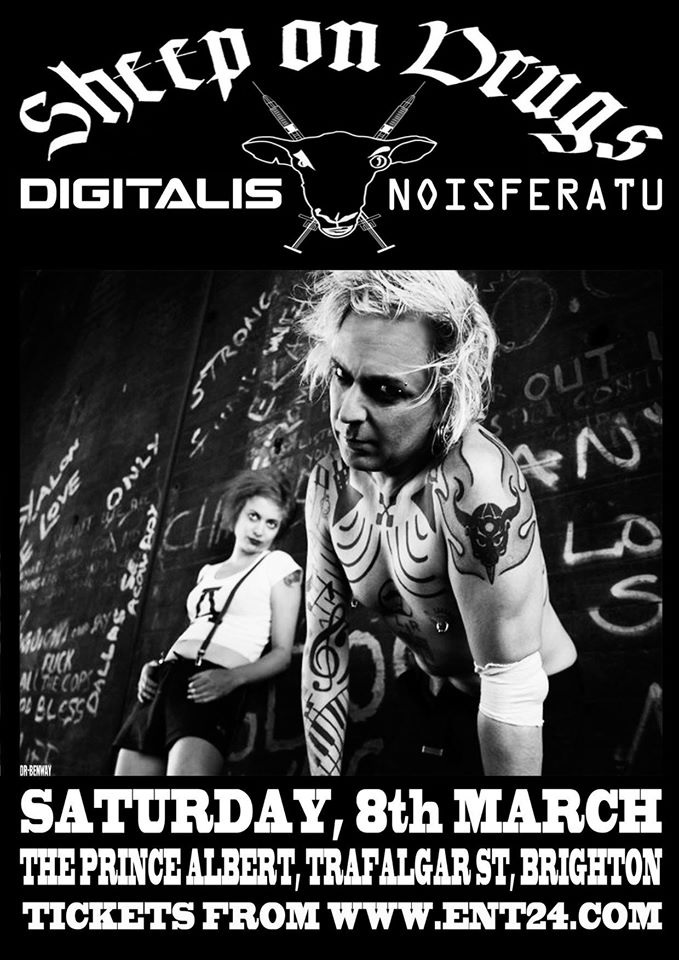