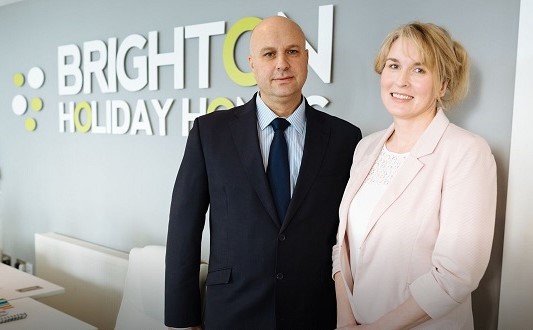 The couple behind a party house company which suddenly went into administration last year have been successfully sued for bankruptcy by a private school.

Neil and Michelle Stonehill were the director and company secretary of Brighton Holiday Homes, which suddenly closed in May, leaving scores of holidaymakers and landlords out of pocket.

At the time, Neil Stonehill had borrowed £1 million and in August, administrators Quantuma said that they would be pursuing him for these funds and petition for his personal bankruptcy.

An administrators’ update report published this week said that both Neil and Michelle Stonehill had been declared bankrupt after petitions by a “third party”.

The London Gazette said that the petitioner in both their cases was Newells School Trust, which runs Handcross Park School, a prep school which is part of the Brighton College family of schools.

Both Handcross Park School and Brighton College were approached for comment but had not responded at the time of publication.

The report, written by Paul Zalkin and Maxine Reid from Quantuma, said: “Creditors will recall from the joint administrators’ proposals that an overdrawn director’s loan account was identified in the sum of £1,024,281.

“The joint administrators served the director with a statutory demand in July 2019 and the director was made bankrupt on 17 September 2019 following the issuing of a bankruptcy petition by a third-party creditor.

“The joint administrators have received the initial report on the director’s bankruptcy in October 2019 and the value of his personal assets is currently uncertain.

“The director jointly owns several properties with his wife (who was also made bankrupt on 17 September 2019). However, the equity position is unclear.

“The claim in respect of the overdrawn DLA is the largest claim in the director’s bankruptcy estate.”

The addresses listed in the London Gazette for both the Stonehills, who have a 12-year-old daughter and a 14-year-old son, suggest that they have now moved from Chesham Street in Kemp Town to Pembrokeshire in Wales.

The bankruptcy hearing was held at Haverfordwest County Court.

The update report said that when Brighton Holiday Homes went bust, it had just £1,467.80 in the bank.

Employees are owed £5,000 in salary arrears and holiday pay.