A new seafront fish and chip shop faces opposition to its plan to be able to sell alcoholic drinks.

Manpreet Sandhu submitted a licence application to Brighton and Hove City Council for Captains, on the Lower Promenade, in Madeira Drive, Brighton.

The application is for alcohol sales from 11am until 1am daily at the new chippie.

In the application Manpreet Sandhu said that more than £300,000 had been spent on the restaurant, including £85,000 on a new commercial frying range, as the previous owner had let the property “deteriorate significantly”.

The restaurant was left empty when Azure, owned by Max Mazurenko, closed after mouse droppings were found and then its alcohol licence was revoked after the conditions were breached.

Customers were being served free cups of cold pasta, rather than “substantial” food, with alcoholic drinks.

Sussex Police and the council licensing department have objected to the application.

The council’s policy is to refuse new “alcohol-led” businesses in the city centre, such as bars, pubs and clubs, unless the applicant can show exceptional circumstances.

But new restaurants and cafés or other businesses which are not “alcohol-led” are more likely to be granted a licence although they may still face opposition.

The application said: “We are very aware that alcohol can have a negative impact on one’s health. However, we will ensure that we will only promote responsible drinking and never have any special alcoholic offers.

“Furthermore we believe the vast majority of the public will benefit from our sea-view location and can enjoy their evening with a cocktail or dry wine.”

Inspector Rob Lovell, from Sussex Police, said that although the business could be styled as a café, the proposed hours were far later.

He was concerned that the application did not limit alcohol sales to food purchases. 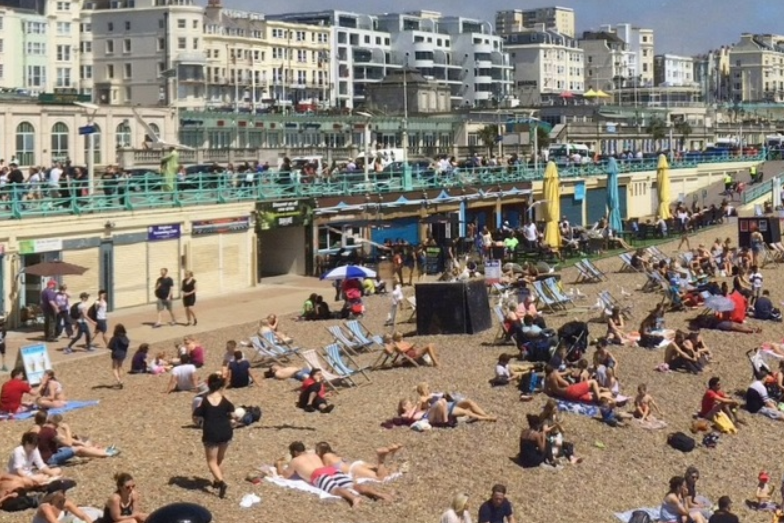 Inspector Lovell said: “The applicant is asking for hours until 1am for the majority of the licensable activity.

“Therefore the applicant is essentially opening a new bar … where alcohol will not have to be ancillary to any food or served by waiter/waitress service.

“There are no conditions offered to limit vertical drinking and there will be live music indoors and outdoors until midnight and recorded music inside until 1am.”

Inspector Lovell was not satisfied with the conditions offered in the application as there was too little detail.

Council licensing officer Sarah Cornell said that the business was in Queen’s Park ward which was the third worst in Brighton and Hove for violence against the person, sexual offences and police-recorded alcohol-related incidents.

The application is due to be heard by a council licensing panel sitting at Hove Town Hall at 10am on Monday (27 January).