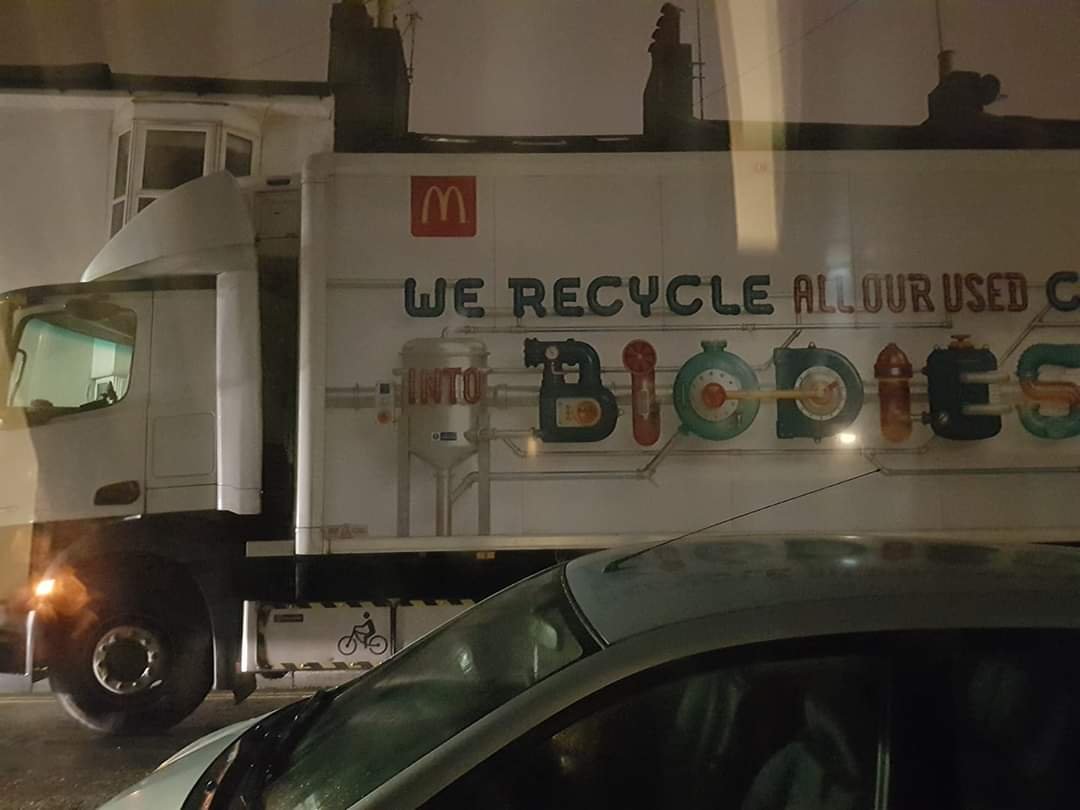 The council says a lorry which crashed into a house on a narrow Hanover street was ignoring diversion signs.

The McDonald’s lorry was one of several large vehicles which found themselves negotiating the warren of Hanover streets on Tuesday night, when the A23 was closed at St Peter’s Church for resurfacing work.

Although there were diversion signs just a few yards from the house on the corner of Belgrave Street and Southover Street that was hit, the council says this was a route intended for residents. 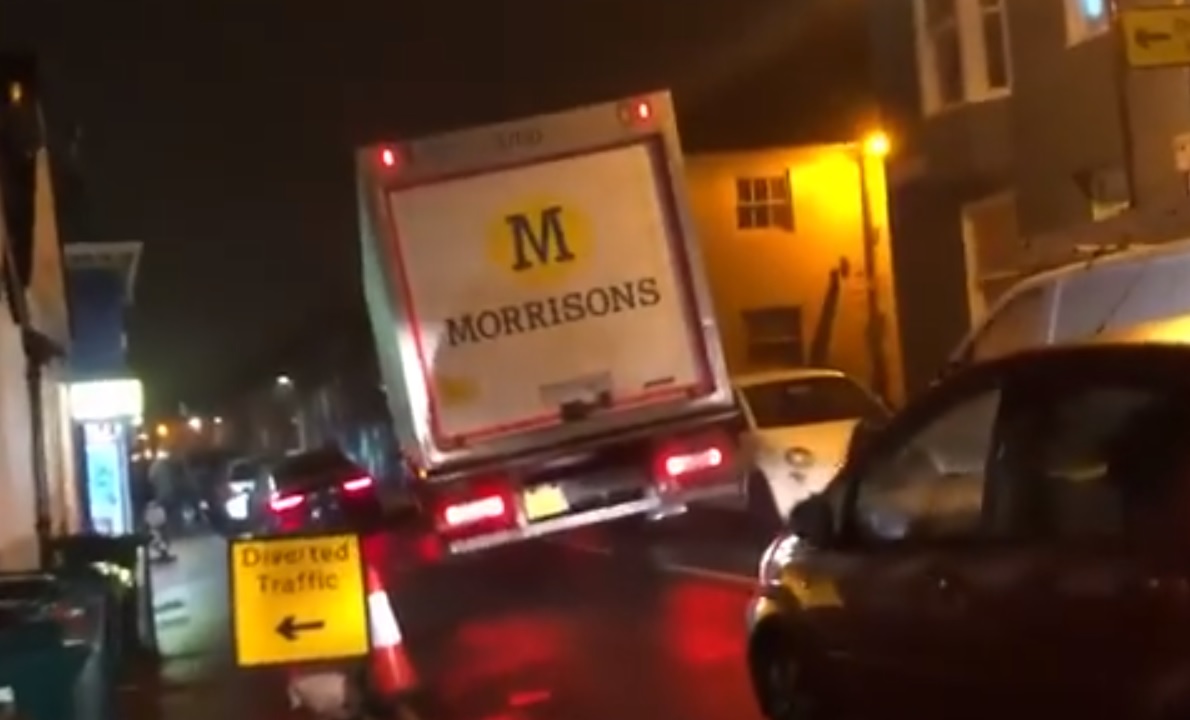 Another lorry negotiating Belgrave Street next to a diversion sign

Large vehicles were meant to go along the west side of the A23. Some motorists have said the signage has been consistently confusing during diversions, but the council said the signs were clear and drivers were ignoring them.

A council spokeswoman said: “We are very sorry to hear of this unfortunate incident.

“The signed diversion for northbound A23 traffic was to the west side of Valley Gardens via Marlborough Place, York Place and London Road. Kingswood Street, Morley Street and Richmond Parade were kept open for resident access only.

“When we became aware that large vehicles were ignoring the clearly signed diversions and were driving on the incorrect side of the road to circumvent the signage blocking their routes, we placed additional traffic management stewards at the diversion points in an effort to prevent larger vehicles ignoring the diversion and continuing northwards.

“The surfacing for Richmond Place was completed last night. The area to be resurfaced next is further south in Valley Gardens, therefore the diversion route will not be the same.

“We attended the scene following the accident and our surveyors worked with East Sussex Fire & Rescue Service to make sure the building and surrounding area was safe. The housing association have put measures in place to ensure no masonry or tiling can fall onto the pavement below.

“The residents were placed in temporary accommodation overnight and the building is now considered safe for them to move back in.”

Hanover and Elm Grove councillor Elaine Hills said she and her fellow councillors had really struggled to get answers following Tuesday night’s crash.

She said: “I emailed and called a number of officers and it took until 2.50pm on Wednesday before we received the official-sounding reply.

“The officer said there was clear signage pointed northbound traffic to the west of Valley Gardens via Marlborough Place, York Place and London Rd (not everyone saw this seemingly!) and that Kingswood St, Morley St and Richmond Parade were open just for resident access too.

“I’m not sure whether signs said that. There was signage in Hanover, although perhaps they might argue it was for residents only.

“But thankfully, we got the answer we hoped for, that traffic was being rerouted around Hanover, and the roads were fine and juggernauts-free on Wednesday night.”