Sussex Police opposed a theatre company’s application for a premises licence because of the effect that they said a hundred or so more people would have on the streets late at night.

The force was concerned about increases in crime, including theft, and anti-social behaviour on Brighton seafront.

The licence application was submitted to Brighton and Hove City Council by Otherplace Productions, which started the Warren, a key Brighton Fringe venue.

Otherplace applied for a six-month licence for a venue to be known as the Electric Arcade, by the Brighton Zip zipwire, in Madeira Drive.

Otherpace’s design and production director Joshua Carr said that the idea was to have two studios, which could be combined to form a bigger cabaret space, and a bar.

But Sussex Police licensing officer Hannah Staplehurst told a “virtual” council licensing panel hearing that the main issue was the impact that the proposed venue would have on policing the night-time economy.

The site was in Queen’s Park, which had the worst record in Brighton and Hove for alcohol-related admissions to the Royal Sussex County Hospital A&E (accident and emergency) department.

Queen’s Park also had the third-worst record out of 21 electoral wards for violent crime.

The proposed venue would also be in a central area which the council had designated a “cumulative impact zone” (CIZ). Official policy restricted the granting of new drinks licences to premises and operators in the zone.

Ms Staplehurst said that if a licence were to be granted, the police would want alcohol sales restricted to people with a ticket for a show at the venue.

But Mr Carr said that Otherplace wanted to be able to encourage people to come into the venue with friends who then bought their tickets.

This method worked at the Warren, Mr Carr said, with people going along and talking to the acts as they handed out flyers for their shows.

The licensing panel was told that last year the Warren sold advance 8,000 tickets but during the month-long Fringe it had sold 50,000 tickets in total.

Mr Carr said that the Warren held 2,500 people and had operated in the cumulative impact zone for eight years without any police incidents.

He said: “The difference with this and the Theatre Royal and interval drinks are the fringe theatre community.

“We encourage people to come and experience art that they might not have done before.” 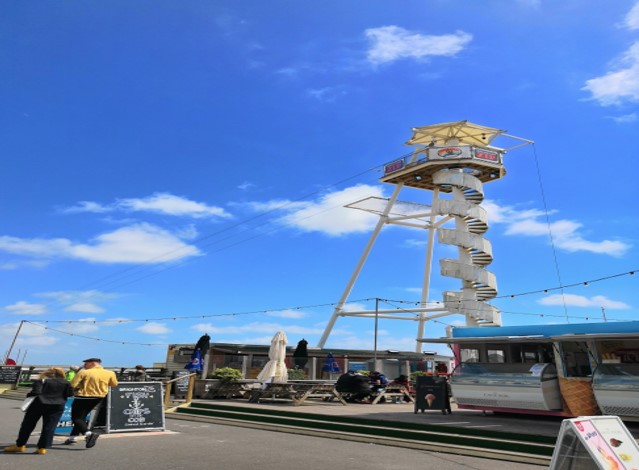 He said that the Soho Theatre in London followed the same model, with an open space encouraging people to come to the theatre.

Otherplace wanted the Electric Arcade to close shortly after midnight but Mr Carr said that he could be flexible about the closing time if the panel were to insist.

The company also said that it could limit entry to ticket holders after 10pm but it was reluctant to restrict the sale of alcohol only to people with tickets.

He said: “I would hesitate to make that judgment. I don’t think we’d add to the stress of the town centre that way. We won’t be discharging a lot of drunk people into dangerous areas.”

Councillor O’Quinn said: “It is a fact that it is not a safe environment. The whole point of the CIZ is not what kind of people are going into it, whether they’re lovely theatre-goers or going to clubs. It’s the numbers.

“If you increase the numbers of people in this area you get more crime.

“A lot of people use this argument, ‘oh, our people don’t do that.’ But they can become victims.”