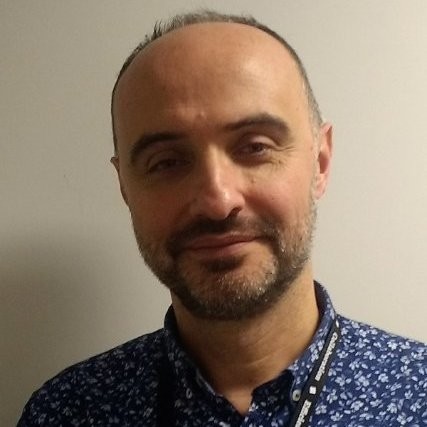 The city’s director of public health has said he has serious concerns over an app which claims the rate of coronavirus infections is rocketing in Brighton and Hove.

The Deckzero website compiles regional new confirmed cases and uses them to calculate the R number – an estimate of how many people each infected person passes the virus on to – in each area.

But Alistair Hill, director of public health for Brighton and Hove City Council, says the numbers of new infections in Brighton is so low that it’s impossible to calculate an accurate R number.

Last week, the app calculated the R number for Brighton and Hove was 1.68, the fourth highest figures in the country – but this was based on a rise of confirmed cases of just eight, from 10 to 18.

And tests – and therefore confirmed cases – will also ramp up when the test and trace system begins in earnest.

Mr Hill said: “We have very serious concerns about the deckzero.com website’s information about the R number.

“Quite simply, the alleged statistics they are using are misleading and potentially dangerous in terms of giving either false reassurance or creating unnecessary concerns.

“Calculating the R rate is very complex. It involves data from lots of different sources.

“The calculations include information relating to such things as confirmed cases, hospital admissions, deaths, patient surveys and testing.

“When these are all put together and interpreted by experts they give regional and national R numbers.

“Robust calculations of the R number come from Public Health England and the University of Cambridge and also from the London School of Hygiene and Tropical Medicine.

“It is not possible to calculate meaningful R values at a very local level, such as one specific for Brighton and Hove.

“This is because some of the data involves such low figures that even a small change in them can, in statistical terms, make a disproportionately big relative difference.

“Locally we are reviewing early warning indicators on a daily basis. They include:

“To date, the rate of diagnosed cases has been relatively low compared to the national picture. The number of 111 and 999 calls and hospital admissions for Covid all currently remain low.

“However, there has been a small increase recently in the number of cases. We and our NHS colleagues are monitoring this situation very closely.

“We also know that data on tests at commercial laboratories, so for example those being tested at the Amex site, are not within the data made available and once this is included we will see an increase in cases due to more people being tested.

“It is very likely that because of this there will be a rise in both local and national figures when these data start coming through.

“I’d also like to reassure you that we’re doing everything we can as a council to support residents and continue to deliver excellent services through the pandemic.

“We would urge all our residents to continue to take responsibility and respect the restrictions around social distancing. This is the best way for everyone to protect themselves and their loved ones.”

Editor’s note: On 12 June, Deckzero asked us to add the following statement to the story

Some of the initial reporting of Deckzero’s Covid 19 modelling was inaccurate and out of context.

Brighton and Hove Council has now withdrawn its initial statement and instead points to issues with the reporting.

The original disclaimer on the Deckzero website reads: “RZ Index is provided to indicate and signal changes in new cases, rather than to replicate the scientific R number. It is not official or government guidance and shall not be used in any scenario or situation where the government guidance should be followed, including, but not limited to policy-making by local organisations.”

Had all parties read this disclaimer we are sure the subsequent confusion would have been avoided.