A Brighton shop may lose its alcohol licence after facing accusations of selling stolen drinks.

The licence holder was alleged to have bought bottles of wine from street drinkers who had stolen them from elsewhere – and then the bottles were put out on the shelves.

Churchill Supermarket, in Air Street, Brighton, had its licence suspended in May but was alleged to have still been selling alcohol a month later.

Sussex Police called for an official review, with a view to removing the shop’s licence after officers investigated sales of stolen alcohol.

And the premises licence holder Melad Sitt was also accued of failing to pay an annual fee due in April although he did pay up in June.

Chief Superintendent Nick May, the divisional police commander for Brighton and Hove, said that Sussex Police had been told about stolen alcohol on sale at the business in January.

They became aware of an angry woman following a man leaving the shop and arguing about a £20 note.

Officers spoke with Mr Sitt and asked to see security camera footage. It showed the man going into the store just after midnight and speaking directly with Mr Sitt.

The man produced bottles of wine from his rucksack and a carrier bag.

Officers saw Mr Sitt handing money to the man who then left the shop.

The three bottles of red Barefoot Merlot and seven bottles of white Jacob Creek Sauvignon Blanc were said to have a combined retail value of at least £65.

Security camera footage showed a woman add the bottles to shelves in the shop.

In a letter to Brighton and Hove City Council, Chief Superintendent May said: “While police were at the shop, a number of members of the street community were seen to gather outside, not aware that officers were in the store.

“A male from the group came into the shop, saw the police and just asked for a paper bag and left.

“Another male came in and, upon seeing officers, he swore and also left the premises.” 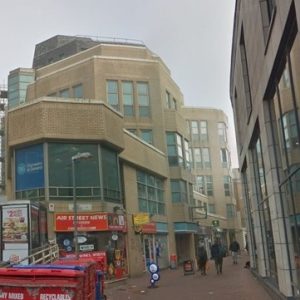 When asked about the wine, Chief Superintendent May said that Mr Sitt told officers that he was looking after it for a friend and gave the man money to “help him out”.

Sussex Police licensing team carried out an inspection of the premises the next day.

Mr Sitt could not provide training records and said that he had been the only person working at the store since late March.

He said that he was not trading 24 hours a day, as permitted on his licence, because of the lack of staff.

During a meeting at John Street Police Station, in Brighton, Mr Sitt said that he was working long hours due to having no staff and was trying to make ends meet.

He produced training records which showed two staff members were trained when he said he had no staff.

Chief Superintendent May said: “We have a licensed premises that we firmly believe has been purchasing stolen alcohol from vulnerable people who in turn will use this income to fund their addiction habits.

“This has a serious, negative impact throughout the city in relation to crime and disorder, as well as affecting responsibly run outlets that are having their stock stolen.

This was reported to Trading Standards, who found two boxes of eggs on display and each had a mix of UK and Spanish free-range eggs inside them.

Council licensing officials said that Mr Sitt had not informed them of a change of address, which was a breach of his personal licence conditions.

A licensing officer, whose details were redacted in the report to a council licensing panel, said: “It seems that Melad Sitt has no understanding of the responsibilities of holding a premises licence and I have little confidence that this situation will change.”

The licensing panel is due to hold a “virtual” hearing from 10am on Monday 17 August.