A man faces no further action after being arrested on suspicion of murder when a woman fell to her death from a seventh-floor flat in Hove earlier this year. 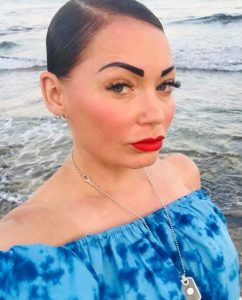 Sussex Police said: “No further police action is being taken against a man arrested on suspicion of the murder of a woman in Hove

“At 5.53am on Saturday 18 January police were called to Clarendon House, in Clarendon Road, Hove, after Nicola Redman, 33, of Monument View, Brighton, had been found outside the flats, having fallen from the seventh floor.

“A 52-year-old man was arrested on the same morning on suspicion of murder and was subsequently released while the investigation continued.”

Detective Chief Inspector Charlotte Rimmer, of the Surrey and Sussex Major Crime Team, said: “Following a thorough investigation, we are satisfied that this is not a criminal matter and therefore no further police action is being taken against the arrested man.

“We appreciate the understanding and co-operation of local residents and Nicola’s family.

“An inquest was opened in to Nicola’s death and suspended during our inquiry.

“It will now be resumed and a full hearing will take place.

“My team have provided the coroner with the information she requires for the inquest.

“Nicola’s family have been kept informed through the investigation.”

The inquest into the death of Nicola Redman is due to take place at 12 noon tomorrow (Thursday 13 August) at Brighton Coroner’s Court.