Brighton and Hove City Council has set up a hotline to report graffiti, it was announced today (Tuesday 18 August). 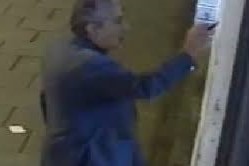 The council said: “If you see someone tagging or have evidence against anyone daubing graffiti, you can now report it though our environmental enforcement hotline.

“Residents can call 01273 295063 to give details of the offence and our officers will be able to respond quickly.

“The phone line is open from 8am to 5pm, Monday to Friday. A voicemail function is in place to take any messages for calls outside of these hours.

“Our environmental enforcement officers can fine anyone found drawing graffiti on public and private land where they don’t have the landowner’s permission.

“We will issue fixed penalty notices of £150 to anyone found committing the offence and will seize any material used to graffiti.

“Graffiti includes anything written, sprayed or painted on public or private property. It’s illegal to do this without permission.

“We are not responsible for the removal of graffiti on private property. However, we can take legal action against offenders where we have evidence.

“Our street cleaning team will also remove or paint over any offensive graffiti in public places.

“This includes anything racist, sexist, ageist, anti-faith, homophobic or full of swear words.

“We aim to remove offensive graffiti within 24 hours of it being reported to us.

“We are also responsible for removing graffiti on council property, including buildings, benches, signs and street lights.

“If you are in a resident or community group, we also have a community clean-up scheme which could give you supplies to paint over graffiti in your local area.”

Green councillor Amy Heley, who jointly chairs the Environment, Transport and Sustainability Committee, said: “Tagging is becoming an increasing problem in Brighton and Hove. It often blights the look and feel of city and costs a huge amount of time and money to remove.

“We’re introducing this new way of reporting to help reduce the amount of tagging in our city.

“Our environmental enforcement officers are out and about in the city regularly and will stop and fine anyone they see.

“But we need your help to tackle unwanted graffiti – if you see anyone tagging in the city, please let us know.”