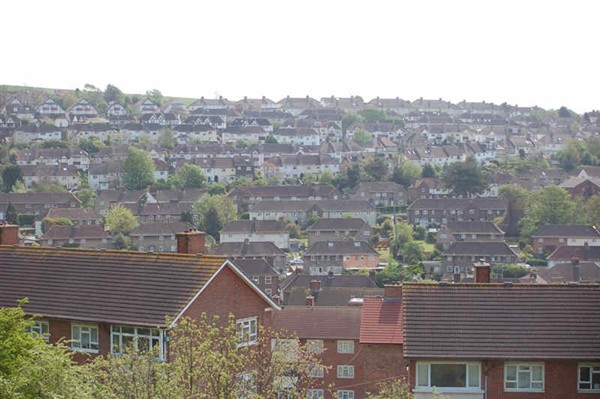 Brighton and Hove may have to build thousands more houses under government plans to quadruple its target for new homes.

According to the Local Government Association (LGA), which represents councils in England and Wales, a new Government algorithm would increase Brighton and Hove’s target for new homes by 287 per cent.

The algorithm is linked with the Government’s White Paper Planning for the Future which would see a complete overhaul of the planning system as the Government looks to build its way out of a post-covid-19 recession.

In its statement issued on Tuesday 15 September, the LGA said the formula would increase the number of new homes in the south and midlands while reducing the amount built in the north.

Green councillor Leo Littman raised the issue at the start of the Planning Committee meeting on Thursday 17 September.

He pointed out that five applications before councillors argued the city is falling short of its five-year housing supply.

Councillor Littman said: “Sadly, rather than recognising the constraints we face as a city, the algorithm the Government has put in charge of deciding the figures, has apparently increased the pressure on the city’s land supply by increasing the amount of housing to be built here by 287 per cent.

“In other words, nearly four times as many homes as we are currently struggling to build.

“Since we cannot show that we are able to build the number of houses previously proposed, it is hard to see how this new figure could be achieved.

“I hope that the people of Brighton and Hove can rely on politicians of all parties and none, to stand together against this latest infringement on our ability to plan our city’s future. This is, by the way, not a party-political matter.”

Councillor Littman went on to quote the Conservative councillor, and former leader of Swindon Borough Council, David Renard, who is the Local Government Association’s housing spokesperson, who said “algorithms and formulas can never be a substitute for local knowledge”.

Brighton and Hove City Council is in the process of consulting on part two of the City Plan, which includes potential development sites on the “urban fringe”, including parts of Benfield Valley, Whitehawk Hill Nature Reserve and Horsdean Recreation Ground.

Councillor Littman urged people to share their views on the proposals in the public consultation on the council’s website, which ends on 31 October.

“No such announcement has been made nor is it ever likely to be.

“We stand by our campaign to stop Labour and the Greens building on the unspoilt urban fringe, which would mean removing 930 housing units from the allocation.”

Special needs teacher forced to shell out £150 for covid test