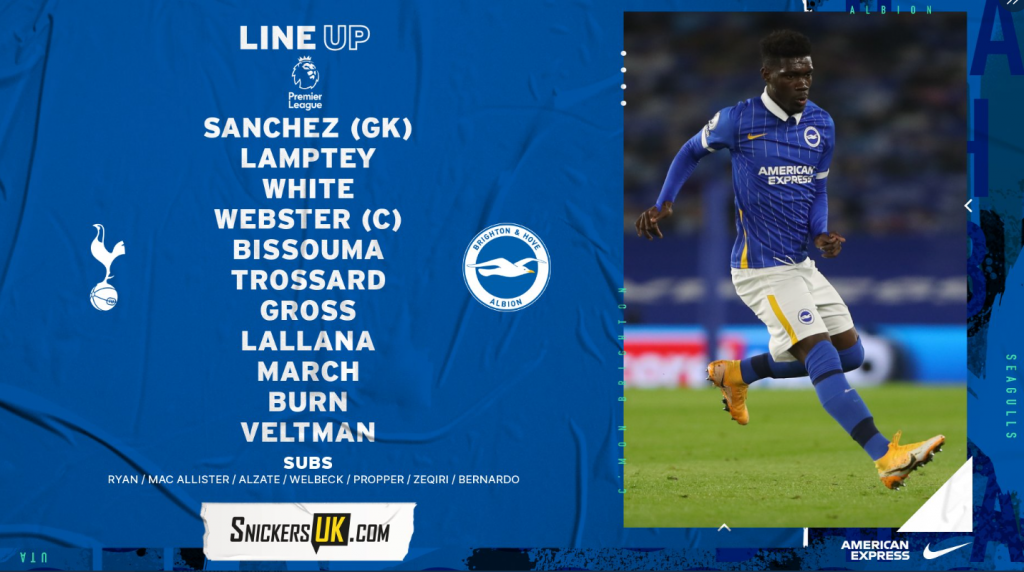 Graham Potter springs a surprise as Robert Sanchez makes his Premier League debut in goal for the Seagulls.

And the Swiss-born Kosovan international prospect Andi Zeqiri is added to the squad for the first time.

Adam Webster retains the captaincy, with Lewis Dunk serving a three-match ban for his late red card in the draw at Crystal Palace.

Adam Lallana starts but Danny Welbeck will be on the bench.

Jose Mourinho’s side have a strong home record against the Albion and will be looking to make amends for a 1-0 defeat in midweek in European competition when they were beaten by Royal Antwerp.