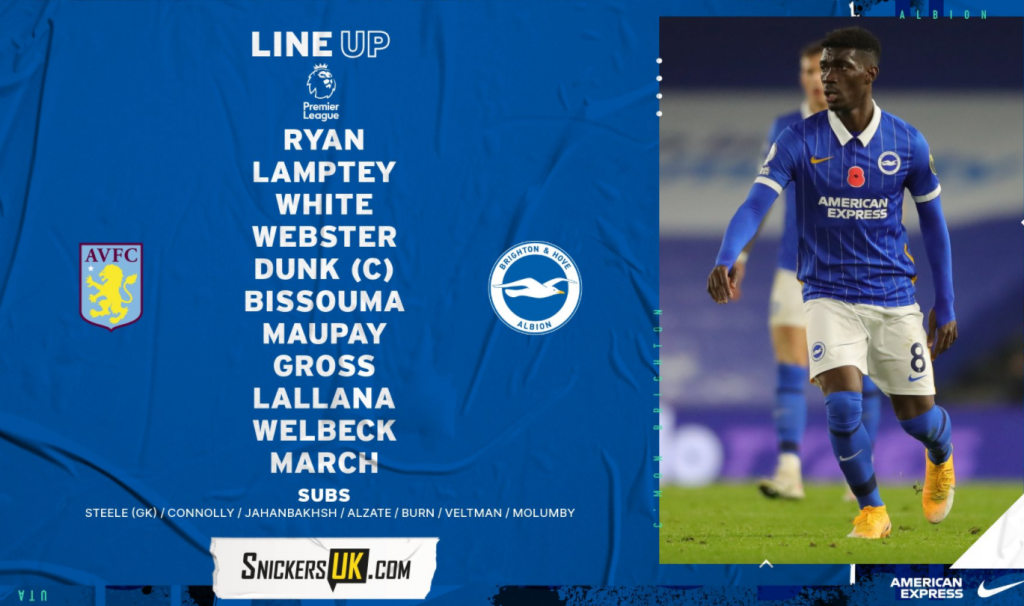 And Alireza Jahanbakhsh returns to the bench alongside the likes of Aaron Connolly, Steven Alzate and Dan Burn.

Villa have won five of their seven games this season and sit in sixth place in the Premiership at the start of play.

Brighton, in 16th position, have just the one win and six points.