Obituary: ‘A light has gone out’ with the death of veteran Brighton youth worker

Patricia Norman, a well-known Quaker, teacher and the life president of Brighton Housing Trust, passed away on Wednesday 2 December. 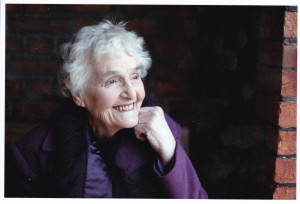 She became involved in the work of Brighton Housing Trust in 1969, a year after the organisation was set up.

It was while attending the founding meeting of the West Pier Society in 1969 (which was set up to save the pier) she concluded that, even though the society’s aims were worthwhile, she was more concerned about the people sleeping under the pier than the pier itself. The next day she joined BHT.

She started as a volunteer and then served on the BHT board for almost 40 years and as its chair for several years.

When she stood down from the board in 2005 she was named as BHT’s first-ever life president.

As well as her work for BHT, she was a lifelong, active Quaker and was the principal of the Friends adult education centre for over 40 years.

She ran the Tuesday at Friends group for over 50 years, well into her eighties, bringing together older people for socialising and to hear speakers.

She was a governor at Patcham Infant School for many years – and in retirement she volunteered there, helping younger children with reading.

In addition to Brighton Housing Trust, she was a lifelong supporter of many organisations that worked to support her values, advocating for peace, human rights, sustainability and the protection of animals and the environment including Age UK, Amnesty International, the Centre for Alternative Technology, Friends of the Earth, Greenpeace, the NSPCC, Oxfam, the PDSA, the RNLI, the RSPCA, Sussex Wildlife Trust, Unicef and the United Nations.

She had been vegetarian for most of her life in line with her beliefs.

Pat was born in Hove in 1924. She trained as a youth and community worker, moving between Brighton, Glasgow and Wolverhampton before returning to Brighton and, through a music society, discovered the Friends Centre. She started attending Quaker meetings in 1954.

In 1963 Pat met her husband Frank at a Quaker meeting. He was widowed with three daughters and together they had a fourth daughter.

Pat will have touched the lives of many thousands of people. I know she has touched my life in more ways than I can say, and I am immensely grateful to her. 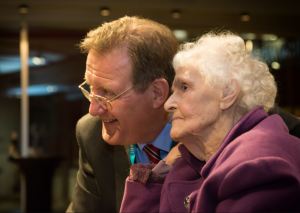 When I spoke to her on her 96th birthday earlier this year, shortly into the first national covid lockdown, she was characteristically more concerned about the people using BHT’s services and how we were coping with coronavirus than with her own situation.

She brushed aside any concerns for her, saying her daughter, Lucy, and her neighbours were making sure she had what she needed and that, in fact, she had so much she felt she should really be helping others!

Anyone who met Pat will understand why I say that of all the people I have met, she is the closest to being a saint.

I feel that a light has gone out in my life.

Pat is survived by a sister, a daughter, two step-daughters and several grandchildren.

There will be a memorial service at the Friends’ Meeting House in Brighton at a future date.

She had said that she would welcome donations to BHT in her memory.