Thousands of children in Brighton and Hove are struggling to stay focused when they are meant to be learning from home.

And a significant number still don’t have a suitable computer, tablet or smart phone, according to a council report, which also mentioned poor wifi connections and problems with data limits.

Education chiefs are also worried that too many children from poorer families in particular may not have a quiet place to work.

And schools are reporting spending a long time on the phone supporting individual families to ensure that they have working access to remote lessons.

Schools are also reporting that many children and young people are finding it hard learn from home, with the council report citing a YouGov survey suggesting lack of motivation and supervision among the main problems.

In addition, those working with families whose first language is not English have reported that a high proportion of those families do not have computers, tablets or smart phones.

And many of them are among the most vulnerable, with 30 per cent living in the most deprived areas of Brighton and Hove.

The Brighton and Hove City Council report set out the emerging and continuing problems as schools and families try to cope with homeschooling during the third national coronavirus lockdown.

The report also highlighted some of the schemes and organisations helping children in the digital city such as Tech-Takeback which makes use of unwanted technology.

But the scale of the challenge is underlined by the report’s estimate that some 27,500 children and young people are learning at home locally.

The various problems have led to a growing number returning to school alongside vulnerable children and the children of key workers.

The subject is due to be debated by the council’s Children, Young People and Skills Committee next Monday (8 March).

The report to the committee said: “In January a survey of primary and secondary schools was undertaken.

But it added: “Maintaining access is a challenge for all schools.” 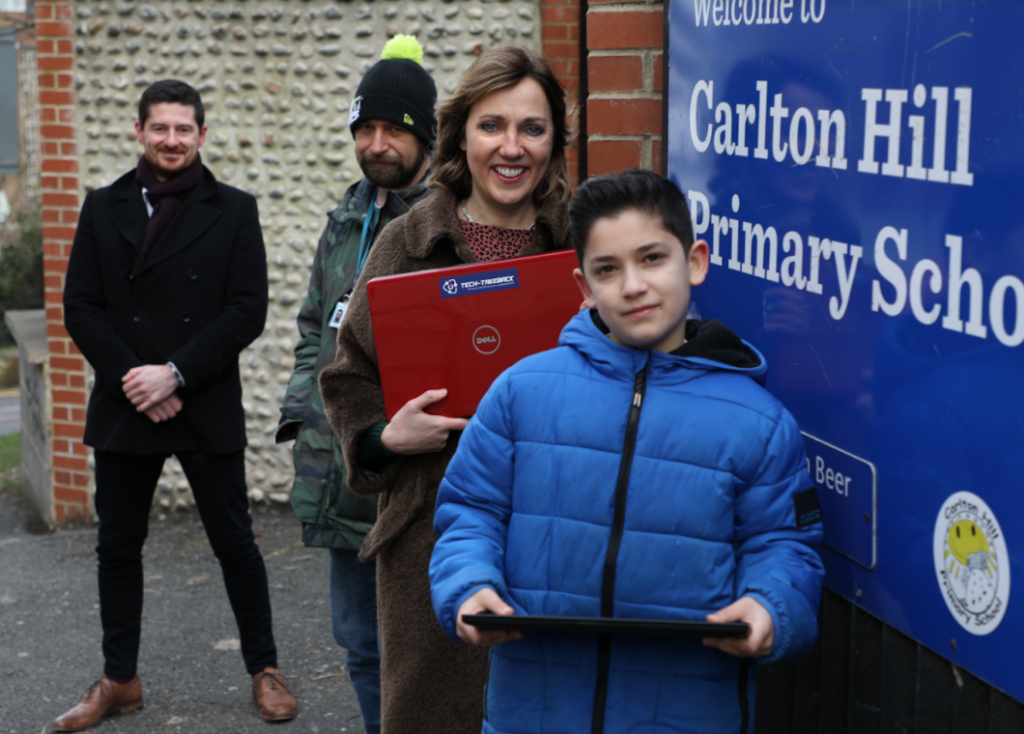 The report also said: “During the summer term 2020, the city received 1,678 devices through the local authority, initially for pupils with a social worker.

“From the autumn term onwards, schools ordered directly from the DfE (Department for Education).

“Allocations are based on free school meals data and an estimate of the number of devices a school already has.

“Schools are able to query their allocation and several settings have obtained additional devices in this way.

“Once all these orders have been fulfilled, the city will have received a minimum of 4,144 devices from this commitment, bringing the total number of devices received to over 5,800.”

The report said that the DfE was working with network providers to increase data allowances.

Schools can apply for extra data on behalf of families who do not have fixed broadband at home, cannot afford extra data for their devices and have children studying at home.

The Children, Young People and Skills Committee is due start at 4pm next Monday (8 March). The meeting is scheduled to be webcast on the council website.