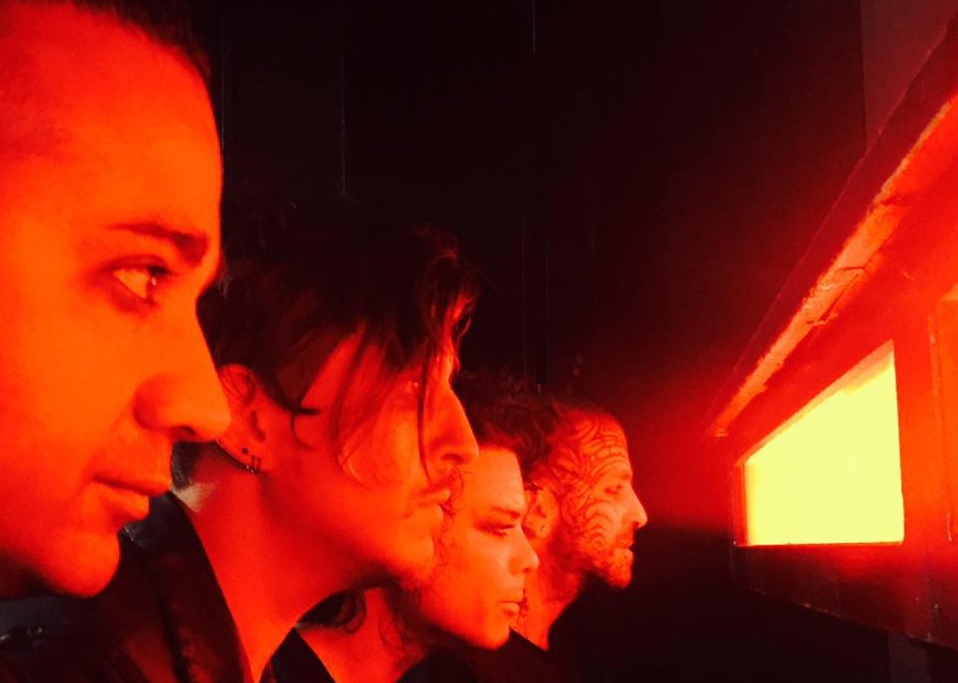 Inertia are heading to Brighton this summer

Inertia have announced a 12-date UK tour, which includes an appearance at The Prince Albert in Brighton on 23rd July 2021.

It’s going to be one hell of a night as they will also be bringing The Danse Society, Black Light Ascension and FORM with them. Grab your tickets HERE. 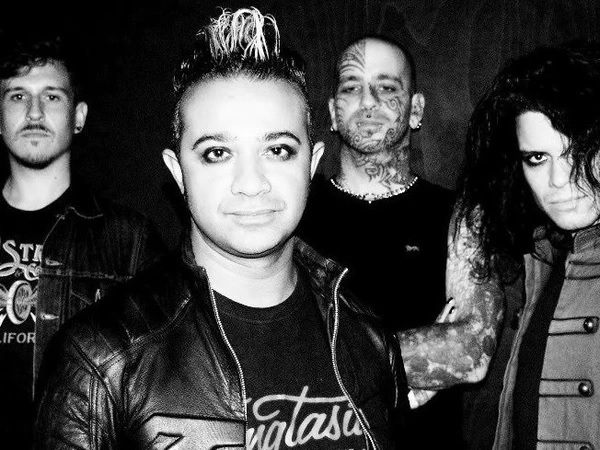 Inertia was formed in 1992 by Reza Udhin. After several name changes and line up reshuffles, the project was properly stabilized with the arrival of Eddie Tempest (synth) and Mark Barrett (guitar). Their sound brought together elements of Industrial and Techno to form something quite different to anything in the scene at that time.

They were immediately signed to Germany’s Celtic Circle Productions within a few weeks of producing their first demo tape, and released their debut 6 track EP ‘Infiltrator’ in June 1995. It was an immediate success, achieving excellent reviews across Europe, UK and USA. The CD was played at several clubs where it became an instant club hit.

In 1996 Alexys B joined Inertia on electronic drums and the 4 track ‘Mind-Energy’ swiftly followed. Their ‘Programmed To Respond’ debut album was released in 1997 to great success and European and USA tours followed.

A regular stream of seven further studio albums arrived from 1998 to 2010. As well as in 2005, their best of double CD ‘Decade of Machines – 1994-2004’ was released and Reza also joined legendary alternative Industrial band, Killing Joke, as their keyboard player.

In 2010, Inertia emerged with a new line up featuring Kneill X on guitar (ex Killing Joke, Killer B Movie) and Andrew Lowlife on synths (Swarf). They released a “covers” album ‘Kloned’, featuring their take on a variety of bands from The Beatles to Falco to Sparks to Elvis!!

Today, Inertia comprises Reza Udhin, Alexys B, Kneill X and Andrew Lowlife and the band have been flagged up by none other than Gary Numan who referred to them as “Inertia are the best and most aggressive band in London”. Inertia – 29 years and still going strong!

Check out Inertia’s music on their Bandcamp page HERE. 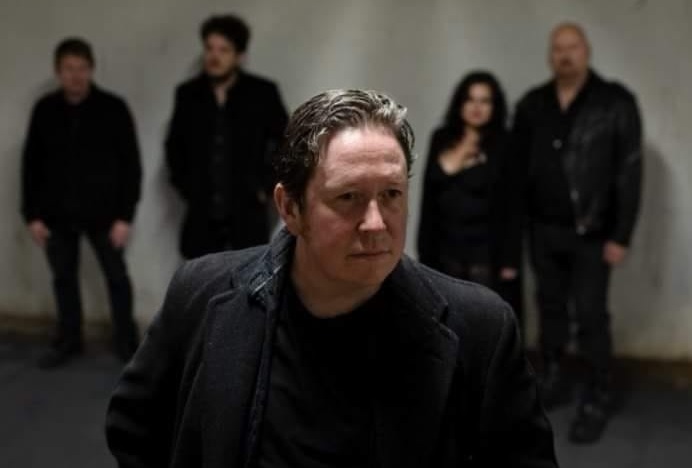 The legendary DJ John Peel was interested in the band right from their very first single release ‘Clock’ in 1981 and continued to feature their music throughout the early eighties.

The Danse Society recorded two sessions for Peel, on 21st November 1981 and 28th August 1982, and also made it into the Festive Fifty with ‘Somewhere’ in 1983. Two tracks from the first session, ‘We’re So Happy’ and ‘Woman’s Own’ were released as a single as early as 1982. The other two songs in the session being ‘Sanity Career’ and ‘Love As Positive Narcotic’. The 1982 session tracks were ‘Ambition’, ‘Clock’, ‘Godsend’, ‘The Seduction’. 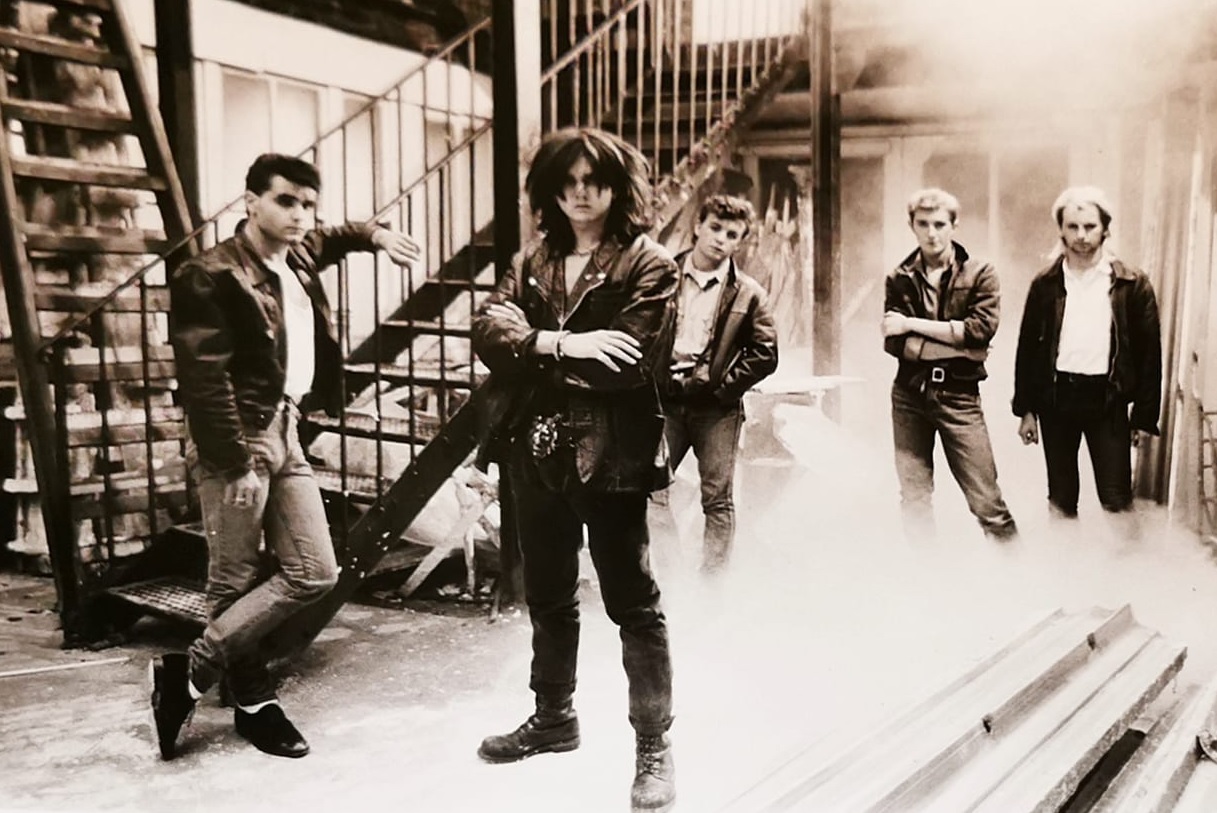 The Danse Society back in the day

The original formation released three studio albums before splitting up after ‘Looking Through’ in 1986 (released as The Danse Society International). The previous albums being ‘Seduction’ (1982) and ‘Heaven Is Waiting’ (1984).

The original line-up called it a day in 1987, but they were allegedly called on to re-form by a fan-based Facebook campaign in 2009. They obliged in 2011 with female singer Maethelyiah. Their first live gig in 25 years was performed at Germany’s Wave-Gotik-Treffen festival in May 2012.

Check out The Danse Society’s music on their Bandcamp page HERE. 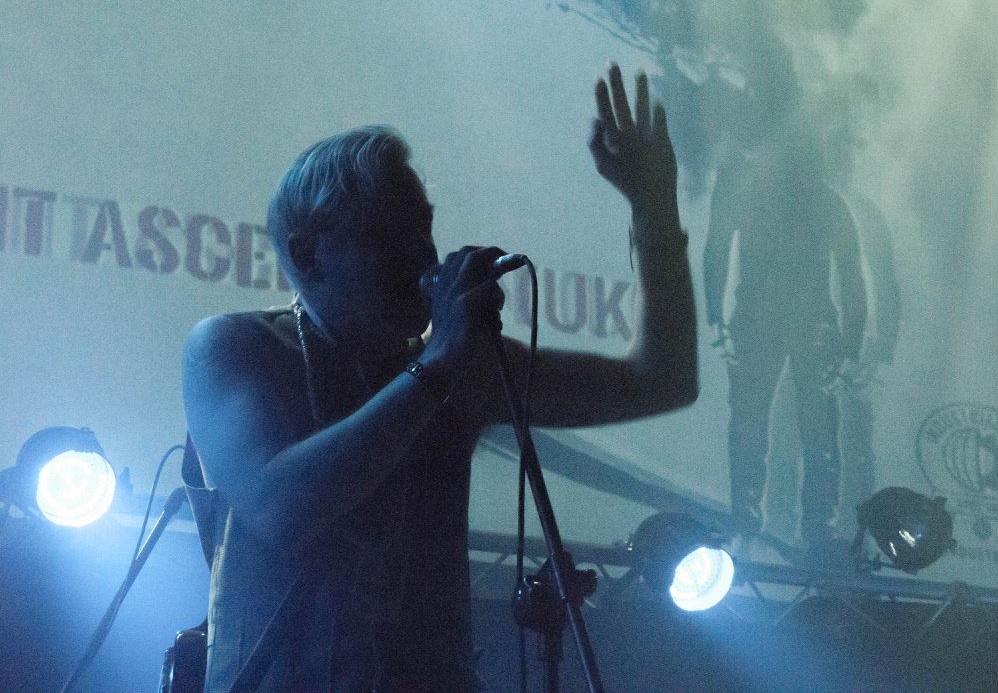 Since then there have been three releases, ‘Ashes’ in 2011 (referenced as “Post punk electronic with Industrial leanings and groovy ‘guntar’ lead lines”), ‘Post Future Recordings’ in 2014 (described as “9 tracks of powerful rhythmic electro industrial, with pastoral moments of apocalyptic melancholy. Music for body and heart”), and ‘The Austerity Exhibition’ in 2017 (described as “formidable electronic post punk release featuring furious politicised content and crushing grooves”). 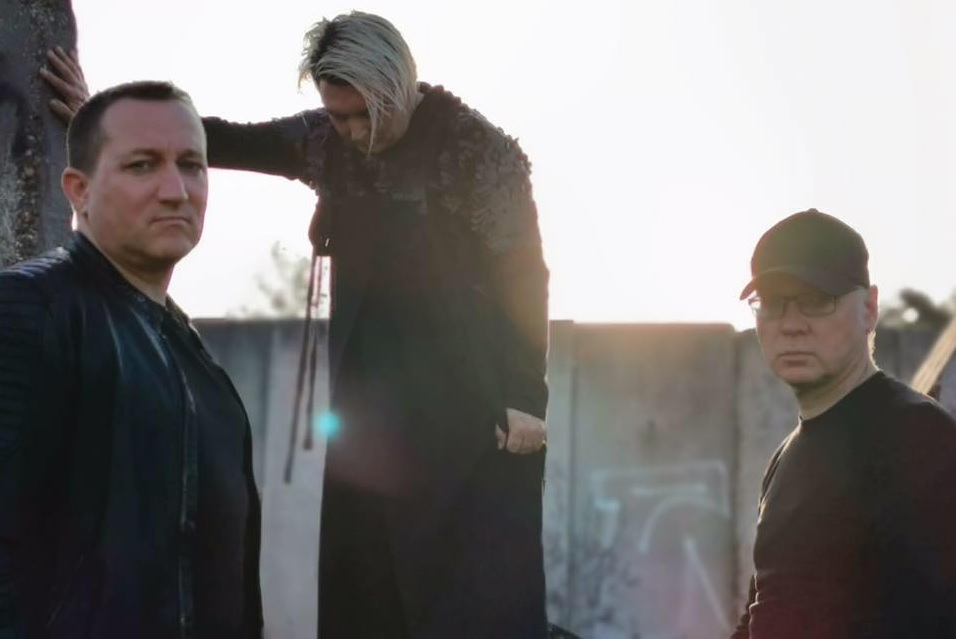 ‘This World Is Ours’ is the second album from the trio whose members are based in England, Wales and Germany. Their debut 12 track album ‘Defiance + Entropy’ came out on 25th October 2018.

Keith Trigwell, Mark Bebb and Rob Dust are no strangers to electronic soundscapes, each having extensive experience of songwriting, live performances and music production.

Trigwell, also a member of the Depeche Mode tribute, The Devout, started early as a writer, programmer and sound engineer, working with bands in various London studios.

Bebb is also the co-writer and vocalist of the Welsh duo Shelter, who achieved extensive successes with their numerous albums and live performances.

The production for FORM is in the hands of the prolific German master, Rob Dust, who is known in synth circles for his work with Alphaville, Andy Bell, De/Vision, MESH, Visage, Camouflage amongst others.

FORM songs written by Trigwell and Bebb are polished to perfection in his Potsdam studio.

Here’s a reminder to grab your gig tickets HERE. 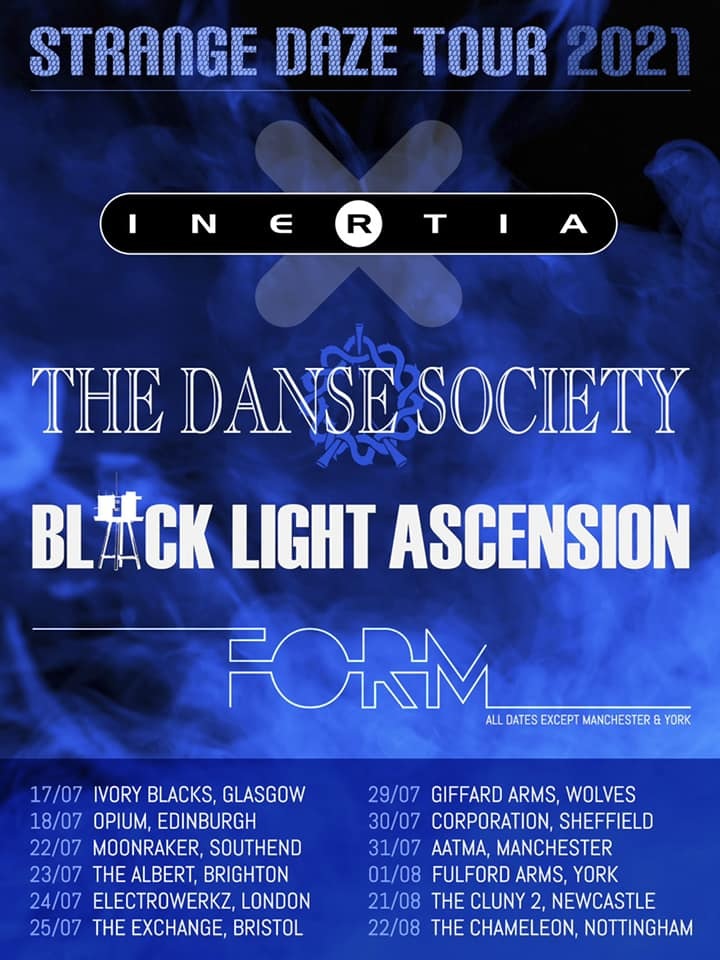