A housing and homelessness activist has called for six Labour councillors to account for their decision to abstain from a vote in support of begging and tents on the streets.

Labour Party member David Thomas, who is also the legal officer for the Brighton and Hove Housing Coalition, wrote about the issue in a blog post.

They abstained when the Homeless Bill of Rights was voted through at a virtual meeting of the full council on Thursday 25 March.

Critics of the bill of rights are concerned that it encourages begging – which remains illegal – and tents in streets and open spaces.

In his blog, Mr Thomas said: “This blog is a reflection on one aspect of democracy in the Labour Party.

“What do we expect from our elected representatives in terms of accountability?

“The occasion for it is six Labour councillors from Hove breaking the whip and defying both the CLP (Constituency Labour Party) membership and the election manifesto to abstain on the Homeless Bill of Rights.

“My conclusion is that this behaviour is essentially undemocratic and unsocialist and that the councillors should account for themselves to their membership.

“The Labour Group had agreed to vote for it. Nevertheless, six Labour councillors … all from Hove CLP, broke the Labour whip to abstain.

“What we know of their reasons is contained in a speech by Clare Moonan, which repeated Conservative attack lines and was (frankly) shameful.”

Mr Thomas also said that support for the Homeless Bill of Rights had been included in the Labour manifesto at the 2019 local elections. 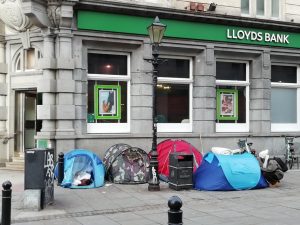 He said: “For an elected representative to refuse to support a policy in the manifesto is thus undemocratic.

“Moreover, there is a democratic legitimacy to party discipline. The electorate may be assumed to expect the party they have voted for to act with a degree of unity, since otherwise the democratic vote for their programme is unlikely to be effective.”

Mr Thomas added: “Another interesting take on this issue is the excuse made by Councillor Moonan in her speech that she had to represent all her constituents, presumably including the bigoted ones. Others also use this argument.

“The problem with that view is that she has been elected on a programme. The democratic process has decided that that is the programme she should carry out.

“Of course, she should help any constituent who needs her help, but it is not an excuse for abandoning both democracy and principle.”

And he said: “Labour MPs and councillors should as a minimum be accountable.

“If they choose to defy party discipline, breaking their undertaking and undermining that party’s reputation and effectiveness, if they refuse to support a policy that their membership supports, if they break a manifesto commitment – then at the very least they owe a duty to come before the membership of their own branch and constituency, explain themselves, and respond to any questions the membership chooses to put to them.”

In the full council debate, Councillor Moonan said: “This bill was first proposed when I was rough sleeping lead and I thought it was an excellent idea. However, at that time I had two reservations – and I still have these reservations.

“The bill of rights states that people have the right to beg in the city. Most people know that we have a huge problem with begging, particularly aggressive begging. And pre-covid, many areas of the city became no-go areas as people felt intimidated and threatened.

“It’s also well known that most begging is related to drug use rather than homelessness and that there is a lot of exploitation of beggars themselves by pimps and drug dealers.

“It is possible for rough sleepers to get food across the city in many different ways.

“We need to work with the police and other partners to address the begging problem in Brighton and Hove.”

She also had reservations about the bill’s calls for the “right to personal space” and “respect for personal property”.

They were, she said, “in danger of allowing a permissive environment where tents can pop up everywhere across the city.” 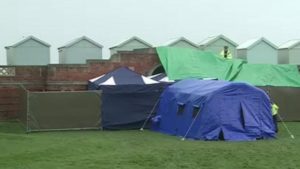 Councillor Moonan added: “For several years on Hove Lawns we had tents that have caused real distress to residents, with open drug dealing taking place and leaving an unsightly and unsanitary mess behind.

“Homeless charities state that tents are not a safe environment for homeless people, particularly women.

“We need to be lobbying the government to help us get the 400 people who are currently in emergency covid accommodation in this city into stable housing rather than having to resort to a tent.

“In addition, many people in tents hide behind the curtain of homelessness to get a free staycation in sunny Brighton which I am concerned will proliferate this season due to covid.

“I have to represent the views of many of my residents who have had enough of tents in the streets and our open spaces.

“I want to reassure residents that if this bill is passed this evening, I will not be endorsing the widespread proliferation of begging or tent dwelling and call on the city to develop a balanced and proportionate approach to these issues that take all residents into account.”

The council voted to adopt the Homeless Bill of Rights by 31 votes to 13, with seven abstentions – the six Labour “rebels” and independent councillor Bridget Fishleigh. The other Labour councillors backed the Greens in favour of the bill, while the Conservatives voted against. 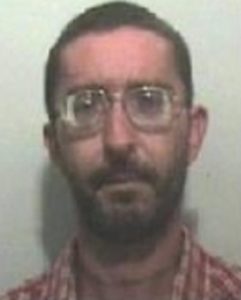 The debate has echoes of questions raised eight years ago – after a rough sleeper, Lea Williams, was murdered at the makeshift shelter at the Hove seafront pitch and putt course.

A former Conservative councillor Graham Cox questioned how genuinely compassionate it was to support the prevailing approach.

Councillor Cox, a former police chief, said: “In the light of this awful tragedy, and the other nine deaths of rough sleepers last year in the city, I am increasingly concerned that our tolerance and charity is actually killing the people we want to help.

“It is not compassionate to simply maintain vulnerable people in a lifestyle which will probably lead to them dying – and this tragic case bears this out.”