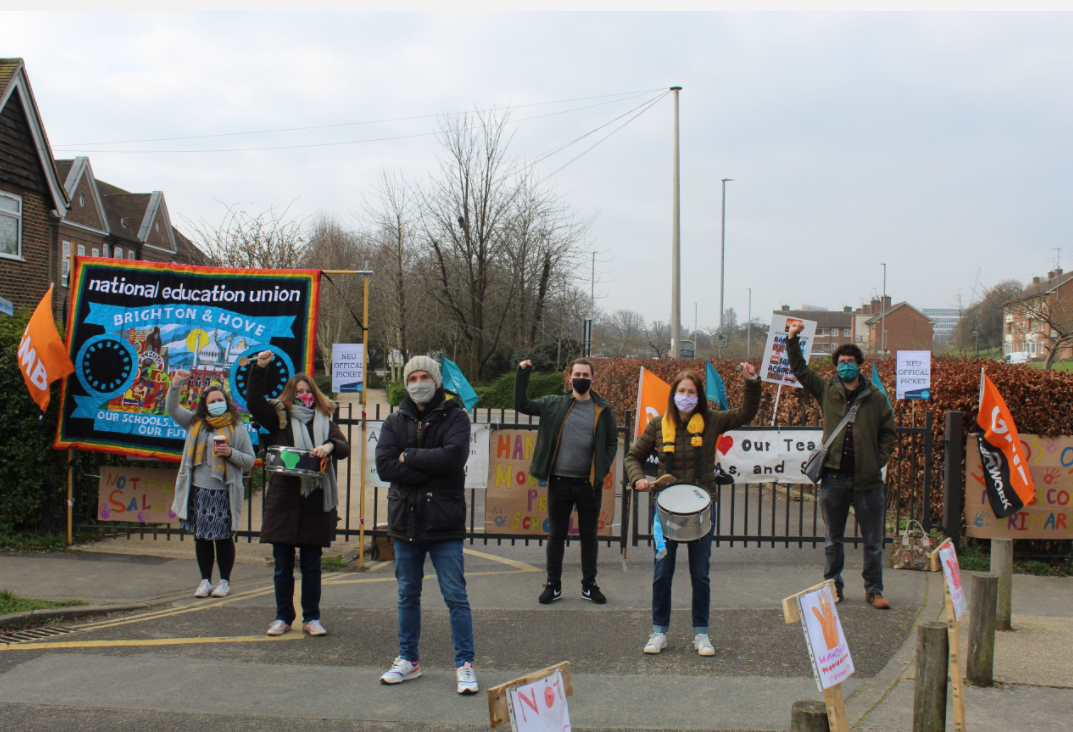 Brighton Kemptown MP Lloyd Russell-Moyle has pledged to help families take their children out of Moulsecoomb Primary School if an academy chain takes it over.

Yesterday it was announced that Pioneer Academy would be taking over the school – a chain which now has one of the Ofsted inspectors who rated it inadequate as a director.

Its regional director Timothy Rome was one of three inspectors whose report triggered a government order forcing the school to become an academy in spring 2019, which is still in place despite huge opposition from parents, unions and councillors.

Meanwhile, the council published figures showing applications for reception places have continued to fall, with only 18 families putting it as their first choice.

No families putting the school as second or third choice were allocated a place, meaning that less than a third of the school’s 60 reception places will be filled – down on last year’s 22 pupil intake.

Mr Russell-Moyle said: Out of order! The Pioneer’s director was one of the inspectors, this is sleaze. Pioneer are not wanted in Brighton. I will support parents if they picket outside Pioneer sites, we will make sure everyone feels the wrath of Moulsecoomb if they go ahead with this.

“I wrote to Pioneer saying Moulsecoomb would cost them and divert money from their schools. Pioneer have ignored parents, staff and the local authority.

“I will write to parents of other Pioneer schools to ask them to stop this which risks their schools finances.”

One of the Hands Off Moulsecoomb campaigners, parent Natasha Ide, said she believed most parents would pull their children out if the academisation goes ahead.

In 2019, the campaign collected pledges from more than half the school’s families they would do so – and it is now planning to collect signatures again.

She said: “I would 100 per cent take my son out if it becomes an academy. Even today, I had a new mum start talking to me in the playground and she’s already thinking of pulling her son out because it’s become too disruptive, with the strike and everything.

“I think it’s going to be a majority of parents, and none of them want academisation.”

She said the campaign is also planning to protest outside other Pioneer Academy schools.

Pioneer, which runs schools in London and Kent, was approached for comment.