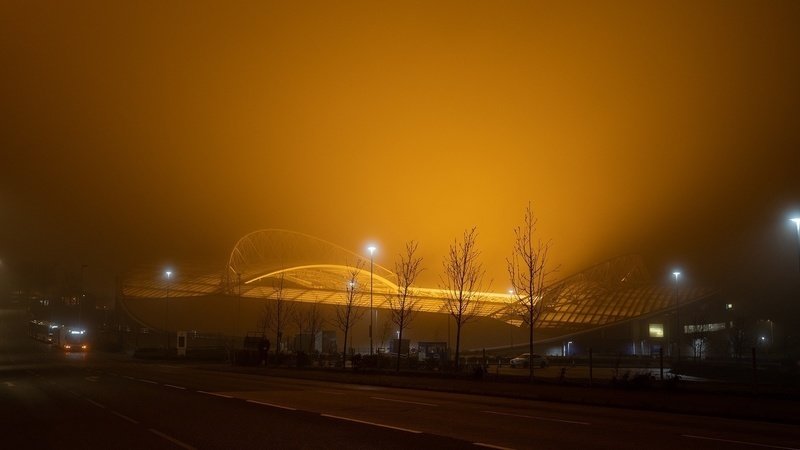 A campaigner’s bid to get the city council to get the Amex Stadium to turn off its grass-growing lights has failed.

The lights cast an orange glow into the night sky and can be seen more than ten miles away.

Mr Geliot says the lights interfere with local wildlife, and that falling insect populations have been linked to light pollution.

He asked the city council to act on planning conditions about light egress and on the basis of statutory nuisance under the Environmental Protection Act 1990.

When it didn’t, he complained to the local government ombudsman – but they have now said the council was not at fault.

Mr Geliot said: “I’m slightly disappointed but I kind of knew from the legal advice I had that it was likely that this was the expected outcome.

Since the petition was started, an All Party Parliamentary Group for Dark Skies has been started, which is developing policies to address light pollution, which Mr Geliot is working with.

He added: “This ombudsman report is a practical demonstration of how the law isn’t working to tackle problem light.

“It goes to the debate about climate change. Even if we deal with CO2, if we don’t commit to control our light emissions, we will go extinct anyway because it’s having a huge effect on the ecosystem.”

The ombudsman’s report said: “In terms of action in planning terms, the council noted the light pollution Mr X referred to was caused by the use of grass growing lights at the stadium.

“It explained the lights did not constitute development under Section 55 of the Town and Country Planning Act 1990. So, the lights do not require planning permission from the council.

“The council’s view is that it does not have any legal planning grounds on which to take enforcement action.

“In terms of action under the Environmental Protection Act 1990, the Council explained it had to assess whether light from the stadium amounted to a statutory nuisance. Its assessment would take account of the character and duration of the light and how it affects the person complaining in their home.

“The council emphasised the light must ‘unreasonably and substantially interfere with the use of enjoyment of a home or other premises’.

“The council asked the signatories to a petition it received to provide diary sheets to aid its assessment. It says none of the diaries were returned.

“Given the absence of information on how the complainants are affected in their homes, the council decided to close the case.

“Mr X says the light emissions from the stadium are on a scale that constitute an offence as a statutory public nuisance. He emphasises he did not allege a private nuisance which was the type of nuisance the council investigated.”

However, the ombudsman found no fault, as its role is to decide not on whether the decision was correct, but whether there was fault in the process it followed in reaching it.

It said no fault had been found.