The prospective proprietors of a shop linked to modern slavery and illegal workers were asked repeatedly about their links to the current owners.

Marissa Patel and her father Yogesh want to take over Portslade News in Station Road, which was run by Krunal Chandrakant Patel and Kirma Krunal Patel.

The move followed a raid before Christmas by Sussex Police when people with no right to work or stay in Britain were found working at both the Saltdean and Portslade stores.

Mr and Mrs Patel surrendered the licence for their Portslade premises on Thursday 4 March after Sussex Police called for an official review in late January.

Now, a new company, LMYP Limited, run by Marissa and Yogesh Patel, has applied for a licence to sell alcohol from 6am to 11pm daily.

Police licensing officer Claire Abdulkader told the licensing panel hearing, held virtually, that the applicant had not contacted the force about the application.

Nor had the applicant’s agent, Surendra Panchal, director of Personal Licence Courses UK, who also represented the previous owners when they lost their Saltdean licence.

Ms Abdulkader said that the premises had had a licence since 2015 but it was not transferred to Krunal and Kirma Patel until January this year, despite them buying the business in 2018.

She said: “Concerns do remain around the previous licence holder and their link to this address.

“As of (Thursday) 22 April, the Patels continue to be the owners of 43 Station Road and responsible for the business rates.

“They will therefore continue to be involved with the premises if they continue sub-letting it to another company who can then hold the premises licence.

“We are aware they were previously owners and did not transfer the licence into their name so we are looking for assurances that they are no longer associated with this address in any way.” 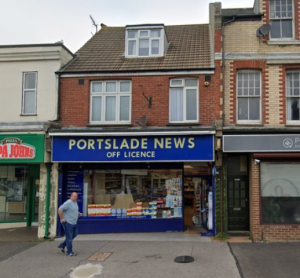 Ms Abdulkader said that Mr Panchal was “fully aware” of the history around 43 Station Road and the force’s concerns.

LMYP Limited was incorporated in February, 10 days before the application for a licence was submitted to the council and Marissa and Yogish Patel live in Croydon which, Ms Abdulkader said, concerned Sussex Police.

The family are currently driving down every morning, Mr Patel said, and are considering using the flat above the shop but do not want to leave Croydon.

Mr Panchal said that he told Krunal Patel that he could not continue running the Portslade store after the problems at Saltdean News.

Police said that they found two men working there in conditions described as “modern slavery” even though they did not have the right to work in the UK.

He said that Miss Patel and her father had no family or business relationship with Krunal Patel.

Mr Panchal said that the family had taken over the business and intended to buy it if they secured the licence.

He said: “They are here to achieve a family business, promote the business and make sure the family prospers, along with the local community.

“They have already started working very closely with the local community.”

Yogesh Patel has a personal licence and would be the designated premises supervisor, responsible for alcohol sales and management – and, Mr Panchal said, he was aware of his responsibilities.

The panel retired to make its decision which should be made public in five working days.