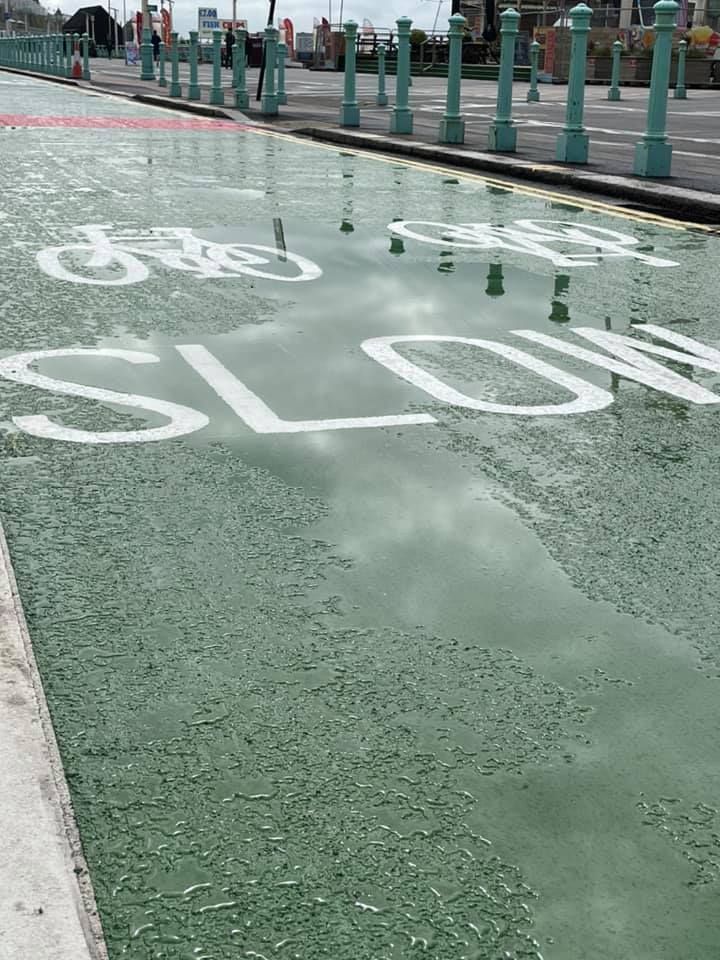 Cyclists have been warned not to use the nearly-finished new cycle lane on Madeira Drive after reports its green surface is slippery.

The new lane, which will replace the pavement cycle lane to give pedestrians more room, has been installed along the seafront road over the last few weeks.

It’s just been covered in a green coating, which Brighton and Hove News understands is methyl methacrylate (MMA), a hard-wearing marking made with resin and powder peroxide and chosen for its durability.

But after yesterday’s rainfall, water started pooling in places, and both pedestrians and cyclists were seen skidding on the surface.

Chris Williams of Bricycles said: “We’re really pleased about the new cycle track as it gives pavement-users more space and keeps them properly separate from people cycling, which is safer for everyone.

“We’re confident that if there are problems with the surfacing, they will be dealt with by the time the track is open.”

A council spokesperson said: “We would like to remind cyclists that the new cycle lane on Madeira Drive is not ready for public use yet and is barriered off.

“We will be carrying out final tests, including skid resistance, on the new cycle lane before we open it.

“Please do not use it until then.”