A Brighton restaurant owner applied for a new premises licence so that diners could drink at the bar after their meal, a licensing panel hearing was told yesterday (Wednesday 21 July).

The Rum Kitchen’s owner, Icarus Leisure Soho, applied for a premises licence that would allow 45 people to drink in the bar area after a meal, with up to 15 standing.

The company, run by managing director Mike Parnham, 45, also wanted an off-sales licence, which would permit takeaway sales and deliveries.

And the business applied to Brighton and Hove City Council for a late-night refreshment licence so that the premises could stay open until 1am on Friday, Saturday and Sunday mornings.

The Rum Kitchen wanted to stay open for an extra hour for “each day of the Brighton Pride festival”, with late opening on bank holiday weekends at the new year.

But the application faced objections from Sussex Police and council licensing officials as well as the owner of a nearby pub.

The premises, in Black Lion Street, Brighton, is currently constrained by an existing licence for Jamie’s Italian, which used to occupy the site.

The venue is in the busy heart of Brighton where stricter licensing rules apply as part of a policy aimed at reducing anti-social behaviour, crime and disorder.

Police licensing officer Mark Thorogood told a council licensing panel that all robberies in Black Lion Street in 2019 were linked with alcohol – as were more than 80 per cent of thefts and violent crime and more than 60 per cent of sexual assaults.

Mr Thorogood said that the force was open to the idea of 12 people waiting in a bar for no longer than 45 minutes before a meal.

But it opposed using the bar after a meal for such a large number of people with no limit to the amount of time that people could stay there.

He said: “Due to the average person’s eating habits, it is unlikely that people will arrive at 11pm wanting a table meal.

“The applicant proves this as, in their conditions, they say substantial food will only be available until the last hour of trading.

“The extended hours we believe would be used to keep earlier customers, who have eaten, within the venue drinking – so operating more as a bar.” 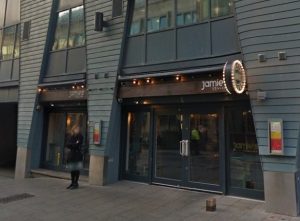 Sussex Police said that alcohol played a key part in the Rum Kitchen’s operating style compared with other restaurants and it promoted a “carnival vibe” with DJs.

A rival business operator, Leo Day, a director of the Golden Lion Group, said that he would welcome a professional food-led operation in the area.

But Mr Day, whose businesses include the nearby Cricketers pub, said that he was concerned that allowing people to drink at the bar after a meal was “a Trojan horse” for an alcohol-led or “wet” venue.

He said: “Lots of those applications are trying to convert this restaurant licence into something that is capable of being more wet-led and I feel this is another one of those examples.

“It is effectively a Trojan horse whereby the operating schedule and terms of the licence read as though it is operating as a restaurant but it can facilitate a wet-led operation.”

Mr Day said that he had previously made representations after three or four earlier applications to convert the premises into an alcohol-led venue. 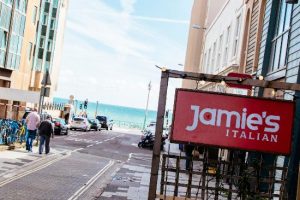 The Rum Kitchen’s barrister Richard Wormald said that the business would be happy to restrict takeaway alcohol sales to deliveries to home and business addresses only,

The venue would not serve people walking in off the street or deliver to those in outdoor locations.

Mr Wormald said that the venue would accept a midnight closing time, in keeping with council licensing policy for new restaurants in the busy centre of Brighton.

Mr Wormald added that the owner wanted to run the Rum Kitchen in a similar way to the Ivy and Browns where, he said, diners could relax with a drink after their meal.

He said: “We reject the talk of this being a wet-led operation in truth or a Trojan horse operation and the whole idea is to lead into wet sales. The opposite is true.

“What has happened in London is the wet-dry split has moved towards food sales starting at 70/30 and now 50/50 and operates very successfully in the way we have described.”

Mr Wormald said that it was better to keep people at the restaurant before they went home. 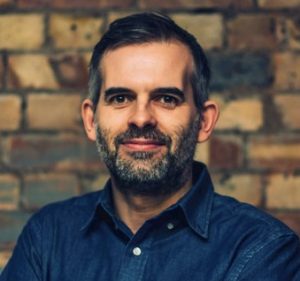 He said that the company’s London venues in Brixton, Soho and Shoreditch had not had any incidents involving the police and attracted a predominantly female clientele.

Mr Parnham told the licensing hearing panel, which was made up of three councillors, that he had started the Brighton branch of Las Iguanas and understood the market.

He said: “We operate in Shoreditch and Brixton, two very lively areas, and the one thing that makes females feel safe is once they came to the venues, they don’t then want to be able to leave afterwards. They want to Uber in and Uber out. It’s a term we hear all the time.

“So creating that space where people can finish dinks afterwards, while waiting for taxis, then leave, then that stops people spilling out on to the busy streets of Brixton and Shoreditch.”