Brighton police officer sacked after being jailed for perverting justice

A Brighton officer has been sacked by Sussex Police just over a month after he was jailed for perverting the course of justice. 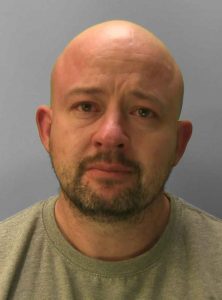 PC Ian Noakes, 41, of Beacon Hill, Ovingdean, was convicted by a jury at Brighton Crown Court after a three-day trial and jailed by Judge Shani Barnes.

He was also tried for threatening to kill two people, who were known to him, at an address in Lewes, on Saturday 9 January.

At the same trial, the jury cleared him of making the threats. Noakes had denied both charges.

None of the offences were in relation to any cases he was investigating.

Today (Tuesday 10 August) Sussex Police said: “A police officer has been dismissed from the force after he was convicted at court of attempting to pervert the course of justice.

“He was sentenced to one year’s imprisonment which amounts to discreditable conduct under the Standards of Professional Behaviour.”

Chief Constable Shiner said: “The public expect the very highest standards of behaviour from police officers and rightfully so.

“Police officers can only police with the consent of our communities and that is on a basis of trust.

“Officers must act with the utmost honesty and integrity and abide by the law of this country at all times.

“A conviction for such an offence is discreditable conduct, therefore amounting to gross misconduct.

“This is a clear case where PC Noakes neither can nor should continue to serve in the office of constable.”

Sussex Police said: “The outcome decision in this case was dismissal without notice.”