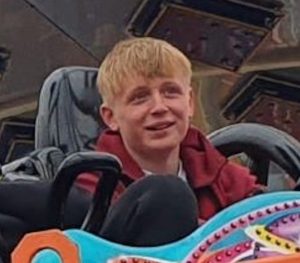 A 14-year-old boy from Brighton has been missing since Monday (23 August), Sussex Police said today.

This afternoon (Friday 27 August) the force issued a public appeal for help finding him.

Police said: “Have you seen missing Georgie Maynard, 14, from Whitehawk?

“The teenager has not been seen since he left an address in Whitehawk on Monday (23 August) and said he was getting a bus to Saltdean but did not arrive at his destination.

“Georgie is described as slim and 5ft 10in with blond hair.

“It is unknown what clothes he was wearing but he is believed to be in the Brighton and Hove area.